Welcome to the Cafe update and the first author today is in fact my guest tomorrow for the Book Reading and Interview, D. Wallace Peach. Diana is releasing three books almost back to back and following close on the heels of Catling’s Bane (The Rose Shield Book 1) is Oathbreaker’s Guild – Book 2, released on March 31st.  I am sure that you will enjoy asking your own questions tomorrow and over the weekend about this new series and Diana’s other work.

Catling, an aspirant of the Influencers’ Guild, learns to wield the power of the garden carved into her skin. Friends are fewer than enemies, and those who wished her dead now plot her failure. Sworn to the young queen, she enters the world of Elan-Sia where the powerful maneuver for control of the throne.

Amidst rising unrest in the south and increasing pressure from the seafaring Cull Tarr, the high wards of the tiers plot rebellion. Gannon stirs the warrens, and Whitt marches with the warriors of Guardian. Propelled by revenge, Catling journeys to Mur-Vallis. Her mission—to assassinate the man who stole her past, a task that will define her future. 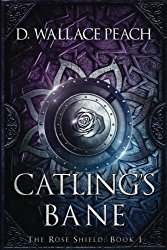 D. Wallace Peach creates an utterly original, lush and cohesive world inhabited by well-developed and multi-dimensional characters we instantly care about (even the minor ones), all the more so as the plot unfolds. And what a plot it is — no copycat fiction or cliche devices here. The concept of “influence” as an accepted part of life is not only entertaining but thought provoking; and the author’s attention to detail on how influence works grabs hold and will thrill true high fantasy readers who value intelligent rationale for magic. All I can say is … prepare to lose some sleep over this one. And the final chapter leads to a cliffhanger that will leave readers desperate for Book II.

I am a lifelong reader of fantasy, and out of what I’d guess to be nearly 1,000 books read to date, this book series is in my top five. Catling’s Bane is easily on par with the likes of Patrick Rothfuss (The Kingkiller Chronicle series), Karen Miller (the “Mage” series) and Glenda Larke (Stormlord series). I’m confident that many readers will, like me, add this one to their top shelf.

A selection of books by D. Wallace Peach. 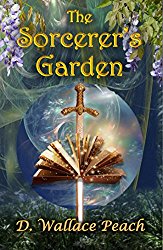 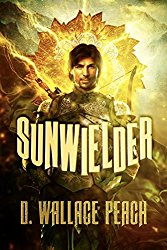 Drop in and meet Diana in person over the weekend and she will be looking forward to your questions in the comments section of the interview.

The next featured author is Alyssa Drake whose debut novel A Perfect Plan –(Wiltshire Chronicles Book 1) was published last year and has already received over 50 reviews.

Samantha Hastings lived a quiet, peaceful life on her family’s country estate. With no man to order her around and no stifling society rules to follow, she considered herself blessed. However, when her brother’s ship sinks during a short trip to France, Samantha receives a request from her sister-in-law to return to town and manage the late Earl’s finances. Suddenly thrust into society, Samantha faces an unfamiliar world and a pair of very familiar green eyes.

Lord Benjamin Westwood never intended on following through with his rash promise to his best friend. Now, with Edward’s death, Benjamin becomes the unwilling guardian to Edward’s bratty little sister, who has grown up considerably since the last time they met. His intention to marry her off to the first available suitor is thwarted when he finds himself falling for Samantha’s unique demeanor. He lights upon the perfect plan; a marriage of convenience, giving him the opportunity to romance Samantha without distraction.

However, when they discover Edward’s disappearance was due to foul play, Benjamin’s perfect plan begins to quickly unravel. Now, Samantha is in more danger than either of them realized and Benjamin is running out of time.

One of the most recent reviews for the book.

This book on the other hand was amazing! No “touching bosoms” or Fabio to be found …
By Cassandra-Anne Delorie on March 20, 2017

I’m usually not one for the Historical Romance genre. Mostly due to my own misconceptions regarding the flowery language, which makes me laugh uncontrollably, and book covers slathered with Fabio, who is NOT my idea of a handsome man.

This book on the other hand was amazing! No “touching bosoms” or Fabio to be found here, just a saucy romance between Benjamin and Samantha with a classic who-dun-it thrown in. I always love a good mystery and this one did not disappoint.

After the death of her brother Samantha is called back from the family estate to assist her sister-in-law with handling her brother’s finances. Samantha is a no nonsense woman who doesn’t need a man or high society to feel complete. Little does she know that both are going to come beckoning quicker than she thinks.

Benjamin is a notorious rake who has finally decided to settle down. There’s just one thing he has to do before he can pursue his own happy ending. As Samantha’s new guardian Benjamin is responsible for choosing her husband. One look at her though and all thoughts of anyone else but him filling her marriage bed leave him with a sour taste in his mouth.

I absolutely loved this book. As a debut novel goes, Ms. Drake has smashed it out of the park. As a matter of fact I didn’t even know this was a debut novel until I went on Amazon and read it in another review. The writing is excellent and witty with engaging characters and great dialog.

As with any genre there are hits and misses, this book is definitely a hit. I would gladly recommend this to all my bookish friends. I can’t wait to see what happens in the next installment.

Read all the reviews and buy the book: https://www.amazon.com/Perfect-Plan-Wiltshire-Chronicles-Book-ebook/dp/B01CMK5ZPU

And now for Stevie Turner and her latest book, the memoir Waiting in the Wings that was released at the end of last year.

At the grand old age of 92, my mother Dot suddenly starts telling me that she loves me. I am quite dumbstruck at these outbursts of emotion, as she has never mentioned the fact before in all of my 58 years. Over the entire course of my lifetime we have often argued bitterly, and have never really seen eye-to-eye over anything. I squirm with the inner knowledge that she wants me to reply in a similar vein, but try as I might, I cannot.

The guilt I feel at being unable to grant Dot her wish is overwhelming. As Dot’s health deteriorates more towards the final chapters of her life, I take on the role of carer. I find the only way to bring her out of her perpetual misery is to reminisce on past events by showing her old family photographs, and by helping her to remember holidays and happier times. We look back without anger and sometimes with a lot of laughter, getting to know each other better, raking over the past, and talking more than we have ever done. The process helps me, a middle-aged woman, understand the perils of ageing that I might one day face, and also the struggles that elderly people suffer on a day-to-day basis while stoically attempting to maintain their independence.

This is a true story, told in flashbacks and in modern-day often humorous conversations with my mother.

Mothers and Daughters By Amazon Customer on April 2, 2017

Turner’s memoir is an insightful story about a mother and daughter relationship that has moved to a new dimension. Throughout the author’s life she struggled with her relationship with her mother. Dot was set in her ways and always seemed to be trying to conform Stevie to what she wanted her to be. The angst Stevie felt growing up with Dot is documented through this touching and heartfelt memoir as Dot is now old and being an only child, Stevie has taken on the roll to care for her aging invalid mother.

Dot struggles to maintain her independence, making Stevie’s job somewhat more difficult to tend to Dot with her whims and antics, but it seems that the two find a common bond while exchanging stories from the past where Dot can be happy reliving her younger days, and where Turner establishes a common ground with memories they can bond over.

Many stories are shared from Turner’s childhood, about living under the eagle eye of Dot. We learn to understand that as much as Dot loved her daughter, she didn’t know how to show her love, which became a difficult burden for Turner to give her mother love in return.

As a child, Turner was tired of Dot’s OCD ways of life, and as a result, rebelled as many a child will do, with vowing not to be like her mother. Through this story, Dot’s anal ways could drive a sane person mad at times. Dot didn’t know how to show love and emotion and her methods of thinking she was doing so as a good mother were to nag at and not encourage her daughter for the attributes she possessed, but rather harped on how she thought her daughter should dress, and live her life, driving Turner batty, resulting in her wanting to keep in her own comfort zone, much as a loner.

As a memoirist myself, I know the angst of feeling sorry for an aging mother who never fulfilled me emotionally, and similar to Turner’s life, I understand the position she was in, finding it difficult to be able to tell her own mother that she loved her when the words were foreign to her all of her life. It brings a heart-crushing feeling when you can’t bring yourself to respond with those words, ‘I love you’, as I sensed the pathetic non-verbal pleading in my own mother too, wanting to hear me say those difficult words.

I highly recommend this book, not only for the manner in which it was written with entertainment value, but for anyone who has or is struggling with an aging parent, finding it difficult to forgive the past and to learn that there is always a way to make amends.

Read all the reviews and buy the book: https://www.amazon.com/Waiting-Wings-Stevie-Turner-ebook/dp/B01M3MOEPV

A selection of books by Stevie Turner 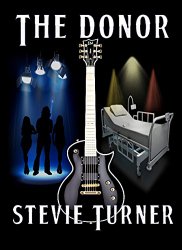 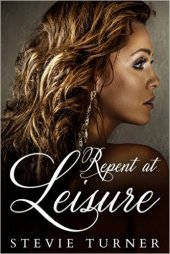 Read all the reviews and buy the books: http://www.amazon.com/Stevie-Turner/e/B00AV7YOTU

Thank you for dropping in today and if you have a new release, review or offer you would like to share then please let me know. If you are not in the bookstore you can join the oher 160 authors and here is how:

There is also an opportunity for any author to share their reviews even if they are not in the bookstore. Air your Reviews features the most recent reviews or perhaps a favourite review that sums up your book.

This is the most recent post that shows you the format.  All I need from you is the link to your most recent or best review from either Amazon or Goodreads.

Please feel free to reblog and share this post on your social media as it does help promote fellow indie authors. Thanks Sally