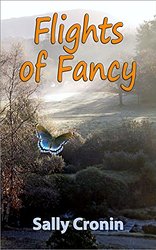 This is the novella in the second part of my short story anthology and is in three parts. Last posted a year ago and I hope that those of you who have not read before will enjoy.

THE SEWING CIRCLE – Part One

The sewing circle met at Betty’s flat on the ground floor of Malcolm House, every Tuesday and Thursday afternoon. There were six regular members and the odd person who dropped in who appreciated that the group was the source of gossip and information about the Redgrave Estate.

Copious cups of tea were provided with members taking it in turn to produce homemade cakes that were judged critically during the course of the afternoon. Recipes were swapped and toppings envied as the ladies knitted and embroidered the hours away.
All of the members were over eighty and had lived varied and sometimes tragic lives. All had been born and brought up in this deprived area of South London and the fact that they still participated so fully in their lives was a testament to their strength of character.

The tenant of the flat, and gracious hostess, was Betty Smith. She had been lucky in as much as her husband had lived long enough to enjoy ten years of retirement with her. They had lived in the annexe of their son’s lovely house near Chelmsford but after Arthur’s death, Betty felt lonely and isolated, with her son and daughter-in-law out at work every day. She moved into the flats five years ago and was delighted to find that several of her old friends were not only still alive but resident on the estate. She was now eighty-six and a firm favourite with the younger children on the Redgrave who were the eager recipients of her cupcakes.

Mary Jones was eighty-three, had lost two husbands in the Second World War, three children as babies, and had toiled into her seventies as a cleaner at an office block in the heart of the City. Her wrinkled face identified a life-long affair with nicotine and her skin had the patina of a well-polished piece of walnut. Mary was the matinee-jacket expert, having knitted for four generations of the offspring of her two surviving daughters. Her eyesight was not all that it used to be but her loving family forgave her the odd dropped stitch. Arthritis made it difficult for her to get out on her own and the other more mobile members of the circle would walk with her to the post office to collect her pension on Thursdays and to the convenience store on the corner of the estate. She had recently started using a wheeled stroller and was very pleased with her new-found independence. With the help of her neighbour she had even made it down to the Red Lion pub for the pensioner’s special one week and was planning to make this a regular outing.

Sylvia Ross, the youngest member of the circle, was a bit of a mystery as she always changed the subject when asked about her early years. She had no family, by all accounts, and even when firmly pressed refused to give details of where she was born or brought up. She once let slip that she had been married but then changed the subject which, of course, elevated the curiosity of her fellow members to extraordinary levels. This resulted in a certain amount of behind the scenes digging and once or twice snippets of an enticing nature were ferreted out, only to fizzle away from lack of information. She was just eighty and extremely elegant. She always wore a smart suit to the sewing circle although it was obvious that the classic clothes were decades old.

Her blonde hair was touched up every month by the hairdresser in the high street and her nails were the envy of all the teenage girls in her block. The circle marvelled at her ability to embroider with her extended, red talons but liked her too much to pass comment. They doubted that they would ever get to the bottom of the mystery, but Sylvia was a lively and generous member of the group who was always there if one of them was ill or needed something special brought back from the shopping precinct. She truly had a heart of gold.

Maggie Baxter was originally from Jamaica and had married a seaman from Hackney in the fifties. She had the most wonderful laugh and her generous spirit was well known throughout the estate. A trained nurse, she had acted as the community midwife for over twenty-five years and even now, at eighty-five, was called upon regularly by the young mother’s on the estate for help and guidance during and after their frequent pregnancies. Nothing shocked Maggie and she could be relied on to keep a secret. She was not above giving some of the younger, more obnoxious, residents of the estate a quick smack if they got out of hand on the stairwells, but on the whole even the toughest of adolescent boys who roamed the estate, jobless and bored, knew that Maggie Baxter would be there if they needed them.

Her friends in the sewing circle warned her however that she needed to be careful. In recent months, several new families had been housed on the estate and their rowdy kids were an unknown quantity. In fact, petty crime was on the increase despite the fact that they had their own community police presence, and on two occasions recently elderly residents had been mugged and injured on their way back from the local shops.

The frailest of the group was Flo Miles, a tiny little woman who had amazingly borne twelve children, all of whom had survived wars and sickness. She had thirty-six grandchildren and fifteen great grandchildren and at ninety years old was considered the queen of the Redgrave. She had lived there since it was built, twenty years earlier, and knew every little bit of gossip there was to be had about the residents. The other members even suspected she knew more that she was telling about Sylvia Ross but on this subject, she was strangely close-mouthed. She was also fearless and despite her fragile appearance walked herself to and from the local Bingo Hall despite her friends’ insistence that she go by taxi. The fact that she was a prolific winner also worried the members of the sewing circle, but she did make the compromise that on nights that she won money she would get a cab home and get the driver to walk her to her ground floor flat, conveniently close to the parking area.

Sarah Dempsey or big Sal as she was known to her friends and neighbours was a gregarious and fun loving Irish woman who had come over to London as a spinster of thirty-eight, in the late 1950’s. She had cared for her parents until their death and then found herself evicted from her family home by her brother who had inherited the lot. He had begrudgingly given her forty pounds and bought her a one-way ticket to England. Luckily, Sal found a job as a waitress in a large department store in Knightsbridge and being the hard worker that she was she remained in that job for over thirty years. She had a lovely little pension as well as her state benefits and she adored giving unusual and unexpected gifts to every one of her acquaintance. She was treasured by everyone, especially when she burst into song at quiz nights, and other functions, at the community centre in the middle of the estate.

So, here was the sewing circle, a group of friends who were independent and who took care of each other lovingly. All very different, but all intent on one thing, ending their lives with dignity and in the company of people they cared for.

There was just one problem and that was the Jackson family. The Jacksons had moved onto the estate after being moved from two other communities because of their unreasonable behaviour. Archie Jackson was in prison for violent offences more than he was out and his wife Sharon was a loud-mouthed harridan who could be heard through the thin walls of the flats, shouting and swearing throughout the day and long into the night. They had five children although it was a mystery to everyone how she had so many bearing in mind that Archie was inside most of the seventeen years they had been married. The more uncharitable amongst the residents speculated on the difference in look and colour between the offspring and there were certainly enough suspicions to cast doubts on Archie’s participation in some of their conceptions.

Everyone on the estate gave the Jacksons a wide berth. Since their arrival, petty crime on the estate had risen dramatically and the residents’ committee had even requested a meeting with the Police representative to try to stem the tide of thefts and muggings that suddenly affected the area. The police did what they could and in fact, they did catch the older Jackson boy, Darren, red handed shoplifting from the corner shop. But because he was only fifteen he was let off with probation. Next, the committee tried the council who said that having moved the Jackson’s twice already they were running out of options. There were suggestions from some of the residents that a prison ship or deserted island would be a suitable place to move the family but in the end, the council promised to try to find alternative accommodation away from the Redgrave.

Hoping that a resolution was only a matter of weeks away everyone on the estate held their collective breath and trusted that not too much damage would be inflicted on property, or themselves, in the meantime.

This wish was not to be granted and for one of the members of the sewing circle, life was about to take a desperate turn.

The next part of the story will be on