Welcome to the post where authors can share their most recent reviews and the first author today is Jena C. Henry with a recent review for the second book in The Golden Age of Charlie: RSVP

About The Golden Age of Charli: RSVP

Charlotte McAntic spent her thirties, forties, and even fifties in peace and harmony aligning her marriage, mortgage, careers, and children. As she stumbles into a new phase of life—also known as the Golden Years—Charli cannot help but wonder where the gold and her husband, Pud, are hiding.

Pud is happily cruising down the retirement path that, for him, leads straight to the golf course. While Charli spends her days at home cleaning out closets and the basement, she yearns to gaze deeply into Pud’s blue eyes and remember all the reasons why she fell in love with him thirty years ago. Unfortunately, the only thing Pud is eying is the next fairway. Knowing there is more to savor in retirement than silver-hair shampoos, senior discounts, and hernia surgery, Charli embarks on a quest to do whatever it takes to spend retirement in the embrace of the man she loves. But is it too late for happily ever after?

In this humorous novel, a high-energy wife and her solid guy must learn to adjust to a new chapter in their lives and find their way back into each other’s hearts after their retirement begins with a jolt.

The most recent review

A charming and hopeful read! By Julie Gardner on August 16, 2017

While reading The Golden Age of Charli: RSVP, I moved from wanting Charli to be my aunt, to wanting Charli to be my best friend, and finally to wanting to BE Charli when I retire someday. I found the main character to be delightful, warm, honest and fun; and I appreciated her life’s motto – “press on” – and admired her determination to deepen her relationships with her husband (the newly-retired and golf-loving Pud) and with her many nieces and nephews.

I also found myself drooling over the author’s abundant descriptions of food, wine, and cocktails – an unexpected and delicious part of this book! One month from now, my youngest will be heading off to college, so I ended up relating more than I expected I would to Charli’s empty-nest pursuits. Although my husband and I are far from retirement, I still felt a kinship with Charli, and I look forward to reading the next books in Jena Henry’s charming series!

Read all the reviews for the book and buy: https://www.amazon.com/Golden-Age-Charli-RSVP-ebook/dp/B0157KR7RQ

Read all the reviews and buy the books: https://www.amazon.com/Jena-C.-Henry/e/B014PLDN12

Connect to Jena via her website/blog: http://www.jenabooks.com/

The next author with reviews coming in for his recently released memoir What Did I Do? is Chuck Jackson.

About What Did I Do?

What Did I Do?  is Chuck Jackson’s true recollection of the abuse he received from both his parents. It is a story where he spent years struggling to please them without succeeding. It is a story where they told him he was irredeemable and unworthy of being their son. When he saw love and happiness in other families, he wondered why not his.

Chuck came out of the darkness to expound on the stigma attached to child abuse. He admitted to the affects of shame, anger, guilt, and depression that he and so many experience. He tells the story of survival where he felt invisible. Follow him where he sought a warm touch and a kind word of praise. Follow his desperation for love from anyone. Follow Chuck’s story and help answer his question, What Did I Do?

THIS IS A TRUE STORY OF CHILD ABUSE BY PARENTS WHO, FOR WHATEVER REASON, MADE THIS BOY’S CHILDHOOD A LIVING HELL.

It is also a story of a boy’s decision to survive and put it all behind him and make a life for himself, and to succeed in life. What struck me is his father was a senior Non-Commissioned Officer in the United States Air Force for over twenty years. A dedicated man in the service to his country, Had his commanding officers known of his abuse of his son, he would have been Courts-Martialed and kicked out of the service, at a minimum, Discharge, other than Honorable.

CHUCK JACKSON has written his life’s story and it should be read by parents who are guilty of abusing their children, and most important, by kids who are victims of abuse. His life, and his survival remind me of DAVE THOMAS, founder of Wendy’s, and DAVID JANSSEN, the star of “THE FUGITIVE”, whose mother placed him in a Boy’s Home for three years, where he was subjected to BULLYS,

This is a very good read.

Read the other reviews and buy the book: https://www.amazon.com/What-Did-I-Do-Memoir-ebook/dp/B073R2B3RK

Read all the reviews and buy both books: https://www.amazon.com/Chuck-Jackson/e/B01IX2PBEG

Connect to Chuck via his website and blog: http://www.chuckjacksonknowme.com/

The last author with a recent review is Deborah Jay with The Prince’s Man which Book One in The Five Kingdoms Series. 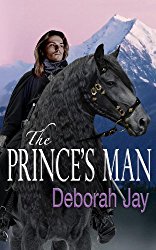 About The Prince’s Man

Rustam Chalice, dance tutor, gigolo and spy, loves his life just the way it is. So when the kingdom he serves is threatened from within, he leaps into action. Only trouble is, the spy master, Prince Hal, teams him up with an untouchable aristocratic assassin who despises him.

And to make matters worse, she’s the most beautiful woman in the Five Kingdoms.

Plunged into a desperate journey over the mountains, the mismatched pair struggle to survive deadly wildlife, the machinations of a spiteful god – and each other.

They must also keep alive a sickly elf they need as a political pawn. But when the elf reveals that Rustam has magic of his own, he is forced to question his identity, his sanity and worst, his loyalty to his prince.

For in Tyr-en, all magic users are put to death.

Award winning novel, THE PRINCE’S MAN is a sweeping tale of spies and deadly politics, inter-species mistrust and magic phobia, with an underlying thread of romance.
The latest review for the book

Elves, Magic, and Spies–what a fast-moving tale By Jacqui MurrayVINE VOICE on September 7, 2017

Deborah Jay’s The Prince’s Man (Amazon Digital Services 2014) is a beautifully told epic of noble people, magic, elves, and vicious trolls. Rusty is a bon vivant male companion to wealthy women and undercover spy in the service of his king. To save the kingdom, he partners with a woman–something that just isn’t done in this fantastical world–and together they rescue a captured elf in the hope it will garner the assistance of his kinsmen. As they travel the long journey required to return him to his home, they face trolls, sprites, and elementals, each with their own goals and none of which help the pair succeed. When they finally reach their destination, they find this is only the beginning of a mission fraught with danger, unusual alliances, and death-defying consequences.

This elaborately constructed world of royalty and spies, intrigue and romance, is truly is a mix of fantasy and 007. In so many ways, it resembles the delightful conniving multilayered world of the French and British court life with its flirtatious characters, the one-upmanship of lords and ladies, and the subterfuge that can surface at any moment to threaten the ruler. But when you add an elixir that offers the fountain of youth, the price of victory or defeat skyrockets. This award-winning story, the first in the Five Kingdoms series, is intricately woven, dramatically told, and filled with twists and turns that will keep every reader guessing.

Read all the reviews and buy the book: https://www.amazon.com/Princes-Man-Five-Kingdoms-Book-ebook/dp/B00I9N2Q20 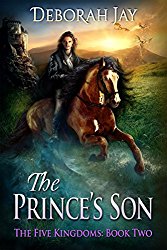 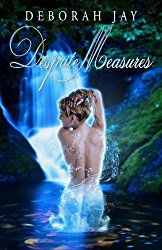 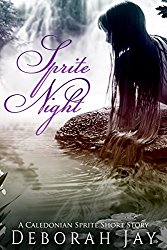 Thanks for dropping in today and if you are an author in the Cafe and Bookstore and have a new release or a great review that you would like to share.. please drop me a line at sally.cronin@moyhilll.com. Thanks Sally