A fabulous story by D.Wallace Peach to bring some romance and mystical magic to Christmas. I know you will love it. 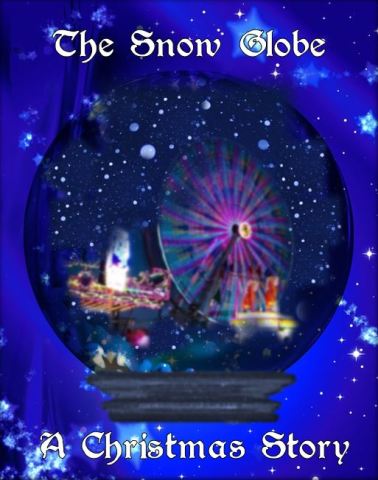 Delores perches at the scuffed counter of Dee’s Diner on Christmas Eve, keeping one bespectacled eye on Angie as the waitress mops the linoleum floor. The sign on the front door has already flipped from “Open” to “Closed,” and the crimson Panhandle sky fades to a duller shade of rose, a single bright star glimmering on the eastern horizon.

“Thanks for closing early, Dee,” the teenager says.

“No problem, honey. I got plans too.”

Angie looks up and smiles, clearly skeptical, but too kind-hearted to ask. It’s no secret Delores lives alone, unmarried, and childless—except for Buster the cat, who’s not particularly festive when it comes to the holidays.

At closing time, sole proprietor, boss lady, and down-home cook, Delores has slipped off her God-ugly orthopedic lace-ups and donned her purple slippers. She’s been on her feet since a quarter to dawn, and the dogs are hurting puppies. While Angie dumps the dingy water and tucks in the chairs, Delores cleans the kitchen grease from her fingernails with a tarnished nail file. She squints at an old yellowed newspaper, occasionally popping wilted pea pods between her dentures, too soft to serve up and too wasteful to toss out with the trash.

“Are you going to the carnival this year?” Angie asks.

“No need.” Delores looks through the front windows, ignoring the old rain streaks. Across the paved lot, just to the other side of the train tracks, this year’s carnival sets up at the parish fairgrounds. Through the thick lenses of her bifocals, the colorful lights trimming the booths and spanning the spokes of the Ferris wheel blur into a kaleidoscope of stars. A white-suited man on stilts, graceful as a heron, hangs gold garland decked with chrysanthemum blossoms along the arch over the entrance.

“Have you ever gone?” Angie asks, her tasks done, a denim purse hanging from the crook of her elbow.

“Not since I was sixteen, the first year they came.” Delores looks at the young waitress over her glasses as a lock of white hair slips from its bun, brushing her cheek. “Honey, it’s the same carnival every year.”

“For a hundred years?” Angie asks straight-faced and then giggles.

“Not quite but close enough,” Delores replies.

“And miss out on working Christmas Eve?” Delores shoos her off with a huff. “Get going and have a Merry Christmas now. I’ll see you Monday.”

Angie gives her an awkward kiss on the cheek and echoes a “Merry Christmas” before letting herself out.

As Angie’s taillights turn the corner, Delores picks up the paper and shuffles back to her closet-sized office. She rummages in the bottom drawer of her old metal desk, unearthing the small box she stashed there a year ago and leaving the paper behind. From the box, she gently lifts a snow globe the size of a plum.

Back at the counter, she places the magic ball before her, adjusting her glasses to better see the tiny carnival inside, its eternal snow blanketing the painted fairgrounds. With a sigh, she waits, tapping cracked fingernails on the counter, clicking her false teeth, and peering into the night.

The light post at the corner flickers on, attracting swirling bugs like gold dust, and an armadillo in search of insects scurries from the palmetto and arrowroot at the lot’s edge. That’s the sign she’s been waiting for, and her memory draws near.

Reverently, she shakes the globe, the tiny Ferris wheel and colorful tents caught in a swirling underwater blizzard. In the corner of her eye, Christmas lights trimming the window sparkle on. The diner shines like new, red booths without a single burn or duct-taped patch, floors pristine, the counter gleaming like a sheet of ice. A garland bearing real pinecones drapes the kitchen door. Dainty jelly-jars with sprigs of native mistletoe and sand pine adorn every table. And a Christmas stocking hangs from the counter by the register, filled with gingerbread stars she baked that morning, on sale for a nickel.

In the diner’s corner, The Dean Martin Christmas Album spins on the record player, the needle hitting the vinyl with a soft crackle and hiss. White Christmas fills the warm Gulf air.

She hears it before she sees it. A brand spanking new 1966 Mustang convertible cruises into the lot. The car with its long hood is the color of ripe cherries with a red and white pony interior and Rally wheels that shine like polished silver. The man at the wheel parks by the orange trees that border the diner and glances toward the door, looking disappointed until she hurries over and flips the sign from “Closed” to “Open.”

He smiles and steps from his car, tossing the keys and snatching them from the air like a man with a silver dollar to spend. He’s a few years older than she, maybe twenty, dark-eyed with a halo of black gypsy curls and a black leather jacket. The bells over the door jingle. “Are you open?”

“A little while. It’s Christmas Eve,” she explains, brushing back a blonde lock and fighting a blush. “I was closing, but I can get you some pie or something.”

“For the carnival.” He gestures over his shoulder.

“I’ll have to brew a pot.” She walks behind the counter. “It’ll take a while.”

He sits at the counter while she scoops coffee into the big percolator and Dean croons I’ll Be Home for Christmas. “Is it fun traveling so much?” she asks, turning to face him, elbows on the counter between them. “Do you ever wish you were home for Christmas?”

From his pocket, he pulls a snow globe and swirls the snow. The tiny carnival inside comes to life as the storm spins. He holds it up between their eyes. “My home,” he replies.

“The carnival,” she whispers, caught in the whirling snow. “How long you been with the carnival?”

“A hundred years,” he replies softly, his words drifting into the air like magic.

She smiles as the snow falls. “Will you stay with the carnival forever?”

“Forever if I could.” His eyes catch hers over the globe. “You sure are pretty. Are you alone?”

He nods and reaches across the counter, taking her hand and guiding her to the end and into his arms. Silver Bells sings from the record player as they dance in the center of the diner floor, hand in hand, like a pair of old lovers. He plucks a sprig of mistletoe from a jar, and holding it over her head, kisses her, a first kiss that lays open her heart and seals it like the carnival in a swirling globe of snow.

“I should get back,” he says, finally letting her go.

“Oh, the coffee!” She laughs and hurries behind the counter. In minutes, the steaming coffee cups are nestled in a sturdy box. “That’ll be three dollars, please.”

“Leave the globe on the counter next Christmas Eve,” he says as he hands her four singles and cants his head toward the snow-laced carnival. “I’ll come home for Christmas.”

“For a hundred years?” she asks.

“I’ve loved you a long time already.” He kisses her sweetly and picks up the box. She holds the door open to the balmy night and watches as the red mustang crosses the track and glides under the carnival gate.

“I’ll wait for you,” she whispers and flips the sign to closed. Silent Night ends with heavenly peace, and the record player’s arm lifts.

Delores drags her feet to the office and tucks the snow globe in its box in the desk drawer. She pulls out the paper and rereads the old article about a young carnival worker killed in a Ferris wheel accident back in ‘66. David Williams. She’d never asked his name that night.

The paper slides into a plastic bag and joins the small box. Back in the front room, she switches off the old diner’s lights and steps outside to lock the door.

Across the tracks, the carnival is a radiant haze of color and light. “Merry Christmas, David. See you next year.”

My thanks to Diana for this amazing story and I am sure that you will enjoy her books too.

D.Wallace Peach has just released her first children’s book, Grumpy Ana and the Grouchy Monsters. Not only written by Diana but illustrated by her too. An amazing amount of work but as you will see from the cover it is fantastic. Available in print only in US, UK and Canada.

Grumpy Ana Goblyn is sour, dour, and cranky. Her lips droop in a frown. She’s bored with every place and person in her friendly town. With the help of her father, she builds a spaceship and travels to a soggy planet where she meets her perfect monster playmates. But there’s a problem! The monsters see her grouchy frown and think she’s a monster. In this children’s space adventure, Ana discovers that her attitude affects her happiness, and she can change it if she chooses.

Molly M. Stevens 5.0 out of 5 stars Delightful children’s book that adult readers will love, too.

Paradise is boring to Grumpy Ana. She climbs into a spaceship and finds her soulmates on a ‘sodden planet with a boggy seaside town.’ She thinks the monsters are as grumpy as she is, but when she scares them off with her attitude, she has an epiphany. Maybe she’s the one with a problem and life back home wasn’t so bad after all. What a delightful book with beautiful illustrations and rhymes that children and their adult readers will love.

Read the reviews and buy the book: https://www.amazon.com/Grumpy-Ana-Grouchy-Monsters-Childrens/dp/1975723945

A selection of other books by D. Wallace Peach 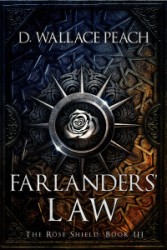 To discover all the books and read the reviews and buy: https://www.amazon.com/D.-Wallace-Peach/e/B00CLKLXP8

If you would like to share some of your festive archive posts for December from when you began blogging, then please send one or two links to sally.cronin@moyhill.com.

144 thoughts on “Smorgasbord Christmas Posts from Your Archives – The Snow Globe by D. Wallace Peach”