It is my pleasure to welcome author Lucinda E. Clarke this morning for the Getting to Know You interview.  Born in Dublin but officially a citizen of the world, Lucinda has been a professonal writer for over twenty years and had also run her own production company in Africa.

Let’s find out a little more about Lucinda before finding out the questions she has responded to.

Lucinda E Clarke [not her real name] was born in Dublin, but has lived in 8 other countries to date. She wanted to write but was railroaded into teaching. She had a habit of “falling” into other careers, announcing on radio, then scriptwriting for radio and television. She has been a professional writer since 1986 winning over 20 awards for her work, including mayoral speeches, company profiles, drama documentaries, educational programmes for radio and television, adverts, news inserts, court videos, National Geographic, cookery programmes, to name but a few!

She lectured in scriptwriting, had her own column in various publications, and written for national magazines. She was commissioned for two educational books by Heinemann and Macmillan, and book reports for UNESCO and UNICEF.

She graduated into running her own video production company in South Africa.
“Walking Over Eggshells” is her first self-published book, an autobiography which describes her adventurous life, trying to escape the emotional abuse she suffered from early childhood.

She published her second book a novel, “Amie an African Adventure” in July 2014, already a #1 bestseller in genre on Amazon.co.uk.

Lucinda’s third book ‘Truth, Lies and Propaganda’, was published on Amazon on November 30th 2014. It is the first in a series of two books and ‘More Truth, Lies and Propaganda’ is due out in 2015. They follow the author’s journey from the classroom to radio announcing, on to television and finally to setting up her own video production company. The books are packed with anecdotes of the often hilarious things that happened while out shooting a wide variety of subjects, taking the reader behind the scenes in the media and highlighting South Africa and its people.

The second book in the Amie series Amie and the Child of Africa was released in October 2015. Amie: Stolen Future in November 2016 and Cut for Life in September 2017.

I will share more about Lucinda’s books later in the post but first.. let’s find out more about the questions that she has selected today.

Welcome Lucinda and can you describe one most embarrassing moment of your life?

The first one I can think of, though heavens there are many, was the day we were out shooting in a township area outside Durban. There were four of us, a cameraman, production secretary, sound guy and me directing it all (otherwise known as bossing people around). I was always wary when we were in areas unaccompanied by a local member of the community, but we just needed a few scenes to complete a programme.

To my horror, we had only just set up and the shots rang out, very close and coming from all directions. I’ve always prided myself on my survival instincts and threw myself flat on the ground yelling to the others to do the same. It was several seconds before I realized that they were all staring at me and giggling very loudly indeed. Slowly I stood up, covered in gravel, mud, sticks and dried leaves. It was the beginning of Divali – time to light the fireworks. I never lived that down.

Tell us about your craziest experience.

Now the date is very important as it’s the anniversary of the day Colonel Ghadaffi liberated his country and this particular year was the date he decided to come down and inspect the navy moored in the harbour (one gun boat 16 foot long).

There was a loud explosion. An attempt on his life? (There had already been over 60 so far but the Americans and the British had protected him). All I know is that when I arrived for my shift, at the radio station I was met at the barrier by a plethora of soldiers waving guns with fixed bayonets. They stuck to me like glue, in the news room, in the studio, the sharpened blade pricking my neck all the time I was on air, even to the loo (I promise you I needed it). It was terrifying, especially as I doubt they spoke English and I didn’t know what would set them off. They even held a gun on the controller who’d turned white. Never have 4 hours passed so slowly and I staggered out a shadow of my former self.

Have you got a secret talent nobody knows about?

I’m ashamed to admit that I haven’t, or if I have, I’ve yet to discover it and I’m getting a bit old for one to pop up suddenly at this late stage. Honestly, I’m hopeless at most things. I hate housework, I’m hopeless with fashion – many of my friends look great in a bin bag, I look as if I am wearing a rubbish sack. Once upon a time I played the violin (badly), sung (only if the backing group was very loud) and I still count on my fingers, which refused to work together when I attempted to learn to play the piano. Nope, not a single shred of talent to be found anywhere.

What does it take to make you angry?

I don’t get angry very easily, one of my mottos is ‘Live and Let Live.’ I enjoy a good debate and will agree to disagree. However, I get cross when people have too many children they expect other people to support, cut down trees and disregard the environment. I also get angry with the treatment women suffer as second-class citizens and possessions, in the west we have it the best and that’s still not great. I also get cross when people moan and groan and try to get money for everything that goes wrong.

I’d like to drag them into a squatter camp in Africa and show them what real poverty is. And finally, when people refuse to take responsibility for their own actions – too many rights, no responsibilities.

What is something you look forward to when you retire?

I admit to not being ready to retire when we arrived in Spain although I was the right age. I was so excited, I could lounge around over breakfast, read books all day, wander along the beachfront and so on. That lasted all of 6 months and I was bored to tears. We moved and that occupied me for a while, then I threw myself into local activities, started learning Spanish, taught myself power point and gave lectures but all that didn’t keep me busy enough. So, I went back to writing and then the marketing and … need I say any more? Retirement is now a 24/7 work station at the dining room table in our little rabbit hutch and planning overseas trips we’re not sure we can afford. Believe me, retirement is exhausting.

I think most of us who are officially ‘retired’ would agree with that final statement!  My thanks to Lucinda for sharing some of her thoughts and experiences with us and now time to share the fruits of her retirement! 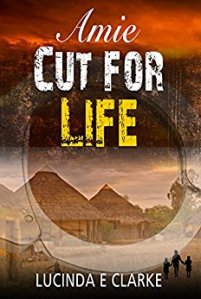 Amie: Cut for Life is Lucinda’s latest book in the series.

They told Amie it was a simple look, listen and report back mission, but from the beginning everything went wrong. She is stalked across borders, the aid workers act suspiciously, she’s assaulted, and abandoned in a rural African hut miles from anywhere. What has happened to her partner Simon and can she trust the charismatic Frenchman who befriends her? The discovery of an ancient tribal tradition and a group of young children to rescue, test her skills to the limit. For the first time, she is prepared to kill to protect the innocent caught up in an international sex trade with an extra horrifying twist.

I must say that I’m a huge fan of Amie the spy who doesn’t think she’s any good at it. This time Amie is faced with a terrible dilemma when she spies her parents in a shopping mall in Johannesburg. Should she compromise her position by letting them know she’s still very much alive? Of course she convinces herself that she must. However that decision has implications for future events.

Her next mission is to be apparently, a simple one. She is to join a group of aid workers on a fact finding mission. They are to visit various settlements and report to the British Government back on a number of issues. Very soon she makes a terrible discovery. Young girls are being sent to Africa to undergo FGM. But what else is happening to them?

Our intrepid heroine also discovers that some of her fellow aid workers are not all they appear to be. She has to rescue some of these children and lead them to safety putting herself in mortal danger. I love the way the character of Amie has developed and become someone we really care about. She’s totally believable as she questions herself and makes mistakes. Amy is tested to the limit but eventually succeeds with her mission.
It’s a fast paced thriller and the tension never lets up from start to finish. As well as that there are some wonderful descriptive passages which help readers visualise certain areas of Africa. Just superb writing! The author tackles the subject of FGM and child trafficking and opens reader’s eyes to these horrific practices that are sadly all top prevalent even today. I can only pray that eventually this mutilation of young women and girls will be stopped. It’s to the author’s credit that she chose to highlight this abhorrent practice. I can’t wait to see what Amy gets up to next.

Read the reviews and buy the book: https://www.amazon.com/Amie-LIFE-Lucinda-E-Clarke-ebook/dp/B07545M9DB

Other books by Lucinda E. Clarke 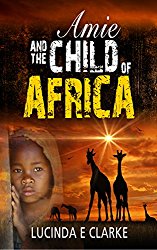 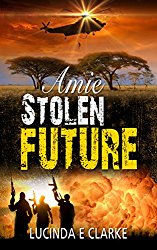 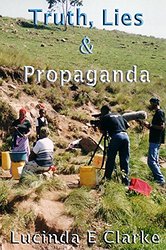 Read the reviews and buy all the books: https://www.amazon.com/Lucinda-E-Clarke/e/B00FDWB914

And on Amazon UK: https://www.amazon.co.uk/Lucinda-E-Clarke/e/B00FDWB914

Connect to Lucinda via her website and social media.

64 thoughts on “Smorgasbord Blog Magazine – Getting To Know You with author Lucinda E. Clarke”