At choir last week, rehearsing Rossini’s Petite Messe Solennelle, there was a massive crescendo and the pianist stopped accompanying to announce: “That’s known as a Rossini Rocket.” It really is, apparently. Respect.

It set me wondering about Rossini Rockets in literature. Huge, telling moments when everything catches fire and the reader can hardly hear herself think. Battle scenes in War and Peace. Anything involving Bill Sykes or Becky Sharpe. The fire in the picture gallery at Soames Forsyte’s house. Fires anywhere – think of Jane Eyre and Miss Havisham. The 19th century may have been better at this. Presumably, something sparks somewhere in Fifty Shades of Grey, although I only got to around page 53 when I found it in my cousin’s guest bedroom. Nothing much was even smouldering by then, so I went to sleep.

Rossini could write a telling overture too, but authors need a rocket, or at least a hook, right at the start. Dickens has the best opening line ever: “It was the best of times; it was the worst of times” (A Tale of Two Cities). What scope he gives himself, with that, for anything at all to happen, in any possible way. The reader is agog. “It is a truth universally acknowledged…” is a Jane Austen opener we can all finish in our sleep, but fans of John Crace’s Digested Read  will note the whole plot is in that statement. With that sentence, Austen could have cut her words by 122,166 and still had the story (my thanks to My Particular Friend for the word count).

A weak opening line doesn’t have to be the end of sales and reputation though. Consider Marcel Proust’s “Longtemps, je me suis couché de bonne heure.” It loses a comma without gaining interest in translation: “For a long time I used to go to bed early.” Don’t expect nightlife or shenanigans in these nine volumes (though if memory serves even Proust got somewhere, if only with his grandmother, before page 53). Yet over time, sales have held up.

Moving on a century or so, authors can still get away with an apparently humdrum first sentence, if it implies something’s about to change. Here’s Eleanor Oliphant: “When people ask me what I do—taxi drivers, hairdressers—I tell them I work in an office.” The thick paperback in your hand is festooned with award stickers. Clearly, the next 380 pages aren’t going to dwell only on the malfunctioning photocopier and the daily email avalanche. Similarly, to avoid boring you with data, from now on I’ll give only the author’s name with the quote. The works they come from are easy to look up, and whether you do will be the proof of how enticing these first lines are.

An author can be explicit: “Let us begin with two girls at a dance” (Maggie O’Farrell) or you can begin at the end and work backwards: “I am nothing but a corpse now, a body at the bottom of a well” (Orhan Pamuk).

I tried to emulate this in my first novel – “Adrian Hartman wasn’t expecting to die that day, so he hadn’t thought to make a will.” But Pamuk’s corpse makes a bigger splash. (A note: Der Infinity-Pool was published in German today! If German is your mother tongue and you’d like to review it, please get in touch. Adrian Hartman hatte nicht damit gerechnet…)

Authority with a sense of conflict is good: as Jean Rhys tells us: “They say when trouble comes close ranks, and so the white people did.” Or a statement with immediate denial, preferably containing an emotive word: “People think blood red, but blood don’t got no colour.” (Marlon James).

Fitting in both terror and desire is daring: “I am standing on a corner in Monterey, waiting for the bus to come in, and all the muscles of my will are holding my terror to face the moment I most desire.” (Elizabeth Smart). But Jeanette Winterson gets away with dull facts, the better to put a rocket up the following two sentences: “Like most people I lived for a long time with my mother and father.”

Most authors would be wise to use emotive words more sparingly than the genius Smart.

Here’s a selection: blood, as above, and war (here’s Robert Harris who knows how to grab an audience: “Major Picquard to see the Minister of War…”). Also love, heart, sick(ness), death/die, swell, ballroom, gusto, wedding, child, dreams, dawn, waves, not forgetting oddballs with overtones: my personal favourites include boulevard, wisteria/lilies, pitcher/striker, klaxon. Words can combine to kick the reader awake: “All at once the flat was full of noises” (Nicci French) or “It was a bright cold day in April, and the clocks were striking thirteen”(George Orwell). If anyone wants to explore this more deeply, the author Kit Whitfield wrote a series on opening lines that leaves this article at the starting blocks.

I’m tempted to follow next time with a post on endings (as a child, I always used to turn to the back and read the last line first. I must have found it reassuring. ) The trouble with that is, it might involve spoilers for anyone who hasn’t yet had the pleasure/excitement/horror of reading my recommendations. Let me know in the comments below whether you’d like me to go ahead anyway, and meanwhile I’ll leave you with the last word, as used by Rossini. I think we’ll have to call it a Rossini Cop Out, but the music is sublime. “Breathe after men”, was the conductor’s instruction to the sopranos. Maybe it does have something in common with Fifty Shades after all. Start on page 77 and sing: Amen. Amen. A-a–amen. Amen. A-a-a-a-m-e-e-en, men. Amen (repeat and enjoy for 8 minutes 30 seconds, and you can see us in action on October 20th). 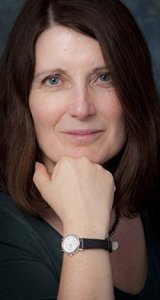 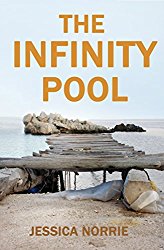 My thanks again to Jessica Norrie for giving us something to think about. And congratulations on the release of her book in German.

As a writer that first line has always been the most difficult to get down on paper. Perhaps because we are all aware that it will be the first thing read by a reader we wish to engage as quickly as possible.

“Call me Ishmael. Some years ago – never mind how long precisely – having little or no money in my purse, and nothing particular to interest me on shore, I thought I would sail about a little and see the watery part of the world.”

How about you let Jessica and I know what your favourite opening line is and from which book and if you would like to find out more about final lines of books. They too carry a great deal of weight.

Thanks for dropping in and look forward to hearing from you.  Sally