Delighted to feature the latest release from Paulette Mahurin – A Different Kind of Angel.

As with all Paulette’s books, profits from will go to rescue dogs from kill shelters. 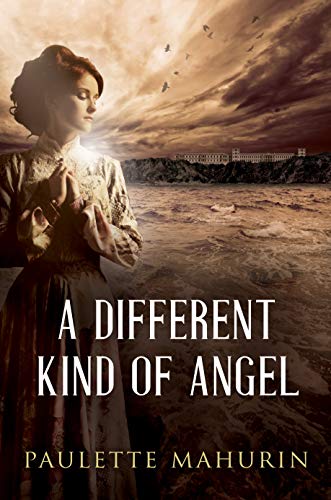 About A Different Kind of Angel

Inspired by real events chronicled by a journalist for The World News, Elizabeth Cochrane (pen name, Nellie Bly), in 1887.

Klara Gelfman’s life in Kiev was serene until she turned nineteen. That’s when Russia’s Tsar Alexander II was assassinated, and a vicious propaganda campaign spread that blamed the Jews for his death. Klara and her family became victims of the many pogroms breaking out throughout Russia. None were so violent as what hit Kiev in 1881. It was there that Klara’s family was torn asunder and her world changed forever.

This is the story of what happens to this traumatized, orphaned, young Jewish woman when she escapes Russia and crosses an ocean to arrive on the rough streets of New York City able to speak only a few words of English. There, in the land of the free, Klara’s life is thrown into turmoil when she is mistaken for a drunken prostitute. Mistreated by those entrusted to protect her—the police, a judge, doctors, and nurses—she is condemned to an unrelenting hellscape when she is incorrectly and involuntarily committed to a lunatic asylum.

At a time when women had no political, economic or professional rights, comes a story where corruption by the powerful was as overt and commonplace as was garbage on the New York City streets. From the award-winning, international best-selling author of The Seven Year Dress comes an unforgettable story of the devastating effects of persecution, hatred, and arrogance. A Different Kind of Angel is also a story of love, family, friendship, and loyalty. It is a journey into the nature and heart of the resilience of the human spirit that will leave readers thinking about the story long after they finish the book.

Every time I pick up a new Paulette Mahurin’s book, I know that I’ll be immediately immersed into an unforgettable world of brilliantly-written historical fiction, where darkness and hope coexist side by side, and where characters are so real, I feel like I know each and every one of them personally by the end. “A Different Kind of Angel” was no exception.

It’s a thoroughly researched novel that offers a glimpse into one of the darkest parts of American history – a New York women’s asylum where terror and abuse are given free reign, and where no hope of escaping exists. I couldn’t help but feel for Klara, a Jewish refugee who speaks no English and who has just narrowly escaped certain death in one of the Kiev’s pogroms, just to be thrown into a new hell. Klara was a wonderful central character: strong, resilient, highly intelligent, and sympathetic to her fellow “inmates” as I can’t quite call them patients for no doctor ever stepped inside to check on the women’s well-being. As I read, I was appalled not only by the horrifying conditions in which the women had to live but the brutal treatment of the guards and nurses, some of which drew some sadistic pleasure from abusing their charges. To be completely honest, such blatant disregard of a human being’s life and well-being reminded me of German concentration camps. It was even more appalling to think that such institutions existed on American soil, where freedom and justice for all were supposed to be the rule.

The part where the journalist Nellie Bly steps through the doors of the asylum is probably known to some readers who are familiar with the story. I absolutely loved how masterfully fact and fiction were interwoven in this novel, bringing to life the secrets long lost to the shameful American past. If you love historical fiction – definitely add it to your must-read list. Highly recommended!

Read the early reviews and buy the book: https://www.amazon.com/dp/B07GZYXNR4 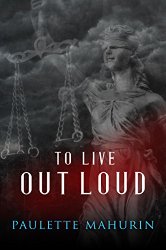 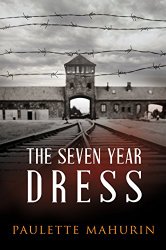 Read all the reviews and BUY the books: https://www.amazon.com/Paulette-Mahurin/e/B008MMDUGO/

Paulette Mahurin is an international best selling literary fiction and historical fiction novelist. She lives with her husband Terry and two dogs, Max and Bella, in Ventura County, California. She grew up in West Los Angeles and attended UCLA, where she received a Master’s Degree in Science.

Her first novel, The Persecution of Mildred Dunlap, made it to Amazon bestseller lists and won awards, including best historical fiction 2012 in Turning the Pages Magazine. Her second novel, His Name Was Ben, originally written as an award winning short story while she was in college and later expanded into a novel, rose to bestseller lists its second week out. Her third novel, To Live Out Loud, won international critical acclaim and made it to multiple sites as favorite read book of 2015. Her fourth book, The Seven Year Dress, made it to the bestseller lists on Amazon U.S., Amazon U.K. and Amazon Australia. Her fifth book, The Day I Saw The Hummingbird, is schedules for release in 2017.

Semi-retired, she continues to work part-time as a Nurse Practitioner in Ventura County. When she’s not writing, she does pro-bono consultation work with women with cancer, works in the Westminster Free Clinic as a volunteer provider, volunteers as a mediator in the Ventura County Courthouse for small claims cases, and involves herself, along with her husband, in dog rescue. Profits from her books go to help rescue dogs from kill shelters.

Sally here: I would like to share this from a recent post on Paulette’s blog about the dogs who have been saved this year and over the last four years thanks to the profits from her books.

I’m deeply grateful to everyone who has purchased, read, and taken the time to review one of my books. All profits from my books go to help get dogs like Zoe, Radley, Kelsey, Ronaldo, Titan, Lyle, Bentley, Little Beauty, Baer, Princess Leia, Charli Girl, Benson, Pimpo, Hazel, Sarge, Casper, Horace, Ferg, Binkie, Pork Chop, Peter, Domino, Scooter & Fletcher (see photos below) out of kill shelters. So far in 2018, 420 dogs have been rescued. In 2017 we’ve helped free 904 dogs. In 2016, 250 dogs were freed. In 2015, 149 dogs were freed.

AND please for everyone who’s purchased a book could I humbly ask you to write a review when you’ve completed the read. Amazon promotes and ranks books according to number of reviews in addition to sales. Every voice helps spread the word and that is an energy that can help a dog.

Thank you for dropping in today and I hope you will enjoy exploring this latest book by Paulette and her others too. Thanks Sally