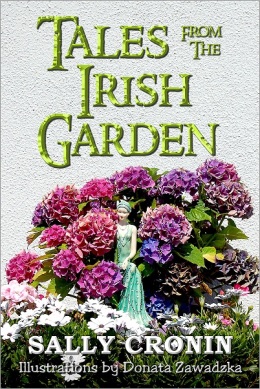 At last the day has arrived and Tales from the Irish Garden is now available.

The book has been three years in the writing, mainly because what began as short stories in line with the first collection, turned into a full-length book. As we moved back from Spain to Ireland, house hunted, and then embarked on a renovation project, there were breaks from  the process. However, the upside was that I had the time to adapt and create new characters and adventures with more freedom. It also gave me time to meet Donata Zawadzka, courtesy of Paul Andruss, and after seeing her wonderful illustrations, I commissioned a number for the book to showcase some of the lead characters. More about Donata shortly.

Many of those that lived in the palace in Spain in the garden of our house, followed me across land and sea to settle in a magic garden here in Ireland. The larger statues and guardians, sadly had to remain but as you will discover as you read the book, they were not abandoned but relocated. As an introduction to Tales from the Irish Garden, I included a Previously.…. so that those who have not read the original stories could get up to speed.

Here then is the blurb… and an excerpt from the introduction….

The queen of Magia and her court have fled their sun filled Spanish homeland and the palace beneath the magnolia tree.

Arriving on the backs of geese and swans, they seek sanctuary in the magic garden of The Storyteller who welcomes them to the Emerald Island, a place where rain is almost a daily feature. Grateful for their safe haven and the generosity of their host, the queen and her courtiers embrace their new surroundings with delight.

As the seasons change throughout the year, they come into contact with many of the human and animal inhabitants of the garden and the surrounding forest, all of whom have a story to tell. This is a magical fairy story infused with fantasy and romance, as well as opportunities for mischief in the company of goblins, witches and Lerpersians. Suitable for ages 10 to 100 years old…..

Previously…..In the first volume of stories, we had left Queen Filigree, and her magic kingdom of Magia, recovering from an attack from the Winter Fairy who had threatened to disrupt the final summer ball of the year.

The Winter Fairy inhabited a garden deep in the heart of the Emerald Island. It had been his kingdom for a hundred years, and in a fit of pique, a number of winter’s ago, he had frozen everything within his realm, including the humans and animals… He was now bored, but on the grapevine, he heard of a place where the sun shone for three hundred days a year, and this fired up his imagination. Timing was perfect, as he was told that if he could freeze the ancient fairy kingdom on the night of the summer ball, when all were dancing above ground in the gardens, they would be frozen into statues and visible to humans for all eternity.

Although it was only October, he had left his kingdom and blown on westerly winds towards this sun filled country. The lands that he passed over experienced bitterly cold winds and frosts that made the people huddle in their homes around hastily lit fires. Weather experts predicted that this unusual early freeze was without a doubt, the sign that a new ice age was imminent.

The Winter Fairy however, had underestimated the power of a secret underground movement in his own kingdom… There was a mole in his organisation and a rabbit and a rat. The rabbit and his family, had cousins who enjoyed the patronage of Queen Filigree in the magic kingdom, in fact one of them played in the royal band. He was a bit too fond of the Amber Nectar, but a good sort all the same.

The story continues across the four seasons as the fairy court spends a last Christmas in Spain and then seek sanctuary in the Magic Garden on the Emerald Island. 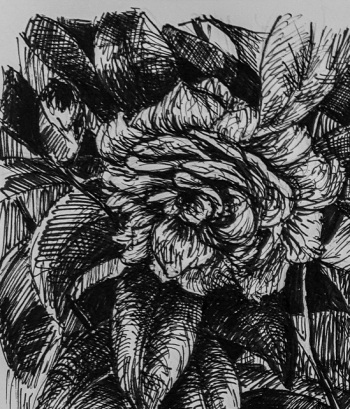 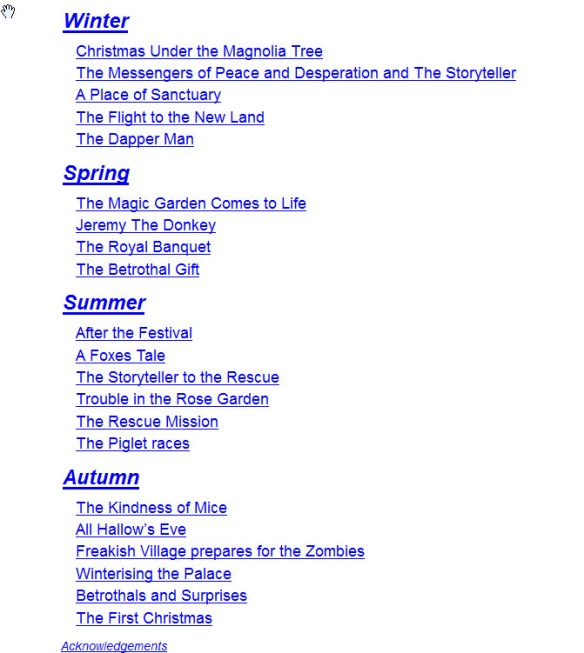 The book is now available in Kindle on Amazon UK: https://www.amazon.co.uk/Tales-Irish-Garden-Sally-Cronin-ebook/dp/B07HMXTFKG

All my books in Ebook are available for Amazon: https://www.amazon.co.uk/Sally-Georgina-Cronin/e/B003B7O0T6

You can read more reviews and follow me on Goodreads: https://www.goodreads.com/author/show/7979187.Sally_Cronin

My name is Donata Ewa Zawadzka. I’m Polish born artist living in Gravesend, Kent. After completing a Diploma in Interior Design in Poland I moved into United Kingdom and here I obtained a Diploma in Illustrating Children’s Books in London Art College in 2010. Since then I finished 2 ebook for children in collaboration with British and American writers. I took part in 2 exhibitions in Dartford and London. I’m continuing to work as freelance artist available for commission.

Thank you very much for taking the time to read this book launch. I would be very grateful if you would consider reblogging the post or sharing in any other way that you can.

161 thoughts on “#BookLaunch – Tales from the Irish Garden by Sally Cronin…..”