This time of year, I like to re-post the series The War Poets. Just some of the men and women who served on the front line on all sides of the conflict who fought, died or returned scarred by their experiences.

They are going out at 4.a.m each morning my time, which is the coldest before the dawn, and as they would have woken in the trenches to prepare for another day of horror, bravery and sacrifice.

We often dismiss the words of the young due to their lack of life experience. However there was no such lack in the lives of the youthful poets who experienced the dreadful events of the First and Second World War 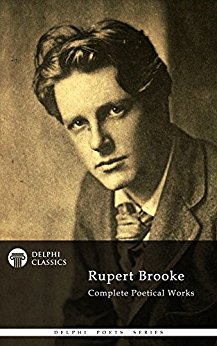 Poetry has played an enormous role in our history particularly when telling the stories of heroes and heroines through the ages. Very popular during Victorian times, verse was used prolifically to proclaim love, poke fun at politicians and big wigs as well as to honour bravery in service to Queen and Country. Poetry was as widely read as novels and in the late 1800’s and early 1900’s, a number of our most well-known poets were born producing some of our most loved verses.

I am by no means a poetry expert but I have found that verse is very individual and that you enjoy those pieces which reflect events and emotions in your own life.

For example; as a teenager I found a book of Rupert Brooke’s poems on a bookshelf at home and there were one or two at that age that I understood and enjoyed. However, as I have got older and revisited his work and other poets, I realise that my own life’s experience enables me to appreciate their work in a more profound way. Although Rupert Brooks is best known perhaps for his war poems such as The Soldier, there are others that also reflect his experiences of love and life beautifully, despite his own youth.

Like many of the poets of the first part of the 20th century Rupert Brooke was caught between the Victorian strait laced puritanism and the liberal 20’s. He was a bit of a jack the lad, considered an Adonis by both men and women. In his short life he loved both; mainly those within the growing social and intellectual societies such as the Fabians.

Anyway a little biography of this talented young poet.

Rupert Chawner Brooke was born on 3rd August 1887 second son to William Parker Brooke a housemaster at Rugby school and his wife Ruth Cotterill. Rupert attended both the preparatory and main schools before going up to King’s College, Cambridge where he studied the classics, somewhat badly, as he was more interested in literature and acting. At the end of his third year he turned his attention to literature and moved out of Cambridge to Grantchester. Here he and his circle of friends embraced the country life whilst developing interest politics and in the growing socialist reforms as members of the “Fabian Society”.

In 1911 Rupert spent time in Munich learning German before returning to Grantchester to work on his fellowship at King’s. At the same time he completed his first volume of Poems which in the next 20 years was reprinted 37 times at around 100,000 copies.

Two poems that reflected his life in Grantchester was Dining Room Tea and The Old Vicarage Grantchester but for my first poem I have chosen Kindliness. I loved this poem as a teenager although I could not conceive that one day I would in my sixties and look at love and poetry with a little more understanding.

When love has changed to kindliness —
Oh, love, our hungry lips, that press
So tight that Time’s an old god’s dream
Nodding in heaven, and whisper stuff
Seven million years were not enough
To think on after, make it seem
Less than the breath of children playing,
A blasphemy scarce worth the saying,
A sorry jest, “When love has grown
To kindliness — to kindliness!” . . .
And yet — the best that either’s known
Will change, and wither, and be less,
At last, than comfort, or its own
Remembrance. And when some caress
Tendered in habit (once a flame
All heaven sang out to) wakes the shame
Unworded, in the steady eyes
We’ll have, — that day, what shall we do?
Being so noble, kill the two
Who’ve reached their second-best? Being wise,
Break cleanly off, and get away.
Follow down other windier skies
New lures, alone? Or shall we stay,
Since this is all we’ve known, content
In the lean twilight of such day,
And not remember, not lament?
That time when all is over, and
Hand never flinches, brushing hand;
And blood lies quiet, for all you’re near;
And it’s but spoken words we hear,
Where trumpets sang; when the mere skies
Are stranger and nobler than your eyes;
And flesh is flesh, was flame before;
And infinite hungers leap no more
In the chance swaying of your dress;
And love has changed to kindliness

In 1913 Rupert was finally awarded his Fellowship at King’s but did not take it up immediately choosing to travel to New York, Canada, San Francisco and New Zealand before settling on Tahiti; living with a Tahitian beauty Taatamata.

However, running out of money and suffering from a bad infection from coral poisoning, Rupert returned to England in mid-1914. He took up his fellowship at King’s but his idealism gained new focus with the onset of War. On September 15th he applied and was accepted for a commission in the Royal Naval Division and embarked with his battalion to defend Antwerp from the German Advance.

Antwerp fell to the Germans and the battalion returned to England and over the next three months Brooke’s company re-equipped and despite a period of illness Rupert embarked on a ship to the Dardanelles on February 27th 1915. Over the next two months the battalion spent time in Malta, Lemnos and Eygpt as they attempted to reach the front.

Rupert suffered another bout of ill health including sunstroke and dysentery. Senior officers, aware of his growing fame as both a poet and potential influential politician, decided he should be kept away from the front lines, offering him a staff job that he refused.

On Saturday 10th April 1915, Brooke’s troopship left Port Said for Lemnos via the Island of Skyros. They arrived there on Saturday 17th April, The officers and men landed on Skyros and conducted exercises but on 20th April Rupert Brooke fell seriously ill with blood poisoning. His system already weakened by several bouts of infection he could not overcome this latest illness, and on April 23rd he died aboard ship aged 27.

He had commented on the beauty and peace of a particular olive grove on the island and was buried there by his fellow officers amongst the scent of flowering sage. 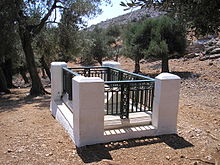 The poem The Soldier has stood the test of time and is as evocative today as it was nearly 100 years ago. Especially as we prepare to  honour the young men and women who have served and died. Not only for our own countries, but all those in any conflict around the world.

If I should die, think only this of me:
That there’s some corner of a foreign field
That is for ever England. There shall be
In that rich earth a richer dust concealed;
A dust whom England bore, shaped, made aware,
Gave, once, her flowers to love, her ways to roam,
A body of England’s, breathing English air,
Washed by the rivers, blest by suns of home.

And think, this heart, all evil shed away,
A pulse in the eternal mind, no less
Gives somewhere back the thoughts by England given;
Her sights and sounds; dreams happy as her day;
And laughter, learnt of friends; and gentleness,
In hearts at peace, under an English heaven.

Thank you for dropping by. Sally