Welcome to the second Christmas guest post from Geoff Le Pard and this week Geoff shares some of the traditions that were observed at Christmas in his family.

My Christmases as a child were what we called traditional but everyone’s Christmas traditions have their own quirks, imposed by the characteristics of the participants. These are mine.

1. My father enjoyed a pint. Or several. He was an active member of the local rugby club and Christmas eve would often involve a social element. Mum wasn’t any less inclined to join in and since my grandmother (mum’s mum) would be staying there was baby sitting… The inevitable aftermath, however meant my mother had to get Dad to bed without waking us; my grandmother had plenty of fuel for folded-arm-tutting the next day; and woe betide we two boys if we woke the original bear with a sore bonce too early or the Christmas spirit would rapidly drain away down the plughole marked ‘hangover’;

2. Consequently there was never any sherry left for Santa – Gran didn’t think it prudent to intoxicate a man in charge of a sleigh, nor it later emerged, add to my father’s already considerable quantity of ingested Christmas spirit;

3. Christmas mornings were quiet affairs; after we emptied our stockings – dad’s rugby socks which had the unfortunate habit when stretched of covering our beds in the embedded grit that mum’s careful washing didn’t remove – we would repair to the living room to open our presents that had been carefully positioned under the tree. At this point the Archaeologist came into his didactic own – he would organize the presents into piles each gift having already undergone a fairly severe forensic analysis; back then no one x-rayed parcels or hand luggage but had they thought about doing so they might have first investigated my brother’s uncanny ability to ascertain the nature and cost of the wrapped present merely from judicious poking, prodding and shaking. As he handed the gift to the recipient he would tell them what they were getting which amused the adults and pissed me off no end;

4. For reasons I thought odd, but later realised were down to the alcoholic content of my father’s blood, we had breakfast after we had opened the presents; Christmas breakfast usually comprised a soft boiled egg and soldiers which again was portrayed to this gullible child as a simple fayre prior to the monstrosity that would later be served, but was also, and this was an incidental by product naturally, effectively hospital food;

5. Mum would now be tied to the kitchen with gran in tow while my brother and I would be dispatched to either play with our new presents, set up the model railway (there would often be a new train or coach or something) or start watching the marathon amount of Christmas TV. In the sixties the only days of the year, pretty much, when you could see programmes that might interest a pre teen were Christmas Day, Boxing Day (before the sport kicked in) and New Year’s Day. And unusually, given my father’s fixation with ‘no day time TV’ we were allowed to watch some of these shows. Later, as I developed a taste for pop music and culture I wanted the Top of The Pops Christmas special. The Archaeologist did not. Ever. And the duplicitous cad that he was, he would play a winning card with my parents: the educational card. Since the Beeb only had two channels they would try and alternate something fluffy and young on one with something drear and uplifting on the other and, if put to the Judgement of Solomon my parents would come down on the side of the improving. Grrrr

6. Sometimes people would come round. Usually that included my other grandmother – my nana. To a naïve and shallow and eternally optimistic (save when it came to TV programme selection, of course) child, that meant everyone in the family must love everyone else as I did. And to be fair they maintained that charade pretty well… until the two women had had enough sherry, port and lemon and gin and tonic to found a distillery and the dentured smiles slipped (often with the dentures) into barbed asides. My mother would play eternal peace keeper, my father would find ‘something’ to do somewhere else and my grandmothers would use my brother and I as surrogate battle grounds, one supporting one again the other until my brother lost and went and found Mum. If the guests included either or both my uncles my father saw it as his bounden duty to get them out of my mother’s hair, and away from their mother, by dint of a trip to the pub (pubs back then opened on Christmas lunch time but not in the evening). These hairs of a not so much the dog as of whole slavering pack of hounds would have the desired emollient effect on the male branch so that, by the time they returned for lunch, they would be unhung, mellow and ready for some serious grease and carbs to be delivered via an enormous roast turkey, heaps of roast potatoes and all the usual trimmings.

7. The aftermath was both narcotic and fissile: narcotic in the speed with which the grandmothers and the men folk were rendered insensible – British Christmas afternoon TV which generally involved a rerun of some well trodden film (What a Wonderful Life, The Sound of Music or The Great Escape, discern a theme if you can) aided this process; and fissile in the quantity of global warming components being released into the contained atmosphere of our living room: given we had an open fire back then you have to wonder that there was never an explosion.

8. At some point in the early evening, people would stir and hunger pangs, brought on I guess as much by the amount of alcohol that needed to be processed as by lack of food, meant the introduction of one of the best bits of Christmas: the turkey and stuffing sandwich. Why were these so great? Maybe it was the setting. By then my father, uncles, grandmas and mother were beyond moving very far. They were happy to watch any TV put in front of them and my brother and I were by now in agreement over the latest comedy special, be it Morecombe and Wise, It Ain’t ‘Alf ‘Ot Mum, The Good :Life or whatever; or they were up for some Christmas games like monopoly or charades. Or sometimes they might stir enough to rebuild the trainset, this time on a board on the dining room table and we would play with this for hours, imagining scenarios that could sway from the mundane commute to some war time escape. The men would do the washing up, to much hilarity and we boys were banned from joining in, possibly due to the ribald nature of the story telling that went on.

9. And so, too early for our liking but because we were deemed ‘tired’ by omniscient parents we were dispatched to bed leaving the adults to their interminable games of cards and snifters of scotch and assertions that this had to be the best Christmas ever.

PS I should perhaps add that the Archaeologist sussed the implausible non-Newtonian nature of Santa at about three but entered a pact with my parents that he would still benefit from the gifts if he didn’t break the spell for me. It was a treaty that involved a domestic balance of terror, uneasily kept each year: on the one hand he so wanted to be the one to break the bad news to me; yet on the other he saw little merit in risking sanctions. I have no idea why he didn’t end up in politics. 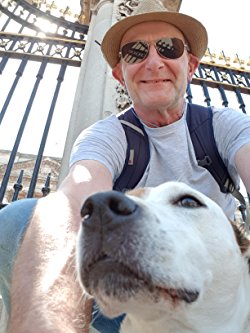 I have been writing creatively since 2006 when at a summer school with my family I wrote a short radio play. That led to a novel, some more courses, more novels, each better than the last until I took an MA at Sheffield Hallam. I published my first novel in 2014 – Dead Flies and Sherry Trifle. In 2015 a second followed – My Father and Other Liars. In 2016 I have an anthology of short stories out, Life, in a Grain of Sand. I have now added ‘memoir’ to my list of genres with the launch of Apprenticed To My Mother. Other novels can be found here. I write in a range of genres so there is something for everyone..

Before writing, I was a lawyer, ending up at the London Olympics. Now I mix writing with a range of activities, often walking to find inspiration or taking in a variety of sports events.

About Life In A Conversation

Over the last few years, I have written a lot of flash fiction, often in response to a prompt. These pieces are mostly 500 words or less (with a few longer pieces thrown in) and cover pretty much every major genre apart from YA, MA or children’s fiction. A lot are purely dialogue, or contain a lot of dialogue – hence the conversation.

Now a look at Geoff’s other books

Apprenticed to My Mother: A Memoir Of Barbara Le Pard 2005 to 2010  is a memoir about an extraordinary woman.

When my father died in 2005, I assumed my mother would need more support and someone to help with decisions she previously shared with her husband. What I didn’t realise was the role she had in mind for me: a sort of Desmond 2.0. Over the five years until her death, I played the role of apprentice, learning more about her and her relationship with my father than I had gleaned in my previous 50 years. We laughed, we cried and, occasionally we disagreed, and throughout she manipulated me as, I learnt, she had my father. Neither of us minded much; we were both her so willing fools, for she was an extraordinary woman and we both knew we were in the presence of someone very special.

A wonderful heartwarming book that will leave you laughing and crying, sometimes on the same page. Mr. Le Pard has a great way with words and gives us a delightful glimpse into the lives of his parents. Sprinkled in between amusing episodes of his life as the youngest of two sons, are poems brilliantly composed by his father, most written for his wife, the love of his life. The stories paint a picture of past times in a lovely part of England, where issues are resolved with a cup of tea and a piece of homemade cake. Barbara Le Pard is a delightful character, strong-willed, tough and with a huge heart. This book is well written, entertaining and most important, it is written with love.

Read the reviews and buy the book: https://www.amazon.co.uk/Apprenticed-My-Mother-Memoir-Barbara-ebook/dp/B07DGZZYBW/

And on Amazon US: https://www.amazon.com/Apprenticed-My-Mother-Memoir-Barbara-ebook/dp/B07DGZZYBW/

Other Books by Geoff Le Pard 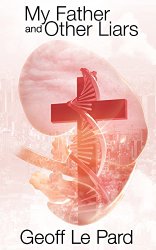 Read all the reviews and buy the books: https://www.amazon.co.uk/Geoff-Le-Pard/e/B00OSI7XA0