Welcome to 1996 and huge year of change for both of us as a couple and as a family. My father’s health continued to deteriorate but he was determined to make his 80th birthday on January 12th and we celebrated with a lunch at the Queen’s Hotel in Southsea. I had come to the end of my contract in Peterborough and Norwich and was able to pop down from London three times a week to Portsmouth to help out along with my sister and her husband. 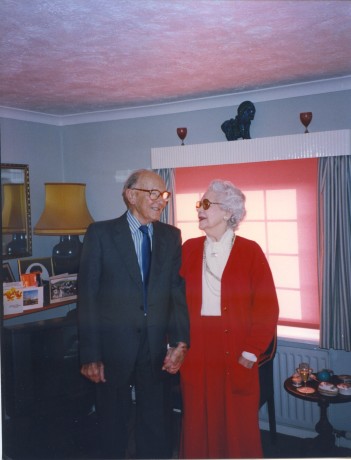 Sadly on April 5th which was Good Friday that year, my father died in hospital after a very brave fight, and even the week before he was convinced that he was going to beat this thing!

David was head hunted for a job in Brussels and we decided to put the house in South Woodford on the market rather than let it. It was sad to leave the house, as we had enjoyed nine years there, making lots of friends both locally and through our respective jobs. But we both felt that a new adventure would be good for us and it would prove to be just that. 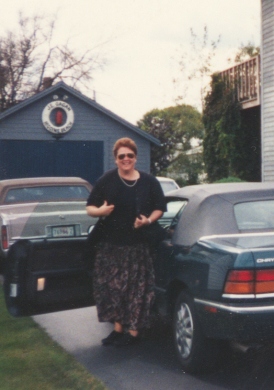 As I mentioned in the last post my weight had blossomed! I was now in the process of losing that weight and was down a stone (only 10 stone to go). David had heard that Anthony Robbins the American motivational speaker was coming to Birmingham and had signed us up for his Fire Walk Weekend.

I had no idea what to expect and to be honest when we had attended this motivational event I was very fat and self-conscious. However, we met some very interesting people, many who were also looking for a kick up the backside and it would be the start of me getting back control of my body and willpower. David actually walked across 25 foot of burning coals but I was far too heavy to attempt it!

Over the next two years we attended Tony Robbins Life Mastery series in America, Hawaii and the Caribbean and it certainly helped keep me motivated as I lost the rest of the ten stone in weight.

David went ahead of me to Brussels and we eventually found a very nice house in Rhodes -Saint- Genese which was very close to the town of Waterloo and the battleground. We would spend 18 months there and were very happy exploring Brussels and the wonderful surrounding countryside.

I took the opportunity to continue my nutritional studies and I began the daily journal that would later become my first book Size Matters.

It was during this time in Brussels that we also made another emotional journey. My mother’s father had been killed on November 2nd, 1918 only nine days before peace was declared when she was just over a year old. My sister researched his whereabouts through the War Graves Commission and had discovered that he was buried in a small military cemetery close to the village of Poix du Nord just across the border into Northern France. She and her husband Robert had taken my mother to see her father’s grave a couple of years before our time in Belgium but both she and my mother came to stay with us in November 1996 so that we could lay a wreath on his grave on Remembrance Sunday. 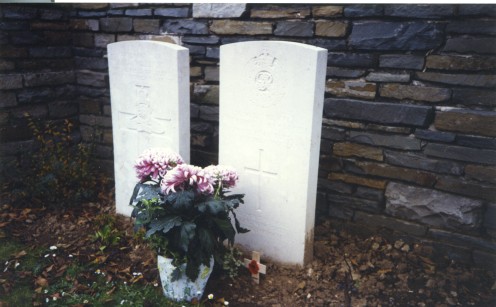 To be honest there was little time for music in the first few months of 1996 and when I look back at the charts there are many artists that I did not remember and who seem to have been one hit wonders. It was the start of Spice Girl fever and they had two hits in the charts with Wannabe and Say You’ll Be There, George Michael with Fast Love, Los Del Rio with Macarena (love dancing to that), Take That with How Deep Is Your Love, Michael Jackson and Earth Song, Boyzone and Words, Celine Dion and Because You Loved Me and It’s All Coming Back To Me Now, Dunblane and Knocking on Heaven’s Door and Gina G and Ooh Aah, Just a Little Bit.

Because my father was a huge fan of Celine Dion, here is It’s All Coming Back To Me Now courtesy of  CelineDionVEVO

Thank you for tuning in today and hope you have enjoyed a little more about my story and the music.. thanks Sally

23 thoughts on “Smorgasbord Blog Magazine – The Music Column – 1996 – A year of change and Celine Dion.”