Jim Webster is the guest of The Story Reading Ape as he tours with his latest releases – two novellas from the Port Naain Intelligencer series. Swimming for Profit and Pleasure and The Plight of the Lady Gingerlily… Enjoy  Here is an extract from this entertaining post.. please head over to get the whole story. 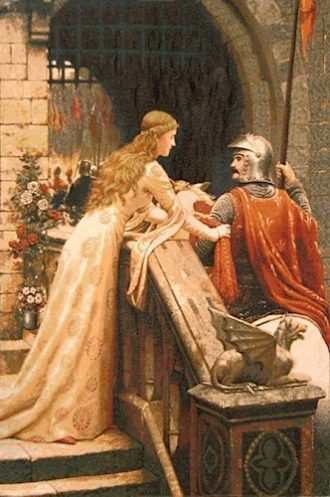 Benor glared at his wine glass. Tallis was talking, and Benor was ignoring him and thinking about something entirely different. This wasn’t a problem, Tallis merely needed an audience and Benor just wanted to mope. He was a fully qualified cartographer, trying to produce a guide to the city of Port Naain, and instead of getting on with that, he found himself doing all sorts of casual work just to put food on the table. Tallis said, “So could you do that?”
Realising Tallis had stopped talking, Benor frantically tried to re-run the monologue in his head and realised he’d not heard any of it.
“Could I do what?”
Tallis sighed. “Could you find the Chevalier of Windcutter Keep?”
“I don’t know, who’s lost him and where?”
“Benor, have you listened to a word I’ve said?”
“Yes but I got distracted.”
“Well in short, this afternoon, at an ‘at home’ I was assisting a patron with, I was introduced to the Chevaleresse of Windcutter Keep. She is trying to find her husband. Could you find him for her?”
“It’s a damned long way to Windcutter Keep!”
“Apparently she thinks he might be in Port Naain, so you wouldn’t have to travel into Uttermost Partann.”
“Why did she think of me?”
“She didn’t, I suggested you because you’re getting bored and when you’re bored you get into trouble.”
Benor put down his empty wine glass. “So where do I find the Chevaleresse?”
“The celebrated ‘Golden Lady’ of Partann, the ‘Ginger Lily’ of the south? An attractive lady has arrived in Port Naain and you don’t already know where she lives?”
In exasperated tones Benor said, “Look Tallis, just give me her address.”

Head over to read the remainder of the story.

via For the want of a Knight – Guest Post by, Jim Webster…