Congratulations to Marina Osipova on the release of her new book How Dare The Birds Sing (Book One in the Love and Fate Series 1).

Are Lyuba and Günter star-crossed lovers? When they first meet in 1933 Soviet Russia, their young love is filled with hope and naiveté until Günter disappears. Her fleeting relationship with him has devastating consequences, forcing her to take a humiliating way out to save herself and her family. This choice unleashes a sequence of fatal events that shatter her life, affecting everyone involved.

In June 1941, World War II comes to Russian soil, hurling Lyuba, along with millions of others, into the inhuman grinder, testing the limits of her strength and resilience of her heart. Will it be strong enough years later to allow her to reveal the ugly secret she has buried from the only person the war has left for her to love?

“How Dare the Birds Sing” is a riveting WW2 novel which will stay with you for a long time after the last page is turned. A tale of epic proportions, it starts with the beautiful and unlikely love story between a Russian girl Lyuba and a German pilot cadet Günter, and eventually turns into a devastating tale of war and hope lost. Meticulously researched and masterfully presented, this novel will captivate you from the start and will keep you on the edge of your seat with its wonderful prose and unforgettable characters. The brutal conditions of the war, the sacrifice of the brave warriors and partisans, the history itself comes alive in this emotional, gut-wrenching story. Highly recommended for all fans of historical fiction genre. A truly fascinating tale!

Read the reviews and buy the book: https://www.amazon.com/gp/product/B07N2BDF91

Read all the reviews and buy the books: https://www.amazon.com/Marina-Osipova/e/B0778W8MHS

And on Amazon UK: https://www.amazon.co.uk/Marina-Osipova/e/B0778W8MHS 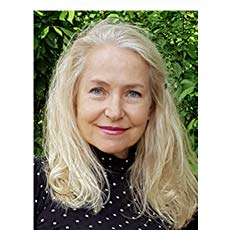 I was born in the German Democratic Republic to a military family. I am a graduate of the Moscow State Institute of History and Archives and also graduated from the Moscow Institute for Foreign Languages as a German language interpreter. I worked for a Soviet Governmental Department in the section of International Affairs, then for various German and Austrian firms. Extensive travel to these countries gave me a chance to become intimately familiar with the lands and the people.

In 2001, I immigrated to the United States and eventually made my home in Pawling, NY.
Before publishing The Cruel Romance (Historical Fiction), I have written two other books, The Garden of Weeds and Katyuscha.

My next project is related to the occupation of a part of Austria by the Soviet Army in 1945 – 1955 (working title, österreichisches Engelchen und Alescha. Die Okkupationsromanze).

Thank you for dropping in today and it would be great if you could share the post and Marina’s book far and wide. thanks Sally

I am joining a growing number of our blogging friends on MeWe and I invite you take a look… a different approach to users. Click on the image to find us.