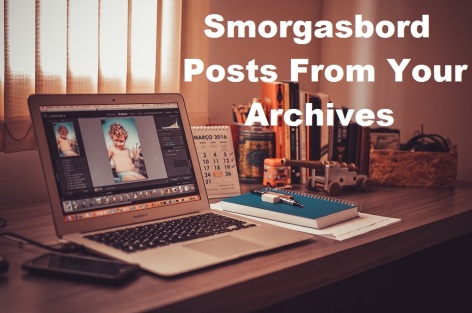 This is the second post from the archives of Jen Moore who has been blogging about life with chickens, cats and children for five years. This week Jen shares the adventures of her adorable son, who has a unique perspective on life and who with his family handles the challenge of dyslexia with determination and humour.

The funny thing about dyslexia

Life with a dyslexic child is never dull. Our Son no 2 is sporty, clever, full of fun… and dyslexic. Moderately so, according to the experts. Rather than fret about it, we chose to embrace Son no 2’s differences, giving lots of support where needed but dealing with much of it through humour. For instance, in our house we don’t have left and right: we have left, and ‘the other left’.

Our boy gets many words muddled. Imagine the embarrassment when, at a charity fete one summer, he announced in a VERY loud voice, “Oooh I want a go on that stall – I love cocaine!” He was in fact pointing at the Coconut Shy and wanted to win a coconut, not score a line of cocaine. It wasn’t that kind of fete.

Or what about the time he desperately wanted a DVD of a film that he insisted was called ‘Meet Steve’. I searched high and low for this DVD, in shops and on the internet, all to no avail. After quite some time I did find a DVD entitled ‘Meet Dave’. “Oh yes, that’s the one!” he exclaimed cheerfully when I mentioned it.

Then there was the time we went to a neighbours’ bonfire party and he asked, again in a LOUD voice in front of a whole heap of people, “Will we be burning Ray Mears on the bonfire?” As everyone turned to look at him in bemusement, it was left to me to correct him: “Guy Fawkes. You mean Guy Fawkes.” “Yes, that’s the one!” he chuckled. To this day he still wants to burn Ray Mears on the bonfire every year. Poor chap, I have no idea what he’s done to deserve that.

As for games, Scrabble is never a good idea to play with Son no 2. Unless you change the game to ‘make as many rude words as you can with the letters you have’. You see, for some reason he can spell rude words reasonably accurately. Maybe that’s a boy thing. Then there’s I-Spy: a game particularly difficult to play with a child who often confuses the beginning sounds of words. You need to spend several hours guessing, plus ask for copious amounts of clues, to have any chance of even getting close to an answer. You might as well just guess any random words that come into your head. Or there’s Hangman of course. We can never win a game of Hangman with Son no 2. He adds spare letters in the middle of words with out realising, which might be useful if you’re playing in Czechoslovakian of course, but not in English.

Short-term memory is another strange area. We have a boy who can think several moves ahead in Chess or in a Magic the Gathering card game… yet give him a 2 step request (ie ‘do this, then do that’) and he is completely flummoxed. For many years, he failed to recall the days of the week in order, yet he could recite all the rules and regulations on how to play Warhammer. He struggles to read fluently, yet can accurately work out complex Chemistry formulae (which is more than I can do!).

School has been a bit hit and miss. Give Son no 2 a ball or a bat, or a running track… in fact anything to do with sports, and he will excel himself. Yet give him a book to read or a sheet of paper to fill with words, and he will struggle. There are times when we struggle too. One day he came home from school with some English homework written in his exercise book. He told me that he’d copied it off a board at school. At the top of the page he’d written: ‘The Sobodret Cluce’. Apparently he needed to find out what that was for his next lesson. We were completely baffled. Once again, I trawled the ever-faithful internet but came up with a total blank. It was only after emailing the English teacher in a panic that we learnt what he actually needed to research: ‘The Subordinate Clause’. Shame neither of his parents had heard of that either.

In History he had been learning about the outbreak of World War 2. I had to raise an eyebrow when, leafing through his exercise book, I saw he’d written an essay on ‘Hitler and the Nancies’. I think that might have changed the entire course of history.

Or how about the Geography homework he had to complete, the title of which he’d written in his book as ‘Latitud and Longaturd’. My, how things have moved on since I studied at school.

Cookery lessons have been something of an experiment to Son no 2. He’s never brought anything edible home. Most dishes have been dropped on the way back from school or knocked off the work surface in the lesson… that’s if they weren’t burnt, squashed or exploded in the oven. Once he baked something and apparently forgot to add any sugar. He didn’t know where the sugar had gone, only that he hadn’t put any in. Or how about the time he made Apple Turnovers? Easy enough, so you would think. Unless you forget to cut holes in the pastry of each one, so that they explode in the oven before you even take them out. I’m sure his Cookery teacher must have had a breakdown by the end of the year. Only once did he bring home some delicious buns: spongy, moist and baked to perfection. When I congratulated him he admitted with a grin, “Oh I didn’t bake them. I swapped mine with the girl next to me as mine were awful and she felt sorry for me.” That’s our boy, resourceful as ever.

I have to admit it seems that baking disasters run in the family. When son no 1 had to take Cookery at school, with relatively more success than his brother I might add, he once muddled up teaspoons with tablespoons when adding baking powder to muffins. Yes, you guessed it: they exploded in the oven too.

Science is one of son no 2’s favourite lessons. He asks his teacher the most interesting questions, such as, “If someone farts on your pillow at night, will you wake up with pink eye in the morning?” Or “If you split an atom and put it inside your head, would you have a head left?” Recently, he came home from school most chuffed with himself, having found out the answer to a question that had been puzzling him for a while: “Why does it make a noise when you fart?” The reply, according to his long-suffering Science teacher is “because your bum cheeks rattle when the wind passes through.” Not sure if that question will be on the GCSE paper, but Son no 2 was most enlightened.

Parents’ Evenings are a total joy to experience when you have a dyslexic child. “So how is my boy doing?” I asked his Maths teacher at the last such event. “Good, now that we’ve passed his Origami phase,” she replied patiently, “although I’ve still got one paper swan on my desk.” ??

Picking which subjects to study for GCSEs has been something of a challenge recently. Pondering which options to take, Son no 2 came up with quite a random question: “Mum, if you take Biology do you also have to take Textiles?” “Erm no love,” I replied somewhat confused. “What makes you ask that?” “Well,” he replied seriously, “if you cut someone open on the operating table, you’ve also got to be able to stitch them up again.” Fair point.

You see, our boy looks at things differently to most people. He has diverse views, which when questioned, make total sense. You just need to open your mind. He is a very capable boy with, according to one of his old sports coaches, ‘the heart of a lion’. His humour is delightfully daft, and his ability to laugh at mistakes that he makes has made him a much stronger person. Far from defining him, his dyslexia is just a small part of who he is and how he functions. We wouldn’t change him for the world. Besides, when given the choice, who wants to be the same as everyone else?

The final say should maybe rest with the teacher of a Business Studies class, with whom we spoke at a careers evening held at Son no 2’s school. As we discussed the merits of the subject and whether or not it would play to our boy’s strengths, the teacher exclaimed brightly, “Oh I know your son, I see him walking to school each morning. I love the way his hair bounces as he walks!” So if the GCSEs don’t pan out very well, maybe we’ll just sign him up for the next Timotei advert instead.

Jen is a Sword fighter, wrestler, referee & chef to 4 boys (big and small), staff for the infamous chuffin cat & perturbed chooks. Aspiring writer, compulsive giggler. Jen has been blogging about the funny side of life with cats, chickens and children for five years.

My thanks to Jen for sharing this with us. Clearly humour is ever present in this family and their approach to dyslexia as something to be embraced is inspiring.. I see great things ahead of Son No 2.. he sounds like a bit of a genius.

You can read Jen’s other post on her original Chuffin Cat.. here: https://smorgasbordinvitation.wordpress.com/2019/03/26/smorgasbord-posts-from-your-archives-family-the-futility-of-a-feline-rooftop-protest-by-jen-moore/