John Rieber show cases Robbie Cheadle and her mother Elsie Hanley Eaton and their book While the Bombs Fell based on the memories of Elsie in World War Two… a terrific post. 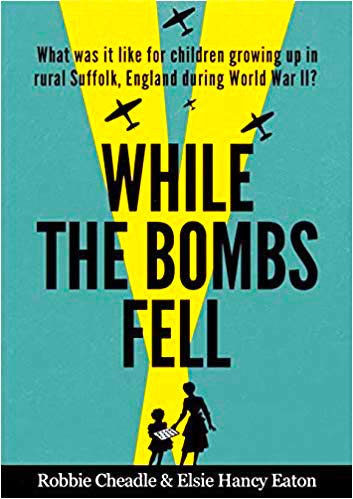 Growing Up “While The Bombs Fell”

This Wednesday’s Bookmobile is going back to a time and place when children would routinely have to seek shelter in the London Underground because of bombing over the city!

Imagine living during wartime, in this case World War II in a town outside London – an experience that has been vividly brought to life by a terrific Blogger, Robbie Cheadle and her Mother, Elsie Hancy Eaton – who lived through it!

“While The Bombs Fell” is a great story, told from the point of view of a young girl who lived through it, recounted with the help of her daughter…such as the issue of government gas masks:

“She felt relieved that she didn’t have to worry about her gas mask anymore. The family’s gas masks lay forgotten in their boxes. The British Government’s anxieties about chemical warfare had not materialized.

When fitted to her…