Delighted to showcase the latest children’s book from award winning author Janice Spina, the latest in the Davey & Derek Junior Detectives series: The Case of the Mystery of the Bells. 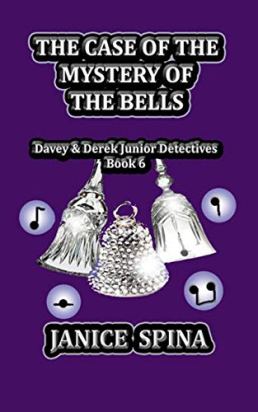 Step into another magical and fun adventure with the twin detectives to solve this new mystery. There are clues at every turn, ghostly dreams with strange messages, and a surprise visitor that shakes things up. Even Aunt Gigi and Mianna are at a loss to provide any assistance to the boys.
Will Davey & Derek be able to solve this mystery of the bells? Where do they turn? Will they be able to put all the clues together? Can they use their new birthday gifts in this adventure? Find out what the boys do in this magical mystery.

Michelle Clements James 5.0 out of 5 stars I love the way the author portrayed the love and concern between the brothers. April 30, 2019

I’ve read every book in the Davey & Derek Junior Detectives series and enjoyed each one. The Case of the Mystery of the Bells is my favorite so far. As with all of Janice Spina’s children’s books, this book teaches children positive values. The twins are always respectful to others and use good manners. One of the things that stood out for me in book 6 is when Davey had a bad dream, Derek jumped right in and offered his brother reassurance and then fixed him a cup of hot cocoa to calm him down. They always have each other’s back and are friends as much as twin brothers.

The boys Great Aunt Gigi, as we learn from earlier books, has special powers that Laura, Davey and Derek’s mother has inherited to some degree, but Davey and Derek to a much greater degree. The boys are learning how to handle these powers in a positive way and never misuse them. Aunt Gigi is their tutor in these mystical matters.

The characters are depicted in a way that makes them believable, including their powers. I especially love reading about Aunt Gigi. I can picture her greeting the children and inviting them in while bestowing her love upon them as she provides wonderful snacks and mystical experiences.

In Book 6 of the series we are introduced to Aunt Gigi’s twin sister Auriana and various other relatives from the realm of magic.

If you have middle grade children, I highly recommend this and any of the other books in the series, as well as those in the new Abby & Holly series. I can’t say enough about Janice Spina and her books.

Read the reviews and buy the book: https://www.amazon.com/Case-Mystery-Bells-Junior-Detectives-ebook/dp/B07QWZZHJN

And on Amazon UK:  https://www.amazon.co.uk/gp/product/B07QWZZHJN

A small selection of children’s books by Janice Spina 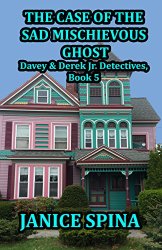 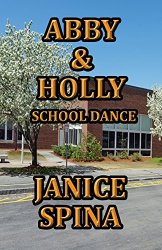 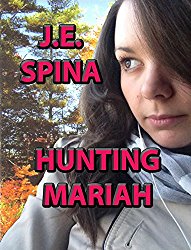 Discover all of Janice Spina’s books, read the reviews and buy  https://www.amazon.com/Janice-Spina/e/B00HNET4HG

and on Amazon UK: https://www.amazon.co.uk/Janice-Spina/e/B00HNET4HG

Janice has published three novels under J. E. Spina, Hunting Mariah, a thriller/mystery, Mariah’s Revenge (Sequel to Hunting Mariah) a paranormal/mystery/romance novel, How Far Is Heaven, and a short story collection, An Angel Among Us, all available on Amazon and Barnes & Noble. She is working on a children’s book, and a mystery series for YA girls to be published in 2018. She needs to edit a YA fantasy series which will be published in 2019 and beyond. Her husband is her illustrator and cover creator.

Thank you for dropping in and it would be great if you could share the news of Janice’s new book.. thanks Sally.

23 thoughts on “Sally’s Cafe and Bookstore, New on the Shelves – #Children – Davey & Derek Junior Detectives series: The Case of the Mystery of the Bells by Janice Spina”