This is the third post from author Jane Risdon and since you enjoyed the audition posts last week.. here is part two…

The red corvette revved up and down the parking lot outside the warehouse in LA where the auditions were taking place.

Everyone watched in fascination as the driver sped up and down for a good fifteen minutes before parking close by and getting out to greet them.

It was the superstar singer himself.

They liked. Very much.

‘Just picked it up from the showroom this morning.’

Everyone sat outside the rehearsal area feeding the bass player pain killers for his broken nose and black eyes.

He’d refused medical assistance…’I’m Irish, I can take it.’ He told his management for the umpteenth time,

Everyone thought he looked like a cool British dude with his shades, ripped jeans, and tee shirt with the arm-holes cut to his waist. Popping pills just enhanced his image so he told them. Right.

The drummer sat tapping his sticks, looking every inch the rock star in his long leather coat, cowboy boots and big shades.

Everyone hoped the superstar wouldn’t want to see the bass player without his shades until after he’d auditioned.

He looked as if he’d gone several rounds with Mohamed Ali.

He had removed the wadding up his nose and put tons of Max Factor foundation over the bruised area. The swelling had subsided a little thanks to a constant supply of ice-cubes applied to his mis-shapen conk.

The star’s manager called the guys into the audition.

The drummer tripped over his new Spanish leather Cowboy boots and almost fell face down at the feet of the famous lead guitarist he was hoping to join on tour. He sat at the drum kit and waited whilst everyone got organised, flicking his newly styled hair and checking his image in the full length mirrors lining the walls.

The bass player picked up his instrument and lit a cigarette – he wasn’t nervous at all; the super-star would be lucky to have him join the band.

The super-star took up position in front of the microphone.

‘Let’s run through some of my biggest hits.’

The lead guitarist began with an instantly recognisable riff. The drummer joined in and the singer waited for his cue….and they all waited for the bass to start.

He didn’t join in.

The super star shrugged and sucked his perfectly even and expensive white teeth.

‘OK let’s try Rock and Roll by Zeppelin just to warm you guys up.’

The super star suggested, thinking the guy was nervous.

‘I don’t do anyone else’s stuff.’ The bass player muttered, blowing smoke into the air nonchalantly.

‘Yeah, but everyone knows Zeppelin.’ The superstar singer looked taken back.

The bass player’s management shut their eyes. What the hell? He knew Zeppelin, of course he did.

The super star’s mouth dropped open, not a filling in sight. His eyes popped.

The bass player searched his pockets. His management gaped in horror.

Had the idiot any idea how much trouble they’d gone through to set up this gig? First the guitarist turned the opportunity down, now this egotist was pushing his luck.

Hundreds globally had applied for the gig and only this management’s three musicians had been chosen along with about six other seriously talented musicians.

The studio fell silent and the lead guitarist took his shades off to stare at this Irish guy who had the nerve to suggest the super group played one of his songs.

The super-star glanced over at the stage set featuring a guillotine and grinned an evil grin.

I will share part three of the auditions next week in the Jane’s final post and then give you the link to part four on her blog.. Thanks to Jane for allowing us along with her on this particular trip.. 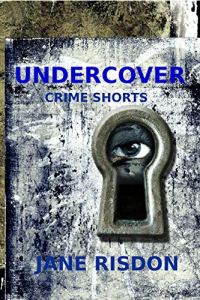 Under one cover for the first time a collection of Crime Shorts from Jane Risdon featuring previously unpublished stories which will have you on the edge of your seat. There is an extract from Jane’s forthcoming novel (series) Ms Birdsong Investigates Murder at Ampney Parva: Operation Matryoshka – with the title of Undercover – for those who’ve been awaiting this series about a former MI5 Intelligence Office, Lavinia Birdsong. There’s something for everyone who enjoys a good yarn and more twists and turns than Spaghetti Junction.

Fast-paced, well written, page turner that had me so engrossed my train journey flew by. The author clearly has done a lot of research, these short stories all felt very authentic and each had me gripped and on the edge of my seat wondering how they would play out. It’s been a long time since I read anything quite so intriguing and twisty. It certainly got my heart beating faster and I’d highly recommend this book to anyone who enjoys a great murder, mystery.

Read the reviews and buy the books: https://www.amazon.co.uk/Jane-Risdon/e/B00I3GJ2Y 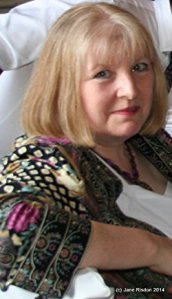 Jane Risdon began writing five years ago having had a successful career in the International Music Industry which has taken her all over the world working with everything from Rock, Thrash Metal, and R&B/Pop to Chinese Opera. Her work has taken her to North America, Europe, and Singapore: even to Taiwan.

She’s been involved in Television, Radio, and the Movies around the world.

Travelling extensively and living overseas she draws upon her life experiences when writing Crime/Mystery novels, short stories in all genres – including humour, and she has dabbled in flash fiction.

Some of these experiences have found their way into her short stories about the Music Business, and she is presently working on a novel which will bring a lot of her more crazy ‘rock ‘n roll’ experiences into one tome.

Her main focus remains crime however, and she is working on a series of novels called ‘Ms Birdsong Investigates’ centered around a glamorous ex MI5 Officer forced into early retirement, who is trying to keep a low profile in a rural village in Oxfordshire. Her past experiences come to the fore when she finds herself investigating murder. Soon she finds herself back on old territory with Russian Mafia, Ukrainian People Traffickers and an old flame to deal with.

Thank you for dropping in today and I know that Jane would love your feedback.. thanks Sally.