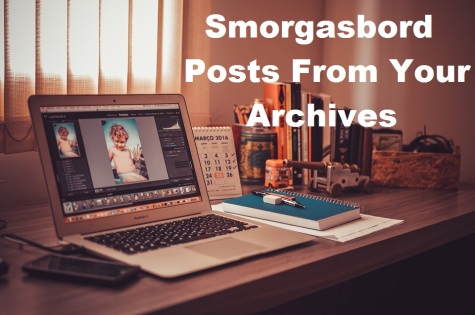 Delighted to welcome a new participant to the series…with the pen name Gibson Square writes The Cabbie Blog and has an archive full of entertaining, informative and revealing posts on London where he is a black cab driver…and you might like to pop into the back of his cab series to see all the rich and famous or infamous he has ferried around the capital.

This week a look at what is a cab.. and what’s not…

What is a Cab? and What’s not… by Gibson Square – The Cabbie Blog

For years the London cab has been easily recognisable by tourists and residents alike, its design reminiscent of a more gentle age of old fashioned continuity and dependability – well sometimes.

It had its faults – Kamikazi steering which when confronted by a narrow gap would take it into its tiny brain to swerve without the intervention of the driver.

The old FX eventually transmogrified into the imaginatively named TX series looking remarkably similar to its predecessor it was easily recognizable. Apart from the small number of Metro cabs on the street this vehicle has dominated the cab trade; with cabbies inevitably complaining that that there was no choice in which vehicle they drove.

Like London buses, you wait for one to come along and three arrive at once.

Mercedes-VitoFirst was the Mercedes, looking like a van with windows apart from being – sometimes – painted black and an attempt to distinguish it from white van man, while it most certainly doesn’t resemble a London cab. For the driver it has been a revelation in driving, it feels as if you are behind the wheel of – well a Mercedes. Rear wheel steering manages to overcome the elusive 25ft turning circle required by TfL’s Condition of Fitness for taxis.

Nissan-NV200Next off the starting blocks is the Nissan NV200. Claiming to be the world’s taxi it has already beaten off competition to be New York’s official taxi of choice. Boasting much improved fuel consumption and a glazed roof from which passengers will be able to observe London’s leaden skies, it has Boris dancing a little jig as Nissan have promised to introduce an electric version by 2014 bringing his promise to introduce by 2020 an all electric taxi fleet closer to reality.

Karson-Concept-VINow hot on the two pretenders’ heels a third cab comes along. Turkish car manufacturer Karsan (no doubt to be dubbed Karsi), has shown their electric Concept VI which appears to tick all the boxes. Right hand drive, zero emissions, 25ft turning circle and uniquely electronically operated wheelchair ramps which can be used on either side of the vehicle. But unlike the others, with the exception of the TX4, it was designed as a cab from scratch. This vehicle won New York’s popular vote for their taxi of the future.

Ford-Transit-TaxiAlso in the pipeline is the Ford Transit Taxi and that will really make London’s cabbies White Van Men. Picture from Taxi Leaks

Thanks for taking the time to check out this page about CabbieBlog. Writing under the pseudonym Gibson Square – the destination of the first ‘run’ in the Blue Book of The Knowledge – I put pen to paper about all things to be found in London.

Why spend money sitting in a noisy cab listening to whingeing from your London cab driver, or having him fill your head with useless London trivia when you can sit in comfort and read it for free?

I promise if you have a love for London you will not be disappointed. So sit down, have a cuppa, and spend a little time in my company.

I have been a Licensed Black London Cabbie since January 1997 and over that time and the five years that it took to gain The Knowledge, I’ve grown to love and despair of London in equal measure.

On Tuesday and Friday I post about London places that have taken my interest, while every Sunday is given over to nuggets of trivial information with a short piece relating to the day in question.

My thanks to Gibson Square for letting me share his fascinating posts about London….I hope you will head over and discover more secrets about the city and its people….

5 thoughts on “Smorgasbord Posts from Your Archives – #PotLuck – What is a Cab? and What’s Not by Gibson Square – The Cabbie Blog”