This is the third of the  posts that I have selected from the archives of author Janet Gogerty. This week I have chosen a short story by Janet, which will give you an idea of what you might expect from her collections that are available on Amazon. At the moment the topic of plastic shopping bags is very much in the news… and here is an alternative!!

Cauldrons bubbled, paddles stirred, pumps rose and fell. The dye selector scurried along seeking indigo and sunflower to make that special shade of green for Familyfresh.

Malcolm Rust loved machinery and money, in that order. Childhood visits to industrial museums had given him a love of pistons and presses. The only history he was interested in at school was of Victorian valleys filled with furnaces and engineering entrepreneurs making a mint, so they could build great houses on top of hills looking down on their wealth. His weekends as a teenager had been spent scouring the country for redundant factory equipment and thinking of money making projects to fund his hobby.

He had no interest in the environment, except as the provider of water courses to power mills, until he met Melissa. She worked with his mother at the new Veganarium that had replaced the cheese and bacon shop. His mother needed a job, but for Melisa it was her whole way of life.

As far as Malcolm was concerned food was fuel, the same as coal, wood and diesel for his beloved machines. But as Melissa chattered on about recipes for allergen free biscuits and biodegradable wrappers, he thought he might find a way to her heart. Why not make the biscuits and packets with the same recipe? It was time to investigate corn starch and fructose.

Now he was no longer Mr Rust, but Mr Green, inventor of the edible carrier bag and three days ago Melissa had become Mrs. Green. Channel Four was making a documentary about their plans for a perfect Ecohouse with living walls.

But no sooner had the carrier bags become familiar in every supermarket than the first criticisms began to appear on social media. Members of the public no longer had to feel guilty about plastic or litter; discarded sweet wrappers, takeaway boxes and shopping bags would all be eaten by wildlife, from snails to deer. In fact the carrier bags were so delicious, passing dogs were liable to take a bite out of your shopping.

Then came the first news story from the Familyfresh Fairtrade supermarket. Overnight, all the bundles of new carrier bags had disappeared from the store room. The first clue to the mystery came when three large rats scampered across the feet of the store manager. He ran out into the main store, only to see several more rats slip away from the checkouts. The second clue was the remnant of a carrier bag hanging limply, serrated with huge teeth marks.

A meeting of COBRA * was called after pest exterminators made urgent reports of supersized rats, gardeners posted pictures on Facebook of giant snails and a photograph appeared on breakfast television of a fox the size of a deer hound. Malcolm was summoned to reveal the ingredients of his carrier bags… 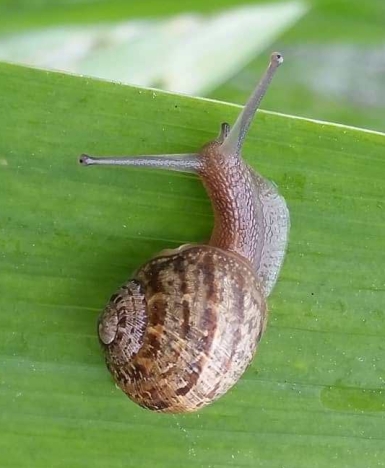 *Cobra stands for Cabinet Office briefing room A. Cobra meetings are held in Downing Street to plan government responses in times of emergency.

I have been writing frantically for 10 years and still enjoy being part of two writing groups. I am inspired by anything and everything and enjoy writing about ordinary people; but usually they find themselves experiencing strange events! When I was encouraged to tackle a novel my daughter suggested I use my short story ‘Brief Encounters of the Third Kind’ as she wanted to know what happened to Emma, whose fate had been left in the air at the end of the story.

The novel became a trilogy, Three Ages of Man and finally Lives of Anna Alsop, published in March 2015.I enjoy writing fiction of any length and have had many short stories published online. I have just published my fourth collection of short stories Someone Somewhere which includes two novellas. I also write a regular blog ‘Sandscript‘ at Goodreads. My website long ago took on a life of its own with new words and pictures regularly; visit to read short stories and other items.

A selection of books by Janet Gogerty 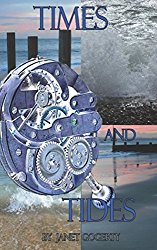 One of the reviews for Brief Encounters of the Third Kind

Jo 5.0 out of 5 stars Aliens, Time Travellers, and Great Characters.

Brief Encounters of the Third Kind is anything but brief. It is a meaty story that kept me entertained until the end. It left me wanting a sequel. I believe Janet Gogerty has a great story that could lead to further adventures.

The pace is moderate, but there is terrific character development. Each persona is different and robust. Emma is an unusual character and we can see the strain that she is placed under due to her uniqueness, which results in perfectly normal behaviour for someone who is anything but ordinary. We see her in a very human and fallible light.

At times, I was so engrossed in the story and the characters that I forgot that I was reading science fiction. With a few shocking moments toward the end, Brief Encounters of the Third Kind will keep you reading past your bedtime.

I’m rather hoping there are further adventures and that Janet Gogerty writes a follow up. I think we would all like to hear about little Adam. What happens to him? What does he become in time? I found baby Adam fascinating and well written.

If you are looking for a great story, with wonder character development, and a little bit of science fiction, then read Brief Encounters of the Third Kind.

Read the reviews and buy the books: https://www.amazon.co.uk/Janet-Gogerty/e/B00A8FWDMU/

And on Amazon US: https://www.amazon.com/Janet-Gogerty/e/B00A8FWDMU/

Thank you to Janet for allowing me to share posts from her archives and I hope you will head over to explore them for yourselves.  Sally.