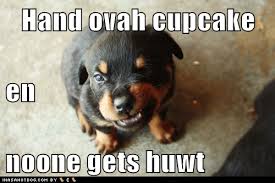 And a shaggy dog story from the archives….

Whenever two drovers get together, there is the inevitable argument about who has the best kelpie sheep dog. So the merits of their respective dogs was the subject of the debate at the bar.

‘My dog’s so smart,’ said one, ‘ I can give him five instructions at the same time and he will carry them out to perfection.

‘That’s nothing,’ said his mate. ‘I only have to whistle and point and Bluey anticipates the whole exercise.

Finally they decided to put their dogs to the test. The first drover whistled his dog and told him to dash to the saleyards, select the oldest ram, bring him back into town and load it into the ute which was parked outside the pub.

The dog sped off in a cloud of dust and ten minutes later was seen bringing a large ram down the main street. He jumped into the ute, dropped the tail gate and hunted the ram in.

‘Well that’s not bad,’ conceded the second drover. ‘ But watch this.’

‘Bluey, what about some tucker?’

In a cloud of dust Bluey streaked down the main street to a farm five kilometres from town. The dog raced into the chook house, nudged a hen off the nest and gently picked up an egg.

The dog then sped back to town and gently placed the egg at his master’s feet. But without waiting for a pat on the head, the dog gathered a few sticks and lit a fire, grabbed a billy in his teeth and dashed to the creek. Returned and set the billy on the fire and gently dropped the egg into the simmering water.

After exactly three minutes, Bluey rolled the billy off the fire, laid the boiled egg at his master’s feet and stood on his head.

‘Well that beats all,’ conceded the first drover, ‘but why is he standing on his head?’

‘Well he knows I haven’t got an egg cup,’ said the proud owner. 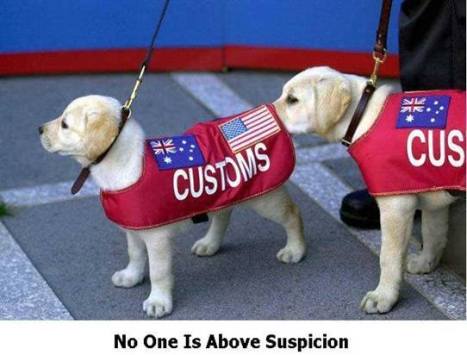 Thanks for dropping in today and I hope you are leaving with a smile on your face…thanks Sally.

21 thoughts on “Smorgasbord Laughter Lines – Let’s hear it for the dogs….. shaggy and otherwise…”