Welcome to the series on a sensation that has been blamed for our consumption or over consumption of certain foods since we were old enough to make excuses! How often do we tell ourselves or others that ‘we crave’ chocolate, crisps, cheese, soda, fried food or even something non-food related… such as dirt or coal?

We tend to assume that our craving is a form of addiction that only one food or drink can satisfy, but in fact it is more likely that it is our body reacting to a lack of an essential nutrient absent from our regular diet. Or that we are under stress and that has resulted in a imbalance in our hormone production.

During this series, I am going to be looking at some of the causes of a craving, whether it is a need for an essential nutrient or is down to a habit that has formed or because we are stressed. I will also give you the food fix that will supply that nutrient or suggest some strategies to cope with an unreasonable expectation for a food by your body and your mind.

What causes your Cravings – Part Four – Coal, Dirt and other strange stuff

This week a look at non-food cravings which tend to be very during pregnancy when the body is working for two. It usually indicates a lack of iron or minerals in the diet and whilst it is obvious that in pregnancy, a craving for coal or cardboard might be expected, it can also happen to all of us at some point in our lives. Usually after intense dieting over a prolonged period of time, or after an illness which has resulted in a depletion of the bodies stores.

Some cravings may be associated with a change in the way a person smells or tastes and may have no direct link to a specific nutrient, but generally there are two that should be considered. Especially if someone is a vegetarian or vegan. That would be iron and Vitamin B12.

The condition is called ‘Pica’ and whilst it many only be a temporary condition in pregnancy, for some it is a compulsive behaviour that is long term. 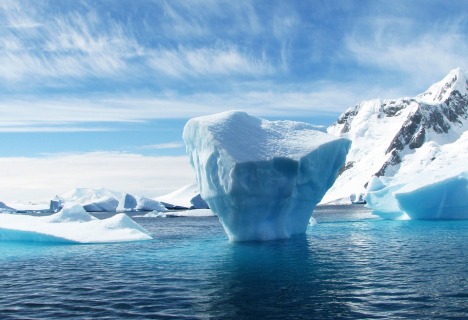 Also the foods that are craved are unlikely to contain the deficient nutrient, but the brain becomes confused when trying to point you in the right direction…For example there could be a combination of dehydration and iron and other mineral deficiencies if someone craves ice. Water depending on source, is rich in these minerals and your body is trying to solve two problems at the same time.

It is also not restricted to humans, as animals too will seek out substances to satisfy a nutrient need instinctively. Chewing the skirting board may not always be about boredom or mischief, it could be that a dog is missing trace minerals in their diet.

Sam started doing this at about six months old and having researched it I spoke to the vet who recommended a mineral supplement to add to his food during the growth phase. After about a week, he stopped chewing the skirting board.

I am not a fan of dry dog food especially cheap brands, but even in a natural food diet, it is still important to include foods that contain all the nutrients a dog needs, especially in the growth phase.

Here is an extract from an article on animals eating soil…https://remineralize.org/2017/05/craving-minerals-eating-rocks-why-do-animals-and-humans-eat-rock-dust/

Aside from wild monkeys, domestic animals are also known to involuntarily engage in geophagy during the consumption of grass and roots. Research in New Zealand found that sheep ingest more than 75 kg of soils, and dairy cows ingest more than 650 kg of soils in a year. The research contended that soil can be a large source of iodine and cobalt, the latter of which is used to make Vitamin B12[2]. Vitamin B12 is essential to the creation of red blood cells and DNA, as well as to the support of normal neurological function

And here is another piece that might shed some light on the human need for rocks, clay etc: Wikipedia

A mineral lick (also known as a salt lick) is a place where animals can go to lick essential mineral nutrients from a deposit of salts and other minerals. Mineral licks can be naturally occurring or artificial (such as blocks of salt that farmers place in pastures for livestock to lick). Natural licks are common, and they provide essential elements such as phosphorus and the biometals (sodium, calcium, iron, zinc, and trace elements) required in the springtime for bone, muscle and other growth in deer and other wildlife, such as moose, elephants, tapirs, cattle, woodchucks, domestic sheep, fox squirrels, mountain goats and porcupines. Such licks are especially important in ecosystems with poor general availability of nutrients. Harsh weather exposes salty mineral deposits that draw animals from miles away for a taste of needed nutrients. It is thought that certain fauna can detect calcium in salt licks

Here are the sources of Iron and Vitamin B12, two of the likely deficiencies that could cause a craving for non food items… and the trace minerals that your body is encouraging you to forage for!

Although there are iron rich plant foods they come with an additional element called phytates which bind to the iron and inhibit its absorption by the body. This means that vegetarians in particular need to consume Vitamin C rich foods at the same time as it disrupts the action of the phytates, releasing more iron into the body. 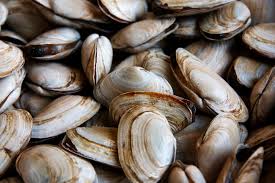 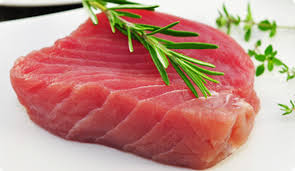 Drinking and eating high Vitamin C content foods at the same time may help your body absorb iron more efficiently especially if you are vegetarian or if you have a low animal protein diet.

Vitamin B12 – beef, offal like liver, eggs and dairy.. also mackerel, shellfish such as clams and crabs, fortified cereals and tofu, Marmite and cottage, feta and mozzarella cheese.

It is better to drink a cold glass of milk than to eat yoghurt as the fermentation process destroys most of the B12 as does boiling milk.

There are very few sources, if any of B12 in plants, although some people do believe that eating fermented Soya products, sea weeds and algae will provide the vitamin. However analysis of these products shows that whilst some of them do contain B12 it is in the form of B12 analogues which are unable to be absorbed by the human body.

On a personal note: In the last few months I have been eating less red meat and eating fish and poultry. However, despite not eating for years… I suddenly had an urge for Marmite!  I bought a jar last week and had on my breakfast toast… upping my daily intake of the Vitamin Bs, including B12 along with a host of other nutrients in this low calorie spread or drink.  And a much tastier than chewing on a lump of coal!

If you are eating a varied diet with foods from the list, you should be getting sufficient without supplementation. If you are over 50 you may find that you do need additional support in the form of a high quality multi-vitamin and mineral supplement. However, first make sure you are getting from the best possible source which is fresh food.

Go through the list of the other minerals you might be deficient in and make a note of any you may not be getting sufficient off based on the food groups that contain them.  And questions please ask.

Sodium – the best source of natural sodium is fish and shellfish, plainly cooked without batter.

If you would like to browse my health books and fiction in ebooks you can find them here: https://smorgasbordinvitation.wordpress.com/my-books-and-reviews-2019/

As always delighted to get your feedback and questions. This is not intended to take the place of your doctor’s presence in your life. But, certainly in the UK, where you are allocated ten minutes for a consultation and time is of the essence; going in with some understanding of how your body works and is currently functioning can assist in making a correct diagnosis.

Some doctors believe that a little knowledge is a dangerous thing. However, I believe that understanding our bodies, how it works, how we can help prevent health problems and knowing the language that doctors speak, makes a difference.  Taking responsibility for our bodies health is the first step to staying well.

Thanks for dropping in and please help spread the word by sharing..Sally.

38 thoughts on “Smorgasbord Health Column – What causes your Cravings – Part Four – Coal, Dirt and other strange stuff by Sally Cronin”