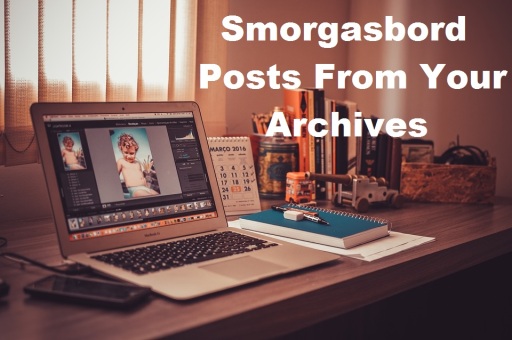 This is the second post from the archives of author Elizabeth Gauffreau who has some wonderful posts, including an interesting look at her genealogy journey, seeking out her family history.  This week a post on the art of writing a short story that is believable but does not come across as a documentary.

The Chet Arthur Five Play Jeffersonville: Some Thoughts on Verisimilitude 2017 by Elizabeth Gauffreau

And here I thought I had this verisimilitude thing down. I even remember Tony Ardizzone’s lecture on it from the first fiction workshop I took with him at Old Dominion University. (Never mind how long ago that was.)

For straight realistic fiction to engage the reader, it needs to be like real life, to suggest real life, but not transcribe real life. Contrary to the “show don’t tell” edict, what happens when you show a character’s boredom too realistically? You bore the reader. Faithfully transcribe actual conversations as dialog with all the false starts, pauses, repetition, ums and ahs? Barely intelligible and maddening to read. Phonetic representation of regional and ethnic dialects, in the Uncle Remus vein? Cringe-worthy. 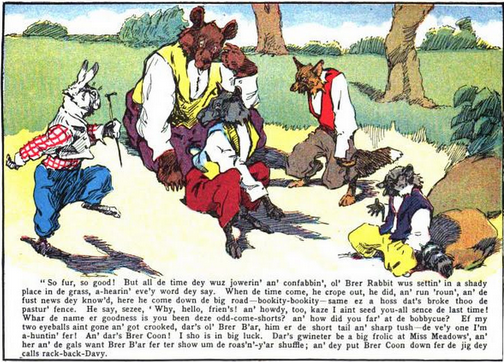 So, if I know all this, why am I worrying about it now? Well, the fact of the matter is that just because I know a convention doesn’t mean I know enough to follow it when I need to.

Several years ago, I wrote a story, “The Chet Arthur Five Play Jeffersonville,” based on a real-life experience I’d had in high school. I was very pleased with the story because I had faithfully represented everything about that experience in perfect “show don’t tell” detail, including a whole series of excruciatingly repetitive drunken conversations. Did I mention that “The Chet Arthur Five Play Jeffersonville” is a coming-of-age story?

So I sent “Chet Arthur” out to make the rounds of literary magazines, and every time it came back with a rejection slip, I reread it to confirm just how good it was.

Much to my dismay, I discovered that the whole thing was hackneyed and boring. What to do? The first order of business was to stop sending it out to bore other people and embarrass myself. Then I moved on to other projects.

Last week, I started thinking about the story and wondering whether it might be salvageable after all. My memory told me that the problem was a hackneyed coming-of-age storyline, and I was trying to think of ways that I might experiment with form to put a different spin on it. I even considered setting the story up as an algebra equation. (Never mind.)

However, when I opened the story this morning to work on it, I discovered that the problem wasn’t with the plot. The problem was how faithfully I had rendered my real-life experience, particularly the excruciatingly repetitive drunken dialog.

As well as I understood the concept of verisimilitude, I had fallen right into the trap of letting the actual experience that inspired the story drive the fiction. I also discovered that the story started and ended in the wrong places: it began too soon and went on too long. Needless to say, I’ve revised the story. Only time will tell whether I’m still deluding myself that it’s any good.

Forty-six-year-old FABY GAUTHIER keeps an abandoned family photograph album in her bottom bureau drawer. Also abandoned is a composition book of vaudeville show reviews, which she wrote when she was nineteen and Slim White, America’s self-proclaimed Favorite Hoofer (given name, LOUIS KITTELL), decided to take her along when he played the Small Time before thinking better of it four months later and sending her back home to Vermont on the train. Two weeks before the son she had with Louis is to be married, Faby learns that Louis has been killed in a single-car accident, an apparent suicide. Her first thought is that here is one more broken promise: Louis accepted SONNY’s invitation to the wedding readily, even enthusiastically, giving every assurance that he would be there, and now he wouldn’t be coming. An even greater indignity than the broken promise is that Louis’s family did not bother to notify Faby of his death until a week after the funeral took place. She doesn’t know how she can bring herself to tell Sonny he mattered so little in his father’s life he wasn’t even asked to his funeral…

In Elizabeth Gauffreau’s “Telling Sonny,” the strength of the characters is one of the irresistible aspects of this well-crafted novel. It was as if I stepped inside the book and was observing each character from a short distance, strolling with Faby through her neighborhood in Enosburg Falls, Vermont:

“…on every porch was a tin box for the milkman to leave milk, cream, butter, and eggs, with the occasional quart of buttermilk, for those who had a taste for it.”

“…halfway down the street, Mrs. Gibson’s house had gone unpainted since 1910, the year her husband died, the window shades pulled down, as though Mrs. Gibson couldn’t bear to look out and see that life on the street had gone on without him…”

Later, boarding the train in Vermont to travel the vaudeville circuit with Slim White, young Faby was leaving behind all that was familiar, her sister Josephine, Maman, Papa, and Maman Aurore, yet her adventure was just beginning. The landscapes she viewed from the train were as varied as each city they played. ”Telling Sonny” is an intriguing ride.

I missed Faby when the story ended as if I were saying goodbye to a new friend. I look forward to Elizabeth Gauffreau’s next book.

Read the reviews and buy the book: https://www.amazon.com/Telling-Sonny-novel-Elizabeth-Gauffreau-ebook/dp/B07NRV2GJ7

And on Amazon UK: https://www.amazon.co.uk/Telling-Sonny-novel-Elizabeth-Gauffreau-ebook/dp/B07NRV2GJ7

Read the reviews and follow Elizabeth on Goodreads: https://www.goodreads.com/author/show/18740495.Elizabeth_Gauffreau 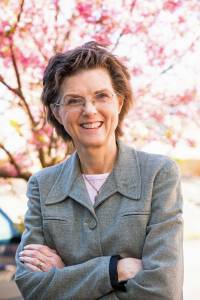 Elizabeth Gauffreau holds a BA in English/Writing from Old Dominion University and an MA in English/Fiction Writing from the University of New Hampshire. Her fiction publications include short stories in Adelaide Literary Magazine, The Long Story, Soundings East, Ad Hoc Monadnock, Rio Grande Review, Blueline, Slow Trains, Hospital Drive, and Serving House Journal, among others. Her poetry has appeared in The Writing On The Wall, The Larcom Review, and Natural Bridge.

Liz grew up a child of the 1960s in northern New England before spending twenty years in the South as a Navy wife. After working for Granite State College in Concord, New Hampshire for eighteen years, she recently accepted a faculty position as Assistant Dean of Curriculum and Assessment at Champlain College Online in Burlington, Vermont. In addition to academic advising, teaching, and higher education administration, her professional background includes assessment of prior experiential learning for college credit.

Much of Liz’s fiction is inspired by her family history, and lately she has developed an interest in writing about her family’s genealogy. Learn about her attempts to stick to the facts of her family history at http://genealogylizgauffreau.com. Liz lives in Nottingham, New Hampshire with her husband; their daughter has flown the nest to live in sunny California.

My thanks to Liz for permitting me to share posts from her archives and I encourage you to check both sites yourselves.. Your comments are always welcome… thanks Sally

10 thoughts on “Smorgasbord Posts from Your Archives – #Potluck – The Chet Arthur Five Play Jeffersonville: Some Thoughts on Verisimilitude 2017 by Elizabeth Gauffreau”