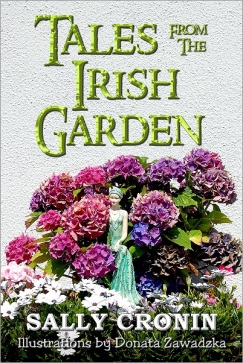 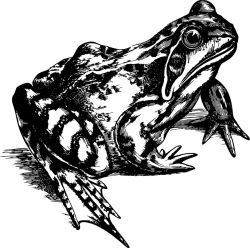 As the stores beneath the palace began to accumulate under the watchful eye of Chef Marcelle, other preparations needed to be made to ensure the palace remained dry and warm in the coming rainy season.

The Queen was not looking forward to her first winter in her new home. She was a fairy who had lived for hundreds of years in almost year-round sunshine, where she could sit in a branch of her magnolia tree, soaking up the rays.

Of course she appreciated that, to maintain her beauty, she needed to take care not to get burnt, but with the fountain of youth to hand she was secure in the knowledge that her face was unlikely to ever wrinkle. She did not like rain in the slightest, and during their first year they had experienced the vagaries of the Irish weather system; which seemed to be the reverse of her native home, with 300 days of rain and 60 days of sunshine.

However, do not imagine for one minute that Queen Filigree was not grateful for the safety of her new abode or the wonderful people she had met. She couldn’t imagine not having the dear Storyteller in her life, and she would have never have met her dashingly handsome new husband, Prince Ronan. Still, the coming months filled her with dread, and she summoned Doctor Doesugood to consult on a preventative diet to assist in maintaining her joie de vivre.

He prescribed a diet of a quail’s eggs, served on an oat and almond bread toast and a baby spinach leaf for breakfast, wild salmon fishcakes with marjoram and dill sauce for lunch – courtesy of the Storyteller’s recent poaching expedition. And for dinner Cremini mushrooms cooked in butter and strawberry yoghurt, especially fortified with sunshine from Michael’s dairy farm.

The doctor had an apothecary’s shop providing herbs and spices, and he gave the queen a large box of assorted teas to drink during the day, including ginger with raspberry, and frankincense with chamomile. He had also handmade a very special gift for his queen, which when revealed startled her majesty into admiring gasps. It was a firefly feeder with 20 vertical rows of tiny cells that were filled daily with amber nectar. In the evening the fireflies that the queen had brought with her from Spain, would now gather on the feeder and after one sip of their favourite beverage they would create a bright light for her to bask in the glow of. The doctor assured the queen that just twenty minutes each evening would maintain her healthy glow and she was thrilled.

He did however warn his patron that after the allotted time the fireflies would be rather tipsy, and would fall off into the padded tray conveniently placed. He told her not to worry as they would sleep it off and be ready for action the following night, since the amber nectar was addictive.

With her own health and that of her family now taken care of, it was time to make sure that the palace was water tight. To this end she requested the presence of Jacobi the old pigeon keeper who slept in the roof with his charges. The royal pigeons with their feathery legs were one of her joys, and she could often be found in the rafters, stroking their soft feathers and cooing in harmony with them.

Along with Jacobi, she also asked for the master web maker to be brought up from the dark recesses of the palace basement, along with the spit master. These three creatures were bred from special ancient stock, and whilst the pigeons had flown ahead of the main party when leaving Spain, the precious spider and the spitter frog were carefully placed in moss lined baskets and transported on the backs of the swans.

The web maker was reverently placed on the table in a wicker basket of the finest quality as befitted his standing in the court. The queen carefully lifted the lid and reached inside and scooped the creature into the palm of her hand. Two very large eyes opened and two spiny arms reached out to tenderly caress her wrist.

The giant spider sat happily as the queen explained her requirements. Occasionally there would be a nod of the giant head and a quick tickle with its forelegs on her delicate skin that made her giggle.

‘So we have that clear then Sir Arachnid?’ The queen paused to await acknowledgement.

‘You will encourage your team to spin 100 large webs which will be stacked ready for use between the oak leaves provided, and have them ready in the next five days.’ Two taps on her wrist, and a little wiggle of the spider’s back end confirmed the instructions. She placed her most revered servant back in his basket, and he was whisked away by a footman to his lair where his 200 troops awaited eagerly for the challenge.

The spitter frog master arrived in the throne room under his own steam. He enjoyed the run of the palace along with his team of expert fly catchers. This was especially important in the summer months when the bluebottles, fat and bloated from feeding on dead things, would push their way into any cracks and crevices in the magnolia tree’s defences. They would scoff anything they could find including the delicious honeycomb which was created in the rooftop hives. Two spitter frogs guarded the entrance to the apiaries and it was a much requested duty, as bluebottles make a stupendous treat for a frog.

‘Good morning Sir Spitface and I hope you are well today.’ The frog hopped up and down and gave an enthusiastic croak.

‘I need your team’s assistance on a special project,’ she gestured that she wanted him to hop onto the table in front of her.

She indicated a large piece of parchment in front of her, and explained that she had asked the drones from the hives to conduct a survey of the roof of the palace; identifying areas where rain might find its way in.

‘As you can see there many places, where the roof is aligned to branches of the tree and water might seep through. I have asked Sir Arachnid to provide a hundred web patches, and Jacobi to collect the fragrant parcels dropped by the royal pigeons, to provide the filler of the smaller cracks. I need you and your frog support team to use your saliva to seal them in place.’

The frog hopped around the parchment for several minutes, studying the various problem areas, and then gave a croak of assent. ‘Excellent,’ the queen gently tickled the amphibian’s knobbly head.

Over the next few days, the worker bees, fairy handymen and the frogs gathered around spots where the roof met the magnolia branches, placing the web patches, filling in small cracks and sealing all in place with frog spit. Jacobi and the Queen Bee inspected the repairs and announced their satisfaction to her majesty, who commented that the proof was in the pudding!

Sure enough, two days later there was a deluge as a front swept up from the south. Apart from one little spot that needed a little more spit, not one single drop made its way into the palace, and this of course provided a perfect excuse for a bit of a party. However, as her ladies in waiting slipped the pale pink silk dress over her head and patted it into place, Queen Filigree began to feel quite unwell. She wondered if she had overdone the ginger and raspberry tea earlier, but the next minute her ladies gasped as she slipped to the floor.

Tune in next week to find out what ails the fairy queen…..

D O’Hagan 5.0 out of 5 stars Skilful blending of elements of traditional folklore with a  ensitivity to contemporary issues 4 February 2019

In the frequently confronting context of contemporary literature, how delightful to be lured into quite another territory and immerse yourself in a fully-fledged fairy story! With royal pigeons lovingly reared over centuries, minute messages written and rolled up on onion paper, the symphony of fairy gossamer wings as fairies dance around in a panic, and diets of quail’s eggs, served on oat and almond bread toast and more, this is indeed a magical feast.

In this stand-alone sequel to her introduction to the magical world of Magia, author Sally Cronin tells the story of Queen Filigree and her court who, obliged to flee their sunny Mediterranean home, seek refuge in the very different landscape of the ‘Emerald Island’. The characters they meet there, and the stories they in turn tell in their quest for personal and collective happiness, deftly hook us in from beginning to end.

Supernatural her characters may be, but they share some very ‘human’ traits – from minor squabbling to dealing with dressing for a cooler climate or the ramifications of property development and building like many of us! Seeing their struggles, their imperfections, and their all too human tendencies is a sobering experience, as we recognise ourselves in them. Thus, the tales function at one level as a myth about the human condition, leaving us that much more self-aware, as well as entertained. In lively and whimsical fashion, the author skilfully blends elements of traditional folklore with a sensitivity to contemporary issues; the result is an enchanting and enriching fictional journey.

The fanciful nature of the story and the sometimes capricious nature of its characters is perfectly complemented by the beautiful illustrations by talented artist Donata Zawadzka.

The author’s flair for story-telling and her innate sense of humour ensures that the book will delight anyone with an imagination, of any age and background.

If you would like to browse my other ebooks.. you can find their reviews and Amazon links: https://smorgasbordinvitation.wordpress.com/my-books-and-reviews-2019/ 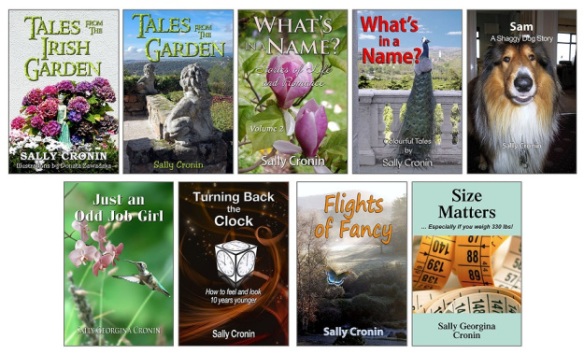 Thank you for dropping in and I hope you enjoy the rest of the book.. Chapter Twenty next Saturday Sally.

The previous chapters of Tales from the Irish Garden can be found here: https://smorgasbordinvitation.wordpress.com/tales-from-the-irish-garden-serialisation/