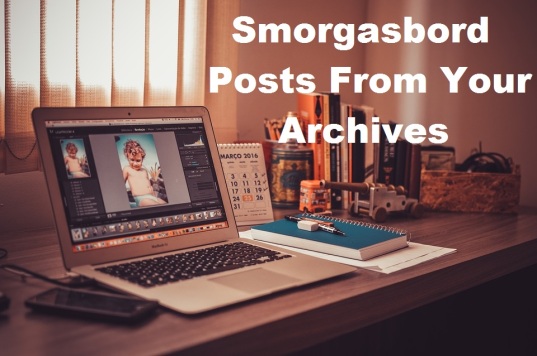 This is the second post from author K.D.(Karen DeMers) Dowdall’s archives and she also has some news, with The Captain’s Witch, her latest book being released on September 1st…A short story, that might have its roots in truth… anyone’s worst nightmare when walking in the woods. 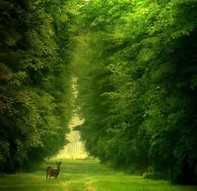 It happened in a small farming community in the northwestern part of Connecticut that also included a large forest preserve and a once glacial river, now a bubbling brook, a lake, and a spring-fed pond. The community’s roots began in 1680, as The Salmon Brook Settlement that was also home to Native Americans like the Tunix, the Massaco, and the Mohican.

It was a perfect summer day. The morning was cool and the sky was a brilliant Periwinkle blue. The deep, dense forest was a monolith of wonder for elementary school age kids. The ancient woods that the Salmon Brook flowed through provided the Native Americans with all kinds of fish, fowl, and river animals, like beavers.

Evidence of their inhabitation lingers still in the form of arrowheads, pathways, in meadows that were once crop producing fields, where they grew tobacco, beans, squash, and corn, as well as middens of shells like clams, mussels and we often searched these for artifacts. There were plenty of bones to find too, mostly animal, but sometimes, human bones that would be exposed as they washed up on the rocky river banks.

On this beautiful summer morning, a small band of kids, having traversed deeply into the forest, smelled smoke and considered it might be a fisherman on the river, frying up fish at the nearby lake. At first, they weren’t considered about the smell of smoke. The smoke was coming from some distance away.

It happened suddenly, when the leader, looked up and saw fire and one of the other children, yelled out, “FIRE!” All heads turned to the leader of the group, who stood mesmerized by the yellow-orange fingers of flame surrounding a giant oak tree, that suddenly became engulfed in flames that nearly reached the sky. The forest fire was closing in around them, silently sneaking up on them, until it roared like a lion. The fire then leapt among the tree tops, high into the sky, turning the blue sky into a purple twilight, billowing with smoke and fire.

Like deer, caught in the headlights of an on-coming car, they had frozen in fear, initially. Then they ran, following their leader to an old wagon wheel road where giant, thick oaks lined the road, that was little more, now, than a pathway. They ran and out of the corner of their eyes they watched the fire exploded into the giant oaks behind them. As they ran, animals of all kinds joined in their fierce need to escape the flames that were now, 40, 50, 60, 100 feet in the air and animals ran alongside of the five children. The leader, shocked to find a black bear keeping pace at her side, just kept running. Wild Turkeys, Foxes, Porcupines, Skunks, Woodchucks, ran with the humans, side by side on the narrow path, until the path widened as they reached an open field and ahead of them was Canton road and fire trucks with long hoses and a helicopter flew overhead. The parents of the children were kept back by officers and firemen.

The children emerged, blackened with smoke, wild-eyed with fear, and the animals took off in different directions, some crossing the road to the other side were safety could be found, unmindful of the crowd gathered on Canton Road. The children, now at the point of exhaustion, collapsed into their parent’s arms as the firefighters dosed them with cool, clear water.

This was a day the five children would never forget. The one thing I remember clearly, is the black bear running by my side. I remember we looked at each other, the black bear and I—with a look that was full of wonder and hope. I was eleven years old.

Karen Demers Dowdall PhD, MSN, BSN, was born in Hartford, Connecticut, and spent her elementary-grade school years in the small farming community of Salmon Brook, settled in 1680 by a stalwart group of Europeans. She grew up exploring its lush and dark forest preserve, swimming in Salmon Brook with a plethora of the unexplained, exploring Rock Fall Caves, and ice-skating on a “haunted” pond in winter.

Karen has traveled abroad and lived in the Republic of China, Saudi Arabia, and England. Living overseas opened to her, a vista of cultures, historical vistas, and led her to believe that all cultures have storytellers that reveal all their hopes and dreams through vivid fantasy fictions, poetry, short stories, and dramatic written presentations throughout their culture history.

Karen has always written poems and short stories, and now has three novels that represent fantasy, coming of age, and a dark mystery. Her latest novel The Captain’s Witch will be available in September 2019.

A review for Delphi Altair

Lauren Miller
5.0 out of 5 starsThis Thrilling and Mysterious Novel Will Keep You Spellbound

Oh, how this enchanting novel keeps you spellbound with it’s mystery, magic and the most engaging characters you will ever hope to come across. The author’s vivid imagination and exceptional story telling sweeps you into a world that is evocative of the “Lord of the Rings. From the very first page, you are drawn to the strange power of the mysterious and ancient journal, to the unfolding story of Delphi Altair and her best friend Donovan, and to Megan, who is grieving over the loss of her mother. Megan finds the journal, which appeared as if out of nowhere on the day of her mother’s funeral, and immediately she becomes fascinated by it. Soon, Megan comes to realize it is much more than just a story; it is terrifyingly real and that Megan is somehow integrally involved. Megan’s life is about to change in a way she could never have imagined.

I highly recommend this wonderful novel for middle-graders and above.

Read the reviews and buy the books: https://www.amazon.com/Karen-DeMers-Dowdall/e/B00JO0Q4AM

My thanks to Karen for permitting me to share some of the posts from her archives and I hope you will head over to explore them further.. thanks Sally.