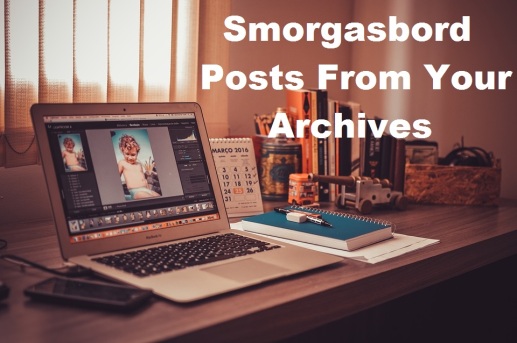 This is the third post of Debbie the DogLady who lives in Toronto, Canada and posts about travel, music, life and of course dogs. I have chosen four of her dog sitting adventures to share with you and in this post we meet Mad Max, an under exercised Border Collie with mischief on his mind.

Dogs have always been part of my life; a love passed down from generation to generation. Protracted unemployment in the early 90s required some creativity. Thus, my pet care business was born. This is a continuing series.
(Click HERE for more chapters)

Chapter Three: Max the Border Collie by Debbie the DogLady.

Max, a weekday client for several years, was a hyper Border Collie with a neurotic owner. This made for a neurotic dog as well, earning him the nickname “Mad Max”.

It was my task to take him out while his owners were at work. Without that diversion he became destructive, or as his “mom”, Joan once said: “If Max ain’t happy, ain’t nobody happy”. Somewhat of an understatement! Picture mangled shoes, bedspreads, throw rugs, etc. Max even knew how to open dresser drawers and destroy socks, underwear and anything else he could find.

Border Collies are at the top of the intelligence scale and without proper training and exercise they become frustrated, even frenzied.

In the beginning, we walked to the local park, (deserted at that time of day), to play “Fetch”. Max was completely obsessed with this game and could go on for hours if allowed. The hard part was getting to our destination. He would turn into a raving maniac at the sight of another dog and practically ripped my arm off a few times!

In a bid for self-preservation, I opted to drive him elsewhere and found a lovely little green space that was largely undisturbed. Good compromise! Max got his exercise and my arm remained intact.

One day, I found a note from Joan . “We have enrolled Max in Flyball and there’s a box set up in the basement. (Dogs push on the box to release a tennis ball: “It’s All About The Box“.) Could you please go down and work with him a little?” At that time, I was still recovering from a badly broken ankle and the cast had only been off for a couple of months. I thought it best to take Max to the park first, then come home and give it a try. As I slowly and unsteadily made my way down the winding staircase, Max hurled himself at me from behind and I went flying into the drywall at the bottom. It was as if he were a bowling ball, knocking down a pin!

Panicked thoughts flashed through my mind; especially concerning the recently broken ankle and my bad knee from a previous injury, (yes, also dog-related; stay tuned for that chapter). Fortunately (!) my head bore the brunt as it hit the wall, leaving a large, jagged hole. This had a stunning effect and I couldn’t move right away. Max just stood there looking at me, head tilted as if to say: “Well, aren’t you getting up?”

Other than a slight headache, I was, thankfully, still in one piece. The wall, however, did not fair so well. My first thought was that Max’s owners would be upset with me and terminate our relationship. Silly! It was their dog who knocked me into the wall; certainly not my fault. When writing the note, I included the bowling ball comparison, in hopes that a little humour would diffuse any annoyance on their part. I even offered to split the cost of the repair. Silly again, but, that’s just the way I am. Fair to the point of being ridiculous, sometimes.

Joan called me that night, apologizing profusely and asking me over and over: “Are you okay?” It occurred to me then that, had I been hurt, she would be liable, so I’m sure she was relieved by my affirmative answer. Her husband repaired the wall shortly thereafter and the incident was never mentioned again.

Joan told me of her plans to adopt a baby and become a stay-at-home Mom. My concern was that Max and baby wouldn’t mix well. Joan admitted similar thoughts and vowed to “keep an eye” on him. In my mind, this was insufficient, but, I kept my mouth shut. After the baby arrived, Max still went out with me twice a week, for a couple of months. Luckily, he bonded with the baby and became a more gentle dog around him, although very protective.

One day, Joan left a note saying she could no longer afford to pay for Max’s outings and that we would stop at month’s end. I was saddened by this turn of events, not only from a monetary standpoint but, also a personal one. Max and I had become good buddies, plus he needed regular exercise to stay on an even keel. Hopefully, Joan would keep it up.

While driving through the area a few years later, I spotted Joan with her son and Max, walking to the park. Max would have been 8 or 9 years old then and seemed calmer. He was also chubbier, but that can happen to the best of us. Much to my delight, he recognized me and wagged his tail furiously. Good to be remembered and nice to know everyone was doing well.

Thanks for visiting my little corner of the internet. Let me entertain you with memoirs, photos, travelogues, creative writing pieces, music galore and so much more.

I was born in Germany, now living in Canada. My mother was German and my father, Canadian of German descent. They met in 1953, during his first posting to her homeland, following a tour of duty in Korea. This makes me an “Army Brat”.

I speak English, German, some French, a little Italian and a smattering of Spanish. I love music, travel and of course dogs.

My thanks to Debbie for permitting me to share posts from her archives and I hope you will head over to explore them further.. Thanks Sally.

30 thoughts on “Smorgasbord Posts from Your Archives – #Potluck #Dogsitting – Chaper Three: Max by Debbie the DogLady”