Delighted to feature the new release from Mike Biles – A Bit about Britain’s History: From a long time ago to quite recently. 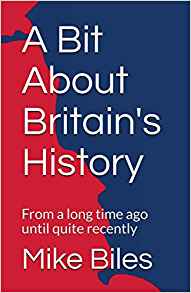 Could this short, elegant, volume be the only book on British history you’ll ever need?

A Bit About Britain’s History is for anyone who wants a serious, yet light, introduction to Britain’s amazing story. If you don’t know the basics, or would like a reminder, this book is for you. It is also perfect for those that didn’t enjoy history at school, but who have suddenly realised they’d like to understand it a bit better now.

What did the Romans achieve? How did Christianity arrive? Who are the English and why did they fight the French so often? What is Henry VIII’s greatest legacy? When did democracy start and people get the vote? Why on earth did Britain get involved in WW1?

Organised clearly and chronologically, A Bit About Britain’s History covers every period from a long time ago until quite recently. It begins by briefly mentioning that the place was once inhabited by extremely large lizards, and ends up with a post-war 20th century consumer society. Brief articles explain the essential aspects of Britain’s past, including how the ancestors of its current inhabitants arrived, how they fought each other, formed nations, fell out over religion, acquired a large empire, became gradually more democratic, helped win a couple of world wars and were left wondering what to do next. At the end of the book are detailed timelines for each period, which provide useful reference and make fascinating reading in their own right.

A Bit About Britain’s History might be the only book on British history you’ll ever need; or it might be your stepping stone to more in-depth academic reading

An early review for the book

Helen Devries 5.0 out of 5 stars Multum in Parvo…a super overview of the history of Britain 29 August 2019

It is accurate, it is easy to read, and its wealth of information is delivered with humour.
Thanks to good teaching and a lifelong interest I do know my history, but still enjoyed the book, which would be ideal for someone a bit hazy on who and when all the Georges were or what happened to the Druids.

Read the reviews and buy the book in print and kindle: https://www.amazon.co.uk/Mike-Biles/e/B07W928W23 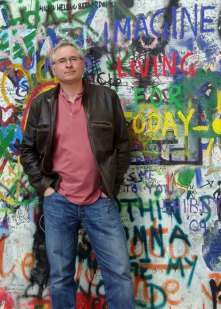 Mike has lived in Britain all his life and generally loves the place, warts and all. He first learned history on his dad’s knee and went on to study medieval and modern British and European history at university. He was planning on teaching it, but then drifted into a career running his own business. Despite having worked with some of the UK’s most prestigious firms, he is often at his happiest with his nose in a history book, or exploring a historic site where the past is close. Several years ago, Mike began a blog – now an increasingly authoritative website – ‘A Bit About Britain’. He had to write a bit about Britain’s history for the website, and it seemed only sensible to put the material into his first book, ‘A Bit About Britain’s History’.

Thank you for dropping in today and it would be great if you could spread the news about Mike’s new book.. thanks Sally.