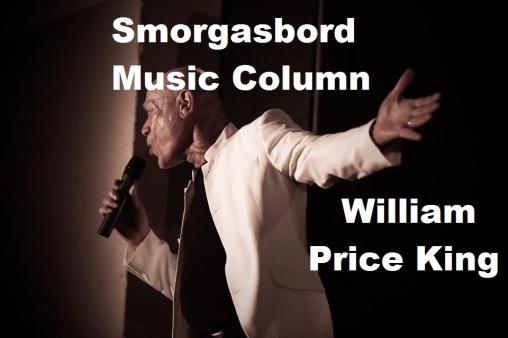 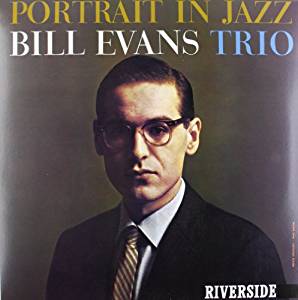 Before we listen to some of Bill Evan’s music, here is and excerpt fromhis biography from Jan Stevens of  The Bill Evans Web Pages

Bill Evans was born in Plainfield, New Jersey on August 16, 1929 and began his music studies at age 6. Classically trained on piano; he also studied flute and violin as a child. He graduated with a degree in piano performance and teaching from Southeastern Louisiana College (now University) in 1950, and studied composition at Mannes College of Music in New York. After a stint in the Army, he worked in local dance bands, and with clarenetist Tony Scott, Chicago-area singer Lucy Reed and guitarist Mundell Lowe, who brought the young pianist to the attention of producer Orrin Keepnews at Riverside Records.

Evans’ first album was New Jazz Conceptions in 1956, which featured the first recording of his most loved composition, “Waltz for Debby”. It’s follow-up, Everybody Digs Bill Evans was not recorded for another two years; the always shy and self- deprecating pianist claiming he “had nothing new to say.” He gradually got noticed in the NYC jazz scene, for his original piano sound and fluid ideas, when in 1958, Miles Davis asked him to join his group (which also featured John Coltrane and Cannonball Adderley) He stayed for nearly a year, touring and recording, and subsequently playing on the all-time classic Kind of Blue album — as well as composing “Blue in Green”, now a jazz standard. His work with Miles helped solidify Bill’s reputation, and in 1959, Evans founded his most innovative trio with the now-legendary bassist Scott LaFaro and with Paul Motian on drums. The trio concept of equal interplay among the musicians was virtually pioneered by Evans, and these albums remain the most popular in his extensive catalog. They did two studio albums together in addition to the famous ‘live” sessions at NYC’s Village Vanguard in 1961. LaFaro’s tragic death in a car accident a few weeks after the Vanguard engagement — an event which personally devastated Bill — sent the pianist into seclusion for a time, after which he returned to the trio format later in 1962, with Motian again, and Chuck Israels on bass.

His 1963 Conversations With Myself album , in which he double and triple-tracked his piano, won him the first of many Grammy® awards and the following year he first toured overseas, playing to packed houses from Paris to Tokyo, now solidifying a worldwide reputation. The great bassist Eddie Gomez began a fruitful eleven year tenure with Bill in 1966, in various trios with drummers Marty Morell, Philly Joe Jones, Jack DeJohnette and others — contributing to some of the most acclaimed club appearances and albums in Evans’s career. His recorded output was considerable — (for Riverside, Verve, Columbia, Fantasy and Warner Bros) over the years, and he also did sessions (especially early on) with some of the top names in jazz. Musicians like Charles Mingus, Art Farmer, Stan Getz, Oliver Nelson, Jim Hall, George Russell, Shelley Manne, Toots Theielmans, Kai Winding /J.J. Johnson, Hal McKusick and others all featured Evans. In the seventies, he recorded extensively– primarily trio and solo piano now and then, but also including several quintet albums under his own name as well two memorable dates with singer Tony Bennett.

His last trio was formed in 1978, featuring the incomparably sensitive Marc Johnson on bass and drummer Joe LaBarbera, which rejuvenated the often-ailing pianist, who was elated with his new line-up, calling it “the most closely related” to his first trio (with LaFaro and Motian).

Now time to listen to some of his music.

“Portrait in Jazz “, (Full Album) recorded by the Bill Evans Trio with Scott LaFaro on bass and Paul Motian on drums, was released in 1960 on the Riverside label just eight months after Evans collaborated with Miles Davis on the album “ Kind of Blue “. Most of the pieces on this album are standards which highlight LaFaro and Motian as equal partners with Evans (each one has his creative space) and their interpretations are far from routine. The result of their team work is quite well-balanced. Evans’ exploration of the ballads on this album illustrates his originality in the way he approaches each melody with his own endearing sound, like crystal notes in a series of waterfalls.

Here is a track from the album “Blue in Green”.

“Conversations With Myself” was recorded with Glenn Gould’s piano in 1963, overdubbing three different piano tracks for each song. At that time overdubbing was not looked upon favorably, rather as a gimmick and synthetic. Nonetheless, this album became a jazz classic and earned Evans his first Grammy Award in 1964 for ‘Best Jazz Instrumental Album, Individual Group’ and received a 5-star review in Down Beat in 1963

“The Tony Bennett/Bill Evans album” (Full Album) was recorded in 1975. Tony Bennett and Bill Evans had very little in common except being jazz musicians. Bennett was a very strong extroverted jazz singer with a conservative style whereas Evans was shy, introverted, and impressionistic. But, during this recording they became of like mind as Bennett, with his mastery of phrasing, remained centered, and when each vocal was finished Evans would break into his characteristic lyrical playing turning each piece into a gem.

This track from the album is “You Must Believe in Spring”.

“Sunday at the Village Vanguard “,  (Full Album) released in 1961, is considered to be one of the best live jazz recordings of all time. Evans was accompanied by bassist Scott LaFaro and drummer Paul Motian. This outstanding live performance spotlights the alchemy between the three musicians, a single homogenous musical thought expressing one voice, but from three distinctive points of view. This was a real conversation, not the normal conversation between musicians where each one plays through the chord changes via improvisation to end up at the same place at the same time. Evans had a democratic vision of cooperation within his trio where each member performed with perfect empathy and telepathy, which was rare among musicians at that time. I fully understand why this live jazz performance is considered as one of the best, ever. You will, too.

Enjoy this track “Alice in Wonderland from the album”

More information about Bill, his life and music: https://billevanswebpages.com/

My thanks to William Price King for bringing us the music of Bill Evans thank you too from us both for tuning in.

Thank you for dropping in today and I hope you have enjoyed the music…thanks William and Sally.