The Crossroads Trilogy – The Quest for Home by Jacqui Murray is the first book to be celebrating recent reviews. I have read both books in the trilogy and can highly recommend.

About The Quest for Home

Driven from her home. Stalked by enemies. Now her closest ally may be a traitor.

Xhosa flees what she had hoped would be her new home after being attacked by invaders from the North. She leads her People on a grueling journey through unknown and dangerous lands of what we now call Europe. As she struggles to overcome strangers around her and disruptions within her People, Xhosa faces the reality that her most dangerous enemy may not be the one she expected. It may be one she has trusted with her life.

The story is set 850,000 years ago, a time in prehistory when man populated most of Eurasia. He was a violent species, fully capable of addressing the many hardships that threatened his survival except for one: future man, a smarter version of himself, one destined to obliterate any who came before.

Based on a true story, this is an unforgettable saga of hardship and determination, conflict and passion as early man spreads across Eurasia. Xhosa must regularly does the impossible which is good because nothing less than the future of mankind is at stake.

This is the second book of the Crossroads trilogy, and it picks up right where “Survival of the Fittest” left off. I loved the first book and couldn’t wait to continue the journey. Xhosa continues her quest to get her people to safety. Although I loved Xhosa’s strength and interactions with her people, it’s the wolf that held my heart. The journey in this prehistory world is fast-paced and full of danger. The details drew me into their world without weighing down the action. There is the perspective through the group that broke off from Xhosa’s people which added to the depth of this narrative. The characters all struggled to survive with sustenance, shelter, and the quest for control which is not much different than modern times. I’m enthralled with prehistoric fiction and this series. I can’t wait for book three. I highly recommend “The Quest for Home” and the rest of the Crossroads books!

Read the reviews and buy the book: https://www.amazon.com/gp/product/B07WSGPFH5/

A selection of other books by Jacqui Murray

Connect to Jacqui via her Blog: Worddreams,

The next review is for the poetry collection  Roads: A Journey With Verses – Vandana Bhasin and Smitha Vishwanath

“Roads” is a poetic rendezvous that takes the reader on a panoramic journey, making one pause, ponder and celebrate life.

The book is a light, alluring read that instantly strikes a chord and elevates one’s spirits. A trove of 60 poems, it is quilled with beads of nine virtues: Courage, Wisdom, Serenity, Love, Hope, Strength, Joy, Compassion and Gratitude. The verses encapsulate life’s ebbs and flows while prompting the reader to enjoy its simple pleasures.

“Roads” is a book that you would want to keep on your bedside, for a quiet read before retiring for the night or for the morning wisdom to seize the day. With poems revolving around emotions that each of us experiences, “Roads” very easily develops a personal connect with the reader that is defiantly refreshing.

“Roads” is a journey with verses. Take it on yours.

I love poetry and even wrote a few here and I thought I could also come out with poetry, as well wishing friends commented positively on them.

Then I was reading some of the comments elsewhere from people who are good in poetry, rubbishing random people like me writing crap in the name of poetry.

That’s when I came across this book, Roads. Frankly, the first thing attracted me was that the authors are both ex-bankers like me.

With that connection established, I got the book and started reading.

The collection of poetry has one striking feature. The authors start with a summary giving a background to the poem that follows.

For me poetry has the superiority over literature as the reader gets to interpret the lines in a beautiful way. The verses add to this edge.

The book is of 60 poems arranged under nine virtues. I think the poets have contributed 30 each. Of course I didn’t count, which is a deliberate decision.

But then, one may not be able to find out who the poetess is by reading the poem as both have similar styles for a reader like me trying to follow their expressions of the heart. Perhaps all hearts speak the same language. In fact the poets have hinted that it’s a reflection of their life journey.

Though not an expert, I can say that I enjoyed reading each and every poem. Bankers also can be good poets. And the poems here are really good.

By the way, I am sure that the experts that I spoke about initially will endorse these beautiful poems. The banker colleagues have made us proud.

Read the reviews and buy the collection: https://www.amazon.com/dp/B07TW5WT23

Connect to Vandana via her blog: My Feelings My Freedom 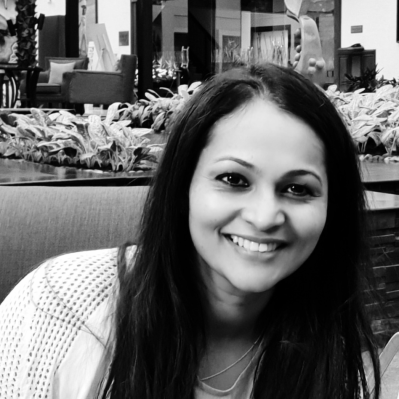 Connect to Smitha via her Blog: https://lifeateacher.wordpress.com

And the final review today is for Anne Goodwin with a recent review for  Underneath…..A psychological thriller.

He never intended to be a jailer …

After years of travelling, responsible to no-one but himself, Steve has resolved to settle down. He gets a job, buys a house and persuades Liesel to move in with him.

Life’s perfect, until Liesel delivers her ultimatum: if he won’t agree to start a family, she’ll have to leave. He can’t bear to lose her, but how can he face the prospect of fatherhood when he has no idea what being a father means? If he could somehow make her stay, he wouldn’t have to choose … and it would be a shame not to make use of the cellar.

Will this be the solution to his problems, or the catalyst for his own unravelling?

After reading the blurb, I was immediately excited by this book, as I could see some similarities to John Fowles’ novel The Collector – a book I love.

As a result, I really liked reading Underneath. It was incredibly easy to keep reading – I was definitely hooked.

Each part of the book – I believe it’s split into 6 parts – begins with a mini prologue which is set after the imprisonment has taken place. After each of these, the book returns to the current narrative, where Steve and Liesel are still happy and in love. I thought these sections were especially good and intriguing, because I was keen to learn how Steve unravels from an ordinary man into a crazed kidnapper.

I say ‘an ordinary man’ as, for most of the book, Steve is just that. There’s nothing sinister about him at all, really. Although there are some flashbacks to Steve’s childhood, in which he is bullied by his older sisters, I was not convinced his childhood was damaging to the point of causing extreme psychological issues and violent tendencies which would bubble to the surface later in his life. Personally, I wish these flashbacks had contained stronger evidence of a troubled childhood development such as, for example, Steve regularly lashing out in anger as a child, struggling to accept being told ‘No’, or showing a fascination for murder or kidnapping stories in the news. I think these sorts of things would have provided a more solid basis for the motivation behind Steve’s future plan to imprison his girlfriend. As it is, Steve’s decision comes completely out of the blue, which is arguably less creepy than a premeditated attack.

This plan is also carried out quite late in the book; I was more than halfway through before any kidnapping began. This might be something for you to bear in mind if you prefer fast-paced thrillers, as Underneath is much more of a “slow burner”. Whilst I might have enjoyed a quicker pace, in the long run, I didn’t really mind because I thought it gave plenty of time to characterise and develop Steve and Liesel well.

Having said that, I did prefer the imprisonment scenes somewhat more than the build-up to the imprisonment. The last third or so of the book was especially engrossing. There are some great twists and, following the kidnapping, Steve gradually becomes more enraged and unhinged. The ending was also dramatic and satisfying; due to his psychological state, Steve begins to hallucinate people from both his past and present – whether dead or alive – and that was fascinating to see from his perspective.

As I have mentioned, there are a few things I wish had been done slightly differently. Nevertheless, I still really liked reading Underneath and, after reading a review e-book copy, I’d love to support Anne Goodwin by picking up a paperback copy myself as well.

Read the reviews and buy the book: https://www.amazon.co.uk/Underneath-Anne-Goodwin-ebook/dp/B06X9VN6CD

And on Amazon US: https://www.amazon.com/Underneath-Anne-Goodwin-ebook/dp/B06X9VN6CD/

Read the reviews and buy the books: https://www.amazon.co.uk/Anne-Goodwin/e/B0156O8PMO

And on Amazon US: https://www.amazon.com/Anne-Goodwin/e/B0156O8PMO/

Connect to Anne via her blog:https://annegoodwin.weebly.com/annecdotal

Thank you for dropping in today and I hope you are leaving with some books under your arm.. thanks Sally.