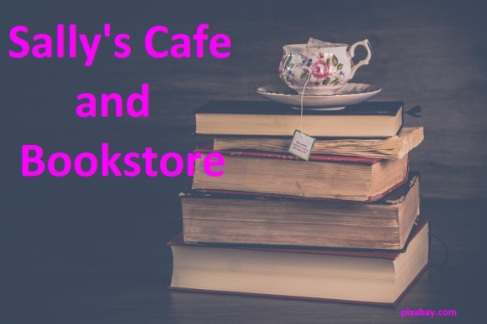 About the Dotan Naor thriller series

DOTAN NAOR is an ex-Mossad agent, bounced out of the agency not just for a fatal miscalculation in Palestinian Jenin but for his inability to live within the bureaucracy and submit to authority. Dotan is now a private detective who uses his immense skills of persuasion and violence to rescue Israelis who are in peril throughout the world. Through his extensive travels in Asia, Dotan has developed a love for Eastern philosophy and lifestyle; his enhanced spiritual existence also happens to be good for business as many Israelis run off to exotic Asian locales to let off steam after their mandatory and often dangerous military service.

About Passport to Death

Dotan Naor, an Israeli private investigator, ousted from Shin Bet—Israel’s internal security service—goes to Thailand to find Sigal Bardon, a beautiful young girl from a wealthy Israeli family. Sigal has disappeared in Bangkok—completely. Dotan has connections in Thailand and he’s familiar with Bangkok’s dark side—the narrow alleys with bars and hookers, trenches of stagnant water, hotel rooms with illicit activity. This is where he intends to start his search. But when the passport of the missing Israeli girl ends up in his hands during his first taxi ride in the city, he’s suspicious that someone is playing him. But who? And why?

As Dotan searches for Sigal, police corruption blocks his every path. Every lead he pursues draws him closer and closer to a black hole in his “own” past—one intertwined with his pursuit of Sigal—one that leads him to Reuven—and the haunting failure that led to the dismissal of both of them from Shin Bet. The wound between Dotan and Reuven is raw and deep, but Dotan realizes it must be healed in order to save Sigal.

My review for Passport to Death

For book lovers with a leaning towards action thrillers, Passport to Death certainly ticks most of the boxes. Set in the seedier parts of Bangkok with a cast of characters who are various shades of dark, there is no dawdling as we get right into the intrigue surrounding the disappearance of Sigal Bardon who appears to have got on the wrong side of some very uncompromising individuals.

The mystery deepens as various interested parties insinuate themselves into  Dotan’s investigation, and despite his previous experiences in Bangkok, even he begins to question what is true and what is fake news.

The characters are drawn very well and few are likeable, including the missing girl whose family are desperate to find her. Unsurprisingly, Dotan’s actions reflect his previous work as part of the Israeli Secret Service and he brings his own darkness to the story..

This is not a cozy mystery and there is sex, drugs and quite a bit of violence in the book. Some of the young people who are spending their gap year travelling, are drawn into the dark alleyways of this City in search of adventure, away from the smiling faces and simple life to be found across most of Thailand. There are predators only too willing to take advantage and to hook them on their drug of choice. Some eventually struggle to the surface and find sanctuary at temples on the outskirts of the city until found and returned home, and others simply disappear.

It is not a place to send Miss Marples to find the lost. It needs someone edgy and familiar with the darkness to unravel the spider’s web of corruption and deceit. Dotan Naor is the man for the job and under the circumstances, should a child of mine go missing in a similar environment, his number would be the first I called.

The author has done a good job creating this chilling environment and the damaged characters inhabiting it.

Also in English by Yigal Zur

Read the reviews and buy the books: https://www.amazon.com/Yigal-Zur/e/B07KDWG5PS

YIGAL ZUR is a noted writer and journalist who has written 13 books till now in Hebrew. His thriller Troubles in Paradise is the first to feature ex-Mossad agent Dotan Naor and takes place in Thailand. His second thriller Death in Shangri-la which was the first to be translated into English (published by Oceanview 2018) continue to feature Dotan Naor and takes place in North India. The third thriller in the same series is Lost in Lotus Land and takes place in Ko-Samui, Thailand and in Cambodia . ZUR wrote as well travel books and guides to India and China, a script for “Menelik – a black jewish prince” which was filmed in 1999. Amongst his published works are the novels Dark Prune, Spring of Almond’s Blossom, and The Monsoon’s End,. He has hosted successful tv travel shows.

Thanks for dropping in today and I hope you have enjoyed the review and will head over to check out Yigal’s books further. Thanks Sally.