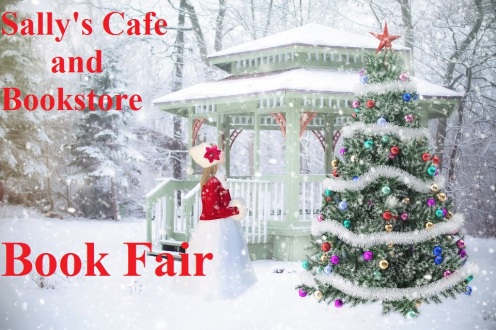 Welcome to this year’s Christmas book fair where I will be sharing the books of all the authors on the shelves of the Cafe and Bookstore with their most recent review in the last six months. I will be selecting authors at random so that there is something for everyone in the post.

And the first featured book today is by Anne Goodwin with a recent review for  Underneath….A perfect gift for lovers of  psychological thrillers.

He never intended to be a jailer …

After years of travelling, responsible to no-one but himself, Steve has resolved to settle down. He gets a job, buys a house and persuades Liesel to move in with him.

Life’s perfect, until Liesel delivers her ultimatum: if he won’t agree to start a family, she’ll have to leave. He can’t bear to lose her, but how can he face the prospect of fatherhood when he has no idea what being a father means? If he could somehow make her stay, he wouldn’t have to choose … and it would be a shame not to make use of the cellar.

Will this be the solution to his problems, or the catalyst for his own unravelling?

After reading the blurb, I was immediately excited by this book, as I could see some similarities to John Fowles’ novel The Collector – a book I love.

As a result, I really liked reading Underneath. It was incredibly easy to keep reading – I was definitely hooked.

Each part of the book – I believe it’s split into 6 parts – begins with a mini prologue which is set after the imprisonment has taken place. After each of these, the book returns to the current narrative, where Steve and Liesel are still happy and in love. I thought these sections were especially good and intriguing, because I was keen to learn how Steve unravels from an ordinary man into a crazed kidnapper.

I say ‘an ordinary man’ as, for most of the book, Steve is just that. There’s nothing sinister about him at all, really. Although there are some flashbacks to Steve’s childhood, in which he is bullied by his older sisters, I was not convinced his childhood was damaging to the point of causing extreme psychological issues and violent tendencies which would bubble to the surface later in his life. Personally, I wish these flashbacks had contained stronger evidence of a troubled childhood development such as, for example, Steve regularly lashing out in anger as a child, struggling to accept being told ‘No’, or showing a fascination for murder or kidnapping stories in the news. I think these sorts of things would have provided a more solid basis for the motivation behind Steve’s future plan to imprison his girlfriend. As it is, Steve’s decision comes completely out of the blue, which is arguably less creepy than a premeditated attack.

This plan is also carried out quite late in the book; I was more than halfway through before any kidnapping began. This might be something for you to bear in mind if you prefer fast-paced thrillers, as Underneath is much more of a “slow burner”. Whilst I might have enjoyed a quicker pace, in the long run, I didn’t really mind because I thought it gave plenty of time to characterise and develop Steve and Liesel well.

Having said that, I did prefer the imprisonment scenes somewhat more than the build-up to the imprisonment. The last third or so of the book was especially engrossing. There are some great twists and, following the kidnapping, Steve gradually becomes more enraged and unhinged. The ending was also dramatic and satisfying; due to his psychological state, Steve begins to hallucinate people from both his past and present – whether dead or alive – and that was fascinating to see from his perspective.

As I have mentioned, there are a few things I wish had been done slightly differently. Nevertheless, I still really liked reading Underneath and, after reading a review e-book copy, I’d love to support Anne Goodwin by picking up a paperback copy myself as well. 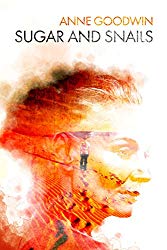 And on : Amazon US

Connect to Anne via her blog: Annecdotal

The next author is Donna W. Hill with her YA Adventure The Heart of AppleButter Hill.

About The Heart of Applebutter Hill

When 14-year-olds Abigail and Baggy leave home, they have little more than Baggy’s camera and Abigail’s guitar. Rounded up by the authorities, they are placed with guardians and enrolled in a progressive school. Abigail, a songwriter who knows her sight is failing, is mortified to learn that she is already legally blind. When she meets Curly Connor, her new guide dog, however, she thinks her obstacles are all behind her. Troubles begin quickly when the friends uncover a dangerous secret. Someone at school wants to steal the powerful Heartstone of Arden-Goth. Join Baggy, Abigail and Curly Connor as they explore Elfin Pond, sneak around Bar Gundoom Castle and row across an underground lake. As summer heats up, their troubled friend Christopher is viciously bullied, and an armed stranger terrorizes Abigail and Baggy. The friends disagree about the spy’s identity, but both think it’s a teacher. Educator-recommended for middle-school diversity and anti-bullying initiatives.

One of the recent over 50 reviews for the book

This is a fun and feisty book. It definitely captured my imagination and left me hoping for a sequel. Give it a chance and you will be rewarded with an,imaginative journey unlike any other fantasy novel.

And now something for the younger generation in the family from Deanie Humphrys-Dunne.. A Tractor Named Wilbur. Illustrations by Holly Humphrys -Bajaj

WILBUR is a small, shy tractor. He loves cutting the grass for Jim. But what happens when he must find a new home? Will Jim still be his friend? Who will the new owner be? WILBUR would love for you to take him home and read about his adventure. A Tractor Named Wilbur is the first in a fun series coming your way!

Susan Brougher 5.0 out of 5 stars Helps a child see the positive side of changes October 11, 2019
A really cute story! I had to smile often at the sweetness of it. Wilbur the tractor is much loved by his owner. An easy read with an important message for children about change and seeing the possibilities of new adventures. The reader could feel what it was like for Wilbur, the owner, and Hattie, the chicken through the author’s clever style of conversing. The questions at the end were a good idea to encourage children to remember what they read, and to help them express their thoughts when answering.

A selection of books by Deanie Humphrys-Dunne 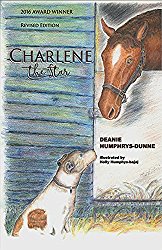 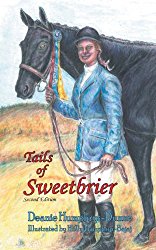 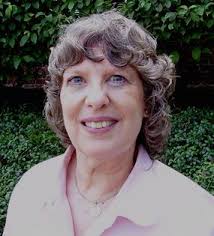 Connect to Deanie via her website: Children’s books with Life Lessons

The final author today with a book for mystery lovers, and I certainly enjoyed is Judy Penz Sheluk for Past and Present – A Marketville Mystery – At the time of posting the book was priced at 99c/99p but that may now not be the case.

Sometimes the past reaches out to the present…

It’s been thirteen months since Calamity (Callie) Barnstable inherited a house in Marketville under the condition that she search for the person who murdered her mother thirty years earlier. She solves the mystery, but what next? Unemployment? Another nine-to-five job in Toronto?

Callie decides to set down roots in Marketville, take the skills and knowledge she acquired over the past year, and start her own business: Past & Present Investigations.
It’s not long before Callie and her new business partner, best friend Chantelle Marchand, get their first client: a woman who wants to find out everything she can about her grandmother, Anneliese Prei, and how she came to a “bad end” in 1956. It sounds like a perfect first assignment. Except for one thing: Anneliese’s past winds its way into Callie’s present, and not in a manner anyone—least of all Callie—could have predicted.

One of the recent reviews for the book.

It’s been just over a year since Callie inherited the Marketville house from her father. She is ready to give up the house but decides to stay in Marketville and open up her own business with a few of her new friends. Thus Past and Present Investigations is born, and this is not your average P.I. firm. They quickly get their first client, a lady who wants to know what happened to her Grandmother. You will not believe how the past connects the present.

After finishing book one I could not wait to read this book. This book did not disappoint. It was just as good as the first one with plenty of twists and turns to take you on a wonderful mysterious ride. The characters are real with quirky personalities. I love how the group of women come together and use each person’s strength to solve the mystery. The plot is well developed and the story moves along at a quick pace. This story is full of suspense and humor. I can not wait to read the next book in the series.

I listened to the audio version of this book the narrator Claira Jordyn does a wonderful job with her voice acting. Even with the story being told from Callie’s POV Jordyn does a great job voicing each character. She helps bring the story to life.

Read the reviews and buy all the books: Amazon US

Connect to Judy via her blog: Judy Penz Sheluk

Thank you for dropping in today and I hope you are leaving with some books under your arm… thanks Sally.