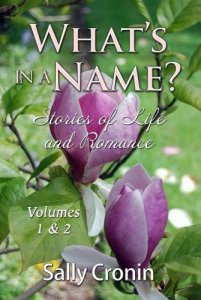 When Joyce Briggs was sixteen years old, her boyfriend at the time Ernie Winterbottom, took her to the cinema to see the latest epic to hit the silver screen which was Alexander the Great with Richard Burton. His aim was twofold. To impress the curvy Joyce with his intellectual prowess by choosing a film that was a bit la-di-dah, and to get her into the back seats of the cinema for a bit of you-know-what!

What Ernie did not take into account was that Joyce was besotted with Richard Burton. The sight of him in his armour as the great Alexander, not to mention his bare knees, had her more of a quiver than the prospect of a kiss and a cuddle with a spotty Herbert of a lad. In fact she barely acknowledged Ernie’s presence throughout the action packed two hours and twenty-three minutes. Not only did he not get to snuggle against her ample proportions in the back seat, she talked non-stop all the way home on the top of the bus despite his best efforts to silence her with desperate kisses.

Finally, they arrived at the door of the flat that she shared with her widowed mum and he was just about to turn away and wend his lonely way home when she fluttered her eyelashes at him.

‘Me mum’s away at my gran’s for the night,’ she puckered her lips at him suggestively. ‘Do you fancy coming in for a cuppa?’ Thankful that the evening had not been entirely wasted, Ernie was in the flat as quick as a ferret up a drainpipe.

Nine months later to the night, Joyce Winterbottom welcomed her son into the world and announced to the rather reluctant and bemused young father, that he would be called Alexander Richard Winterbottom.

Over the following years Alex, as he liked to be called, often contemplated the fact that he was not living up to his mum’s lofty expectations of his illustrious name. Those few friends that he had at his first school, shortened Alex even further to Al, but it was his surname that was to his main cross to bear. He was physically rather puny and the resident school bullies referred to him as Frosty Bum as they nicked his lunch money.

At home it was a different story as Joyce regaled him with the legendary tales of his namesake she had discovered in a book from the library. To be kind to his mum; Alex did his very best to look enthusiastic. Even at an early age, he had a sneaky feeling that he could not compete with the legend of the great man, who conquered half the bleeding world before breakfast over 2000 years previously.

His dad had done a bunk when Alex was three years old and Joyce had lavished all her attention on her beloved Alexander/Burton substitute. Times were hard, but after a while, she met a plumber called Percy Shufflebottom when he came to fix a leaky pipe. After a few months of courtship they had set up home in his semi-detached house; with the now five year old Alex in tow. Percy was a kind and considerate man and had been a good partner to his mum and step-dad to Alex. When Joyce eventually managed to get a divorce from the elusive Ernie, it left the couple free to tie the knot in the local registry office. At the time, Alex was offered the opportunity to change his name from Winterbottom to Shufflebottom. At eleven years old, Alex knew that moving into secondary school with his current surname would be tough enough, so declined the offer.

Five years later and Alex had grown to a decent height but was still on the runty side. However, he had excelled at sports including long-distance running and football. He was not a duffer but preferred the physical activities rather than sitting in a classroom. After consultation with the headmaster and his mum when he was sixteen, it was decided that he would get an apprenticeship with a local garage.

So here he was aged twenty and sitting in his pride and joy, a rebuilt Morris Minor, wondering if he would ever get the grease stains from under his fingernails. The rain was pelting down the windscreen and the inside of the car fogged up. He and his mate Stan had been out to the pub and had fancied some chips and curry sauce on the way home. It would stink up the car but to be fair he was not really bothered. In fact he found he was not particularly bothered about anything these days. He worked hard; lived in a bedsit a few streets from the garage and went round to his mum’s on a Sunday for a good feed. But if he was being honest; essentially he just existed.

He wiped the inside of the windscreen with a cloth and looked over at the chippie to see what was holding Stan up. He couldn’t see clearly because of the pouring rain and the dim street lighting, so he got out of the car, locking the door behind him. He joined the back of the queue which stretched out the door of the cafe and several feet up the pavement. People huddled under their umbrellas and Alex tried to see around them to find out where Stan was in the line. As he did so his eyes were drawn to a large poster in the office window next to him.

It was December of 1982 and Joyce and Percy waited anxiously in their immaculate living room. Only used for special occasions; it was decorated with the Christmas tree that Percy had picked up at the market and streamers stretched across from each corner of the room. Percy clasped one of his wife’s hands as the other fingered her string of pearls around her plump neck.

‘Don’t worry love, he’ll be here soon,’ he soothed his nervous wife. The clock on the mantelpiece chimed and they both looked across at it for the tenth time in the last hour.

Finally, they heard a car draw up outside and voices talking in the street. Joyce heaved herself out of her chair and pushed past Percy to get into the hall… She tentatively released the catch on the lock and opened the door to face the visitor standing there.

She had not seen her son for two years and she looked at him in wonder. He had filled out a great deal since joining the Royal Navy six years before. He looked so impressive in his new Petty Officer uniform with his cap tucked under his arm. She put her hand to her mouth and then launched herself at him sobbing as he put his strong arms around her.

Behind them Percy looked on proudly. Alexander might not be his son by birth but he was bloody proud all the same. They had waited for days to find out if the lad was safe. Like the parents of those on both sides of the short conflict; they had been glued to the news on the television every night. Huddled on the sofa together, they watched anxiously as naval and land battles had been fought so far away in the Falklands. It had been absolutely terrifying when Alex’s ship had been hit several times in an air attack.

They were finally told that the lad had been slightly wounded but would be on his way home on leave in time for Christmas. Tears filled Alex’s eyes, as the two people he loved most in the world, each took a hand and led him into the festively decorated living-room. For a moment or two he stood looking around at the streamers and welcoming banners, overwhelmed by their love and thoughtfulness.

Joyce smoothed her hand over her son’s gold braid on the sleeve of his uniform and looked up at his handsome face.

She laughed delightedly. ‘Well I never love; you look just like Richard Burton….’

17 thoughts on “Smorgasbord Short Stories – What’s in a Name? – Alexander – Defender of Men by Sally Cronin”