The first post today is the Climate Change and recycling regular from Carol Taylor. This week some interesting news from Supermarkets on the plans to tackle single use plastic, a shipping line making efforts to reduce the amount of waste in the ocean and how do you feel about taking your own containers to the store to carry your purchases? Not to forget bees…

The headlines have been dominated by the terrible bush fires in Australia and my heart goes out to those killed, injured and missing those who have lost homes and property, the wildlife and the brave emergency services who in many areas are fighting a losing battle…There has been a little respite in some areas as rain has fallen…There have now been some alarming instances of dust storms…

Australia really is having such a tough time of it…One does wonder what the health implications are going to be as well as environmental concerns.

Time for some good news…

Head over to read more about the various projects we can all get involved in: Carol Taylor Recycling and Climate Change 20th January

Time for a movie review from Beetley Pete, Pete Johnson and if you loved Alien and other films that involve other world creatures then this might be the film for you.. I have seen and can echo Pete’s views on the movie.

I loved the original ‘Alien’ (1979). Then along came ‘Aliens’, seven years later. Still good, more action, but in my opinion it wasn’t as breathtakingly original at the first film. Well it couldn’t be, I know that. We had already seen the ‘monster’.

Then along came ‘Prometheus’, in 2012. This had more story, less terror, and some interesting ideas. The critics panned it, and the fans didn’t much like it either.

But I LOVED it.

When they made a sequel to ‘Prometheus five years later, I was sniffy about it.
I didn’t go to see it, and thought they had started that ‘milking’ all over again.

This week it was on TV, and I thought ‘Why not? It won’t cost me anything’.

Head over and read Pete’s thoughts about the movie and watch the trailer: Beetley Pete – Just Been Watching Alien Covenant 2017

A great place to drop in on a Friday as a guest and a reader is the Q & A with D.G. Kaye and this week her guest was Jane Sturgeon talking about her recently released non-fiction book on self-awareness.

I’m delighted to be featuring here the Lovely Jane Sturgeon and her new book – Writing on Water, today at Q and A with D.G. Kaye. In this nonfiction book, Jane writes about self-awareness, reflection, and getting in tune with our inner selves. Jane is a pure delight to be around. Her goodness and content heart shine through in all her writing. I’m thrilled to have Jane over here today spreading her inspiration. 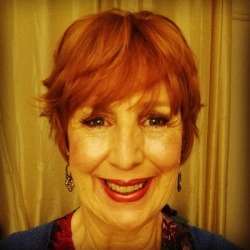 Jane has been a systems analyst, trainer, technical author, painter, psychic medium,
furniture restorer, de-clutterer, therapist and creative. She has lived in Africa and The
States, looked after many farms, loved through two marriages, is Mum to an
extraordinary young woman and loves making things. She lives next to the Mersey
River where it meets the Irish Sea and shares her life with loved ones and an
impressive collection of yarn.

Self-awareness is the first book in her Writing on Water series.

Please head over to enjoy the interview and find out more about Jane’s book: D.G. Kaye Q & A with Jane Sturgeon

Thank you for dropping in today and I hope you will head over and enjoy these posts in full..thanks Sally.