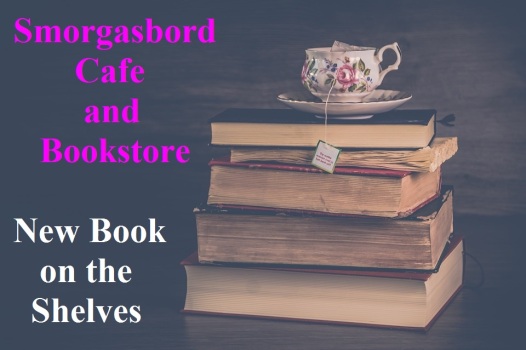 Delighted to welcome a new author to the Cafe and Bookstore, Ann Patras with her memoirs of life in Africa. I am going to feature the first book in the series, Into Africa: With 3 Kids, 13 Crates and a Husband,  to introduce Ann and her story, and there are two follow up books, with the most recent published on January 11th 2020.

When Ann and Ziggy Patras uproot from England in 1980 and head off with their three young children to live and work in deepest Africa, they have no idea what they are letting themselves in for.

While prepared for sunshine and storms 13º south of the equator, the Patras family are ill-equipped for much else.

Interspersed with snippets from Ann’s letters home, this crazy story describes encounters ranging from lizards to lions, servants to shopping shortages, and cockroaches to curfews.

One of the many reviews for the book on Goodreads

I really enjoyed this memoir. I’ve never read any by Ann Patras before,also I usually steer clear of books on Africa. Not my continent of desire.

I was so surprised at just how much I enjoyed Anns move from Burton on Trent in England to Kitwe in Zambia. With her husband,3 children and 13 shipping boxes of house hold stuff. The contents of which,after their long awaited for arrival,made me laugh so much,sorry,but I just would never have thought of transporting 90% of it for a 2 year work placement.

The system the Company her husband worked for implemented for their initial stay,then the big house,servants, security even. They thought of everything.

The holiday to the big game viewing was very descriptive. I found it very interesting,even though it wouldn’t be for me. So I was pleased to share that.

The day to day life seems hard for an expat,not at all what we are used to in the western world. Queues resulting in comparatively useless items only in the shelves. No washing machine. Flies laying eggs in your washing whilst it dries in the African hot air. The many challenges I’ve not read of before in Sunny Spain and France memoirs.

I shall be reading more of Ann Patras books. I thoroughly enjoyed this one and their determination to make things work in a diverse environment.

Read the recent reviews and buy the book: Amazon UK

The other books in the series

A long time ago Ann Patras was born in Burton Upon Trent, England. Actually that’s a lie. Ann Johnson was born, but she married a weirdo named Ziggy and became Ann Patras in the mid 1970’s. She was quite normal until she married him, or that’s what she’d have you believe. At one point she actually went to live in Canada to get away from him but he dragged her back by the hair (well, maybe a slight exaggeration) to England to marry her. Then, after the rather rapid arrival of three kids he hauled her off, kicking and screaming, to Africa! Well that’s a lie too really, as she was quite keen to take on that adventure.

Apart from strange sounding men and three wild children she also loves dogs and horses. (Absolutely nothing should be read into the fact that all of the dogs have been named with an alcoholic theme). She wears garish-coloured nail polish, sings along to loud music when she’s driving and likes to live in sunny places which might account for why, what started out as a two-year contract in Zambia, resulted in her living in Africa for 31 years.

The onset of those 31 years came with some surprises. She didn’t know anything about the place they were moving to (1980 was light years before the internet), if she had known she might not have agreed to go. Within days of arrival in Zambia she was horrified to find they didn’t have English-type pubs, toilet rolls were an endangered species, ants were the size of small cats and there was a fly whose larvae ate you from the inside out if you didn’t iron all your laundry. Yes, even socks!

Because of all these oddities, as well as various strange, scary and hilarious things which happened to the family, she wrote scores of letters home to relatives and friends who all thought it was so crazy she must be making it up.

Maintaining the sunshine theme she now lives in Spain, with the same weird-sounding husband and writes books about all their crazy experiences.

Thank you for dropping in today and it would be great if you could share Ann’s books. Thanks Sally.

51 thoughts on “Smorgasbord Cafe and Bookstore – New Book on the Shelves – #Memoir- Into Africa: With 3 Kids, 13 Crates and a Husband (Book 1) by Ann Patras”