This is the second post from the 2019 archives of Richard Dee and in this post Richard explores a problem that most authors suffer from along the way.

Communication Breakdown: What can you do when your characters refuse to play? 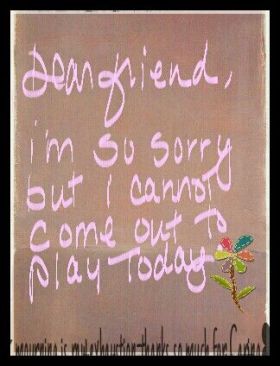 What do I mean by that?

Let me try to explain. I wanted to write a certain story this month. In the end, I found that I couldn’t. Even though I felt motivated and had a starting place, the story just wouldn’t play in my head. You might call it writer’s block; I don’t see it that way. I’m not blocked, I can still write, just not the story that I want to. My head is filled with other stories, ideas for blog posts and content for my website and social media feeds. The cast of my chosen project are doing something else; in effect, they’re ignoring me. It’s impossible for me to write what I can’t see.

I need to tell you a bit more about my writing method.

This is where it all gets a bit problematical. I’ve often found that when I tell non-writing people how I get the ideas for my novels; in effect, how I work, very often they will smile at me nervously and gaze around for an exit, or for someone they know to ‘rescue’ them from the mad writer. I suppose it’s possible that they think I’m being less than honest for some reason or amusing myself at their expense. Perhaps they consider my obvious affliction might be catching.

I don’t know how they think that I’m supposed to get my inspiration, but I do know that my method is not seen as strange among other writers. Basically, I see the story in my head, it plays out like a film. It used to happen only when I was asleep, and unlike other dreams, was easy to remember when I awoke. The act of writing it down encouraged more to appear and soon, I was seeing the story when I was awake.

The characters basically get on with their lives, have adventures, whatever. I just watch and write it all down. The great thing about this is that it requires little input from me, there’s no need to exert myself in weeks of plotting. All that’s required is the ability to type. I just sit at my computer and watch the action, recording it as it unfolds. If it’s all going a bit fast for my fingers, I can slow it down; don’t ask me how, I just “think” it. I can also rewind and repeat, to make sure that I get everything important. Sometimes, quite spontaneously, I will be shown a scene again, from a different angle, to emphasise the point.

What I can’t do, is get any clue about where the story will go. I never know what will happen next. Whether this is a deliberate thing (I’ll come to another possible reason later) or just the way my imagination works, who knows? It means that I never have any advance information about the ending, who will end up as the hero (or villain) or even who will still be standing when I type The End. Or when the end will happen.

It means that when you read one of my books, you will find out everything at exactly the same time that I did.

I have to admit that sounds weird, it felt weird when it started happening to me. Which might go some way towards explaining the reaction of my non-writing questioner.

I digress, the side effect of this is that sometimes, when I try to write to a deadline, the story isn’t there. As I said in the title, they aren’t coming put to play.

Which is what I mean when I say that my cast of characters have decided to go somewhere else and have nothing to do with me. 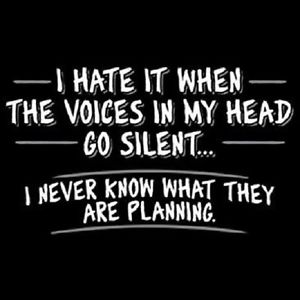 Like in real life, people drift in and out of your space, some you see regularly, some every now and again, some go missing for a while and then turn up. That’s how it is in my head. Fortunately (or not), I don’t just have one set of friends living in my head. I’m usually seeing several stories at once (like watching several regular programmes on T.V.), so if one set have gone missing, there’s another to tell me what they’ve been up to instead. Occasionally, two or more may fight for my attention, wanting to be the first to update me with the latest events in their lives. 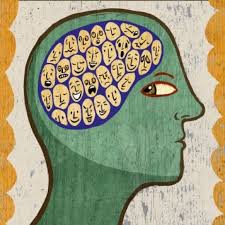 As you can probably tell, it can get pretty messy in my head, it plays havoc with trying to write what people are expecting you to produce. They are expecting a sequel, or prequel or whatever you told them you would write. What they get may be something completely different. It all depends on who’s about and what they want to tell me.

All this begs the question, where does it come from?

If it’s being downloaded (for want of a better phrase), who is hosting the content; why send it to me?

Where do the characters go when they’re not bothering me?

The most radical possibility, and one that frightens me, is that it’s all real. It’s not a story, it’s reality, everything I see is actually happening in real time as I see it, in some sort of alternative universe that I can tap into.

Because I keep up with developments in science and technology, I know about the latest scientific theories; the ones that deal with parallel universes and multiple timelines, how everything is connected and how all possible outcomes might well exist in their own reality. That suggests that I might be onto something. All writers might have the gift of being able to see other dimensions.

Does it make us gifted, or will people just think that we’re crazy?

I got a bit side-tracked there, the whole point of this was to tell you that I tried to complete a writing challenge this month, my cast had other ideas.

Instead, I wrote something completely different.

But that’s another story.

A small selection of  books by Richard Dee 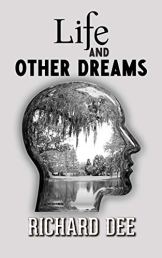 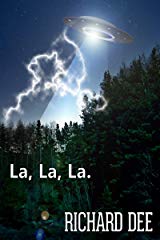 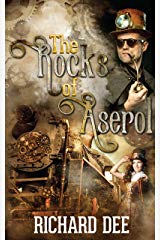 One of the recent reviews for Andorra and Her Sister

Andorra Pett – space station café owner, scooper pilot and sometimes super sleuth – returns for another adventure. Andorra finds herself on Earth to sort out her ex, Trevor’s affairs following his grisly murder at the hands of a mobster on Mars.

Intending this to only be a brief stay to finalise affairs before returning to the space station orbiting Saturn and the comfort of partner Derek. Unfortunately, as ever, trouble manages to find her in the form of her estranged sister Tia. When she is arrested for smuggling through importers and money laundering she calls the only person she can for help – younger sister Andorra.

Suspecting from the start that something is amiss, not least Tia lacking the sense to pull off such a crime, Andorra cannot help but be drawn in to solve the mystery and see that justice is served. Smugglers, corrupt police and a chance run in with Clive – an old face from her first ever mystery – make for high jinks aplenty. He is found running what he claims to be an official Oort Cloud Café tribute bar complete with sleazy Andorra lookalike waitresses and slanderous tales of fictitious romances assuming Andorra will never hear of it way back in space.

Once again Richard Dee has delivered a wonderfully funny murder mystery with a cast of characters new and old to entertain readers. The mystery becomes farcical as it twists and turns to a conclusion. Andorra sees herself in her share of trouble and tight spots all in the pursuit of clearing Tia’s name. This third instalment of the Andorra Pett series is a wonderful addition and only makes me long for book four in 2020 that much more.

It is good to know that I am not the only crazy one around here…thanks Richard for that reassurance.

I write all my stories in my head too and then sit down and let them out on to the page and then sort out the finer points later. How about you?

Thanks for dropping by and your feedback is always welcome… Sally.

28 thoughts on “Smorgasbord Posts from Your Archives 2020 – Communication Breakdown: What can you do when your characters refuse to play? by Richard Dee”