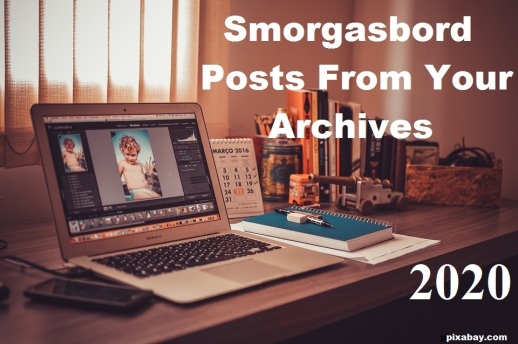 This is the first post from Denis Young – Haiku Hound and he shares images and Haiku from a climate change protest Melbourne. 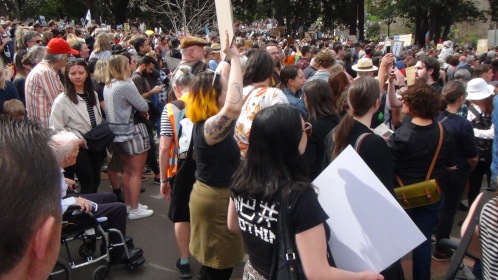 September 20th was one of the most significant days of this century and perhaps of all times.

This was the day when young people across the world responded to Greta Thunberg’s call to turn out and let world leaders attending the UN Climate Action Summit in New York to start acting, (fast) as time has almost run out to keep carbon emissions at a safe level. Here in Australia hundreds of thousands heeded Greta’s call. Jill and I attended the response in Melbourne along with over 150,000 others. Our conservative government is ignoring the science and reality, making a lot of noise about acting, however emissions in Australia have kept rising and we are exporting huge quantities of coal to Asia to be burnt. Our Prime Minister was in New York but did not attend the summit, he was not allowed to speak because of his government’s poor record. Instead he met with President Trump, attended a gala function with lots of right wing political and business people and also opened a factory with Trump.

The mood has strengthened for Climate Change Action in Australia since September 20 and will continue to strengthen despite our government. They will grow increasingly irrelevant and could not possibly win the next election. I have included a short video I took on the 20th to share the mood. Vimeo – Climate Change

Haiku has been a growing interest to me since I first visited Japan in 1990. Often Haiku comes into my imagination when I experience something, see a picture or remember a moment from my past. In this blog I am sharing some of my Haiku linked to an image with a short story about the place, event, experience, or character. This combination of art and poetry is known as Haiga, many of the old Japanese poets including Basho practised Haiga

For instance this picture of Kara at the sweet age of about 14 weeks would most likely conjure up images of sweetness and cuteness.

My haiku linked to the image creates a haiga

don’t be fooled by looks

There is much more than cuteness, Kara was a horror, she was full on action, mischief and demanding attention every waking moment of her early childhood. So my haiku links to the image and asks the reader/viewer to look closely at the subject. The eyes should give her away, she is looking for the next bit of action.

Connect to Denis via his blog: Haiku Hound

My thanks to Denis for sharing his poetry and images with us and more to follow next week. As always your feedback is very welcome..thanks Sally.