Over the last couple of weeks I have read a number of health articles that you might be interested in. The first is a study on why are bat viruses so deadly?

Coronavirus outbreak raises question: Why are bat viruses so deadly?

It’s no coincidence that some of the worst viral disease outbreaks in recent years — SARS, MERS, Ebola, Marburg and likely the newly arrived 2019-nCoV virus — originated in bats.

A new University of California, Berkeley, study finds that bats’ fierce immune response to viruses could drive viruses to replicate faster, so that when they jump to mammals with average immune systems, such as humans, the viruses wreak deadly havoc.

Some bats — including those known to be the original source of human infections — have been shown to host immune systems that are perpetually primed to mount defenses against viruses. Viral infection in these bats leads to a swift response that walls the virus out of cells. While this may protect the bats from getting infected with high viral loads, it encourages these viruses to reproduce more quickly within a host before a defense can be mounted.

This makes bats a unique reservoir of rapidly reproducing and highly transmissible viruses. While the bats can tolerate viruses like these, when these bat viruses then move into animals that lack a fast-response immune system, the viruses quickly overwhelm their new hosts, leading to high fatality rates.

Read the rest of the article in Science Daily: Viruses in Bats

Scans involving magnets can now monitor breast cancer tumours in real time and reveal which parts of them are growing fastest.

The imaging technique, which has been used in humans for the first time, involves making one of the body’s own chemicals magnetic and scanning it with an MRI machine.

The magnetic field comes from a chemical which tumour cells naturally use up, so the rate at which it disappears shows how active a cancer is.

This can help doctors to work out the type of cancer someone has and how it’s acting at a certain point in time. 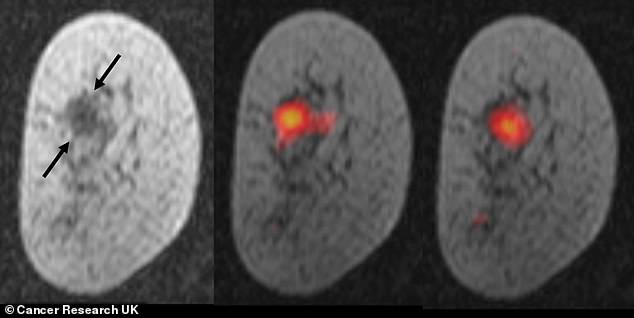 Read the rest of this article by Sam Blanchard Senior Health Reporter For Mailonline : Daily Mail

And the last article which I think is very important is the possible long term impact on the body of following the Keto diet for more than a brief period. Whilst the study was conducted on mice, I have seen the side effects of longer term adherence to the very low carbohydrate and high fat diet on both clients and personally.

I adopted the diet for research purposes for six weeks and had to stop and reintroduce more carbohydrates in the form of wholegrains as I had begun to experience heart palpitations and stopped losing weight. As soon as I began eating moderate amounts of wholegrains, these symptoms stopped.

A ketogenic diet — which provides 99% of calories from fat and only 1% from carbohydrates — produces health benefits in the short term, but negative effects after about a week, Yale researchers found in a study of mice.

The results offer early indications that the keto diet could, over limited time periods, improve human health by lowering diabetes risk and inflammation. They also represent an important first step toward possible clinical trials in humans.

The keto diet has become increasingly popular as celebrities, including Gwyneth Paltrow, Lebron James, and Kim Kardashian, have touted it as a weight-loss regimen.

In the Yale study, published in the Jan. 20 issue of Nature Metabolism, researchers found that the positive and negative effects of the diet both relate to immune cells called gamma delta T-cells, tissue-protective cells that lower diabetes risk and inflammation.

A keto diet tricks the body into burning fat, said lead author Vishwa Deep Dixit of the Yale School of Medicine. When the body’s glucose level is reduced due to the diet’s low carbohydrate content, the body acts as if it is in a starvation state — although it is not — and begins burning fats instead of carbohydrates. This process in turn yields chemicals called ketone bodies as an alternative source of fuel. When the body burns ketone bodies, tissue-protective gamma delta T-cells expand throughout the body.

This reduces diabetes risk and inflammation, and improves the body’s metabolism, said Dixit, the Waldemar Von Zedtwitz Professor of Comparative Medicine and of Immunobiology. After a week on the keto diet, he said, mice show a reduction in blood sugar levels and inflammation.

But when the body is in this “starving-not-starving” mode, fat storage is also happening simultaneously with fat breakdown, the researchers found. When mice continue to eat the high-fat, low-carb diet beyond one week, Dixit said, they consume more fat than they can burn, and develop diabetes and obesity.

Head over to read the rest of the article: Science Daily

I hope you have found this interesting and will head over to read the articles in full.. thanks Sally.