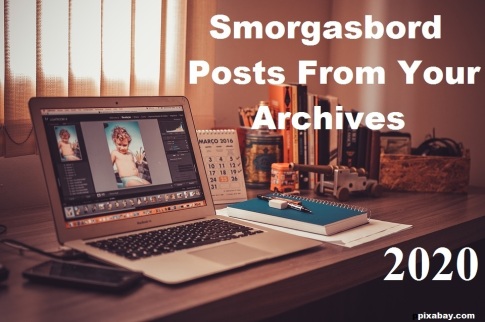 This is the first post by author Judy Penz Sheluk  and explores that moment when you find a 1 star review that knocks your belief in yourself, despite having many other reviews indicating that the majority of readers have enjoyed that same book so much, they have given you 4 and 5 stars.

Let me preface this by saying that as an author, ALL reviews are appreciated (and read)—even the much-dreaded 1-star review—because it means A) someone has read my book and B) taken the time to post a review on Amazon, Goodreads, B&N or Kobo. That doesn’t mean that 1-star reviews don’t sting. They do. It’s akin to telling someone their child is too ugly to appear in public. It might even be like saying they shouldn’t have had a child. In short, it’s harsh.

I still remember my first 1-star review as if it were yesterday. I’d been riding a wave of 5-star reviews (and Amazon Top 10 placement) for Skeletons in the Attic, book 1 in my Marketville Mystery series. And then one day, I popped onto Goodreads and there it was: “I guess I get to be the party-pooper here but I have to honestly say that this book just didn’t cut it in any way for me and I’m having a hard time trying to understand all the high ratings while believing, at the same time, these people read the same book I did.”

I went sobbing to my fellow Sisters in Crime, expecting sympathetic reassurances. Instead I got High-Fives. Apparently, you aren’t considered “legit” if all your reviews are 5-star. In fact, the odd 1-star review is actually a good thing because the “sweet spot overall rating” is apparently 3.8 to 4.3. Armed with that knowledge, I started checking the reviews for books I loved, many international bestsellers. Sure enough, every one of them had 1-star reviews. Okay then, I was in good company, especially since Skeletons in the Attic had an average of 4.25.

Fast forward to last week. I was checking my Amazon Author stats (a lovely time waster if Facebook isn’t enough to do it for me) and popped over to see if there were any new reviews. There were two posted on the same day for The Hanged Man’s Noose, book 1 in my Marketville Mystery series.

The first warmed my heart, with 4 stars and a lengthy review that started like this: “The Hanged Man’s Noose is the author’s debut book in A Glass Dolphin Mystery series. This is a classical cozy, in that it takes place in a colorful small town, and has lots compelling characters and no gore to gum it up.” The next one wasn’t quite as heartwarming. In fact, since the book was first published in July 2015, this was my first 1-star review, and the reader didn’t pull any punches: “A waste of time, frankly. The book was complicated by too many characters with too much background information to keep straight in such a short book. It could be charming, and I adore Canada, but it’s too boring.”

I can console myself with the fact that my overall rating for The Hanged Man’s Noose is 4.3, which, I’ll remind you, is the “sweet spot.” But too boring? That. Really. Hurt. Thankfully, most other readers don’t agree

PPS: Reviews really do matter. Love it, hate it, or anything in between, authors appreciate your reviews. After all, we’re writing for you.

Have you had any 1* reviews that hit you for six!  Share your thoughts with us… and here is Skeletons in the Attic with one of its recent reviews…with a definite 5*

About Skeletons in the Attic – A Marketville Mystery

Calamity (Callie) Barnstable isn’t surprised to learn she’s the sole beneficiary of her late father’s estate, though she is shocked to discover she has inherited a house in the town of Marketville—a house she didn’t know he had. However, there are conditions attached to Callie’s inheritance: she must move to Marketville, live in the house, and solve her mother’s murder.

Callie’s not keen on dredging up a thirty-year-old mystery, but if she doesn’t do it, there’s a scheming psychic named Misty Rivers who hopes to expose the Barnstable family secrets herself. Determined to thwart Misty and fulfill her father’s wishes, Callie accepts the challenge. But is she ready to face the skeletons hidden in the attic?

A recent review for Skeletons in the Attic

Skeletons in the Attic is the first in Judy Penz Sheluk’s Marketville Mystery series. We meet our protagonist Callie Barnstable at her attorney’s office ready to read her recently deceased father’s will. She was reared by her father as an only child. Her mother had disappeared years earlier when Callie was only six. Much to her surprise, Callie learns that her father has left her a home in the small city of Marketville north of Toronto, a home that she knew nothing about. And, to add to this sudden mystery, she finds that she is required to live in the house for a minimum of one year. Her father made clear that he wants Callie to find out who murdered her mother during her time in the house. Callie complies, moves to Marketville, and immediately finds herself acting as an amateur sleuth trying to make sense of circles within circles of family and neighbor relationships.

This cozy mystery has specific strengths. First are the characters, many of whom are compelling personalities on the verge on being quite eccentric. Among them are a couple of tarot card readers, a very well-informed gossipy neighbor, a woman with man troubles, and a handsome contractor next door named Royce whom Callie hires to work on her fixer-upper, newly-inherited home. Sheluk has a gift for presenting characters that at times seem as allies to Callie, and at other times, potential threats. That keeps us guessing and adds an element of danger to the mystery. Along the way, Callie finds a series of clues in the form of physical objects that appear to be giving her messages: tarot cards, hidden jewelry (hidden but not too well-hidden), and a skeleton in her attic. Another strength is the setting. This is a part of the world I have never visited. My adventures in Canada have all been in the west. I consider setting to be an important part of any good story. Sheluk doesn’t fail in placing this story in environmental context.

This is a quite an enjoyable read for mystery lovers although the final pages left me with questions. We find that the mystery of her mother’s disappearance is linked to some rather implausible behavior on the part of a few family members. Or maybe not. Human beings behave implausibly all the time, especially when it comes to familial interpersonal interactions. Rather disconcerting, though, was Callie’s rather subdued, even flat, reaction to the revelations in the final pages. She appears to lack curiosity or any emotional reaction which seemed somewhat at odds with how she had reacted repeatedly to other unfolding events earlier in the story. I would like to have known more about she viewed the revelations and about she intends to go forward in the future. Recommended.

Read the reviews and buy all the books: Amazon US

An Amazon International Bestselling Author, Judy Penz Sheluk’s debut mystery novel, The Hanged Man’s Noose, the first in the Glass Dolphin Mystery series, was published in July 2015. The sequel, A Hole In One, is scheduled for Spring 2018.

Skeletons in the Attic, Judy’s second novel, and the first in her Marketville Mystery series, was first published in August 2016 and re-released in December 2017. Past & Present, the sequel, is scheduled for early 2019.

In her less mysterious pursuits, Judy works as a freelance writer and editor; her articles have appeared regularly in dozens of U.S. and Canadian consumer and trade publications.

She lives in Alliston, Ontario, with her husband, Mike, and their golden retriever, Gibbs.

My thanks to Judy for sharing her moment of self-doubt (brief thankfully) and as always your feedback is most welcome.. thanks Sally.

19 thoughts on “Smorgasbord Posts from Your Archives 2020 – One Writer’s Journey: 1-Star Reviews by Judy Penz Sheluk”