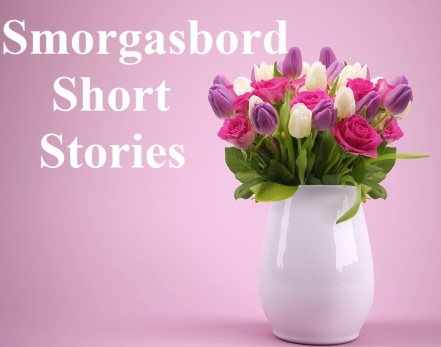 Vanessa – In a Dilemma

Vanessa cradled the cooling mug of tea between her hands and debated getting up and putting the central heating on early. It was just after six o’clock, and having had a sleepless night, she was feeling colder than this spring morning warranted.

She was waiting for the national bulletin to finish and the local report to come on. The images from the top news story last night were still playing in her mind; as they had done as she tried to fall asleep in the early hours. She usually lay awake waiting for her son Jack to get home, but even when she heard him open the front door and creep up the stairs, she had failed to find comfort in his safe return.

The local news report began and she turned up the volume on the remote just a fraction, as she didn’t want to wake Jack yet. The announcer repeated the basic facts about the assault and murder of a fifteen year old girl; now named as Tracy Martin two nights ago. A photograph of a young beautiful girl with long blonde hair, smiling happily into the camera, flashed up on screen.

They also replayed the CCTV footage from last night of the victim in the company of a group of young people, walking through the precinct two hours before her body had been found.

This was followed by additional footage they had just received; captured an hour afterwards, showing Tracy walking arm in arm with a young male. The couple had disappeared into an alley behind a restaurant. The camera had picked up the man leaving twenty minutes later but no sign of his companion. It was impossible to see his features as his grey hoodie was pulled up over his head, but as the cameras tracked his progress along the main street, it was clear that he had a slight limp as he favoured his left leg.

As a mother she could only imagine how this young girl’s devastated parents must be feeling this morning. Since Jack’s father died ten years ago she had felt the weight of being a single parent, and the responsibility of being both mother and father. He was an only child, and she had tried to make sure that he was not spoilt, and that he understood the value of the important things in life, such as hard work, kindness and responsibility.

She felt she had done a pretty good job, and the thought of losing him was unthinkable. She played back in her mind the events of the last year, and how she had felt Jack pulling away from her. At first she had accepted that it was normal for a young man to want to distance himself from his mum, and make a life for himself with friends. But now, as she contemplated the devastating loss that this young girl’s family were facing, she knew that she had to take action.

As the report finished, with a request from the police for any witnesses to come forward with information to a dedicated incident telephone number, Vanessa put down her now cold tea, heading into the hall and up the stairs.

She pushed open the door as quietly as possible to her son’s bedroom. She could hear his steady breathing as she crossed over to stand by his bedside. At nearly twenty he still retained his boyish face, and with his blonde hair across his forehead and long eyelashes, he looked young and vulnerable. The sweet natured boy she loved so much. She sat on the chair against the wall and watched her son as he slept; seemingly oblivious to the world and its potential evil.

How many nights had the parents of Tracy Martin sat and watched their daughter sleep in an attempt to keep her safe from that same evil? She wiped the tears from her cheeks as she imagined their sorrow and anger at what had happened to their child.

Slowly she stood and crossed to the laundry basket filled to the brim with her son’s washing. She picked up his discarded sweatshirt thrown casually on the top of the other clothes and held it close to her chest inhaling his familiar scent. She replaced it on top of the basket and carried it carefully through the door; pulling it closed behind her. Satisfied that she had not woken her son, Vanessa headed downstairs, placing the washing in the hall next to Jack’s sneakers, which he had kicked off before creeping upstairs.

It was now nearly seven, and it would not be long before the houses in the street would be filled with light, as families prepared breakfast before heading out to school and to jobs. She went into the kitchen and pulled the door shut behind her; reaching for her mobile phone on the counter. She dialled the number that she had written down an hour ago, and waited for an answer at the other end.

She clung to the phone desperately and tried to find the courage that she knew she would need for the outcome of this conversation. She had been gifted this night with her son, and that was something that Tracy’s parents had not been given.

She relived the moment when she had recognised her son in the grainy video they had broadcast last night, as he had walked at the edge of the group in the precinct. She had intended to ask him about it when he woke up this morning, and to break the news to him that one of his young friends was dead.

But that was before she saw the second video of Tracy and her companion this morning, entering the alley, and then the footage of the man leaving alone and limping along the street. A limp caused by a broken leg from falling out of a tree seven years ago. An indistinct figure of a man that only a mother would recognise.

In the dark Jack had clearly not realised that his grey hoodie had several strands of long blonde hair attached to it when he threw it in the laundry basket that night, nor that his sneakers by the front door, had what looked like drops of blood across the laces.

With tears rolling down her cheeks, she realised that a man was talking to her at the other end of the line.

‘Hello, is anyone there?’

‘Yes, I have some information about the attack on Tracy Martin two nights ago.’

19 thoughts on “Smorgasbord Short Stories – What’s in a Name? – Vanessa – In a Dilemma by Sally Cronin”