Another one of my favourite musicals, Dirty Dancing and a song that has touched the hearts of millions.

I’ve Had The Time of My Life was composed by Franke Previte, John DeNicola and Donald Markowitz in 1987. It was recorded by Bill Medley and Jennifer Warnes and used as the theme song for Dirty Dancing. The song won a number of awards including Oscar for best original song, Golden Glove and Grammy. 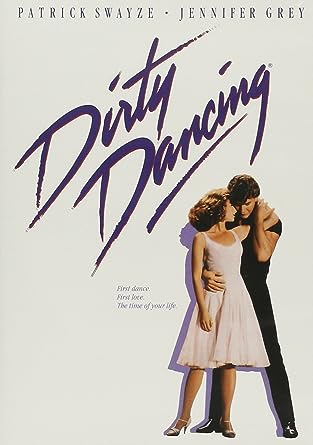 In 1963, Frances “Baby” Houseman, a sweet daddy’s girl, goes with her family to a resort in upstate New York’s Catskill Mountains. Baby has grown up in privileged surroundings and all expect her to go on to college, join the Peace Corps and save the world before marrying a doctor, just like her father. Unexpectedly, Baby becomes infatuated with the camp’s dance instructor, Johnny Castle, a man whose background is vastly different from her own. Baby lies to her father to get money to pay for an illegal abortion for Johnny’s dance partner. She then fills in as Johnny’s dance partner and it is as he is teaching her the dance routine that they fall in love. It all comes apart when Johnny’s friend falls seriously ill after her abortion and Baby gets her father, who saves the girl’s life. He then learns what Baby has been up to, who with and worse, that he funded the illegal abortion. He bans his daughter from any further association with “those people”. In the first deliberately willful … Written by Amanda W, amended by Linda C. IMDB

Buy the movie: Amazon US – And: Amazon UK

I hope you have enjoyed this week’s movie magic… and as always your feedback is most welcome.. thanks Sally.