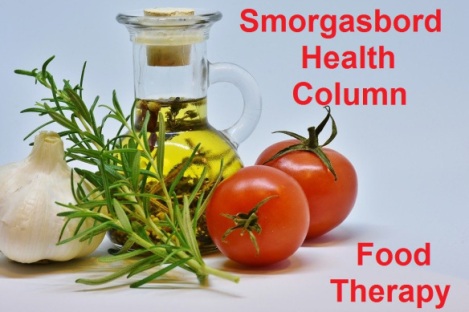 Food therapy is a broad term for the benefits to the body of a healthy, varied and nutritional diet of fresh foods.

Most of us walk through the fresh produce departments of our supermarkets without really paying much attention to the individual fruits and vegetables. This is a great pity because the vast majority of these foods have been cultivated for thousands of years, not only for their nutritional value but also for their medicinal properties. If you eat a healthy diet you are effectively practicing preventative medicine. A robust immune system, not only attacks external opportunistic pathogens, but also works to prevent rogue cells in the body from developing into serious disease.

NOTE – If you are on any prescribed medication do not take yourself off it without consultation with your doctor. If you follow a healthy eating programme and lose weight and are exercising you may not need the same dose and with your doctor’s agreement you may be able to reduce or come off the medication all together.

All true teas – not herbal tisanes or infusions are made from the Camellia Sinensis. These plants grow in warm climates with the very best teas coming from the highest altitudes – at that level the plant leaves are slower to mature and this means that they have a much richer flavour. Although the plants all come from the same strain – Camellia Sinensis – different growing conditions such as altitude, climate and soil will affect the flavour of the tea.

It is when the processing takes place that the difference appears between black and green teas. There is in fact another tea in the middle of these two, which is a greenish brown colour and is called oolong tea. 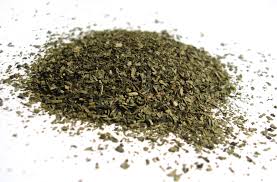 Green tea is the least processed of the three and therefore retains nearly all its nutritional content. One particular antioxidant which is called a Catechin (epigallocatechin-3-gallate EGCG for short) is believed to be responsible for the health benefits linked to the tea at this stage. Green tea is derived after the tea leaves have been gently steamed until they are soft, but have not fermented or changed colour. They are then rolled – spread out and fired which is either dried with hot air or fried in a wok until they are crisp. When you add boiling water to the leaves you get a pale yellowy green colour liquid.

Black tea on the other hand is first spread out on racks and withered with hot air – this removes about a third of their moisture and makes them soft. Then they are rolled which breaks the cell walls and releases juices. They are then laid out again in a high humidity environment to encourage the juice to ferment. The leaves turn a dark copper colour and they are then fired turning the leaves black. This gives your tea its dark brown colour when you add boiling water to it.

Oolong tea is partially fermented which means it comes half way between the green and the black.

What are its main health benefits?

As with any food or supplement it is important not too over emphasis the health properties but in this case there is some compelling evidence to suggest that Green Tea has many benefits that could be effective in many different areas.

I mentioned EGCG, the flavonoid antioxidant, which is left in the green tea, and this is what researchers believe may be the secret to its health benefits. Because green tea is so widely drunk, mainly in Asian countries where dairy products are not used to flavour the tea – most of the early research was carried out in China and Japan. One of the diseases that has been studied is coronary artery disease – there are indications that the antioxidant in green tea inhibits the enzymes that produce free radicals in the lining of the arteries. It has been shown to lower the LDL, smaller particle cholesterol which becomes dangerous when oxidised and improving the ratio to HDL (larger particle and healthy cholesterol).

Drinking green tea may help with stroke prevention because it thins the blood preventing blood clots from forming and travelling around the body. Eating a high trans fat diet can produce compounds in the blood that encourage platelets to clump together forming the clot. Not only that, it seems it may protect the cells in the heart muscle following damage so anyone recovering from a heart attack could find it a good tea to drink.

All of the above is linked to Green Tea’s ability to thin the blood, therefore the flow is unrestricted and people are less likely to suffer from high blood pressure. 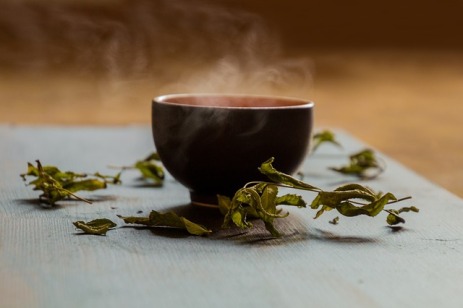 Daily cup of Green Tea could be the answer to allergies by suppressing immune system responses, scientists discover in a study carried out by academics at the Shinshu University in Nagano, Japan

One of the largest areas of research is in Green Tea’s possible protection against cancer.

Obviously this is down to this incredible anti-oxidant EGCG but studies have also shown that apart from triggering cell suicide in cancer cells, apparently it might also inhibit the development of new blood vessels. Cancer like any parasite has an enormous appetite and the only way this can be catered for is for the body to produce new blood vessels in the form of a tumour. By inhibiting this, the green tea is effectively starving the cancer and it therefore dies.

What is even more interesting is that green tea has been shown to inhibit the growth of genetic cancerous cells such as those in breast cancer. Again it is this antioxidant’s way of working that is so effective – it simply damages the rogue cells so much that it triggers a self-destruct mechanism that kills the cancer. The cancers that they have studied include Prostate, Ovarian, Breast and brain tumours in children. Colon, lung cancers have responded well and Green tea has been shown to improve the efficiency of cancer drugs while at the same time lessening their side effects.

Obviously it is very important to note that this is not a recognised medical treatment for cancer and should never be considered as an alternative without consultation with your doctor.

For example: In Japan where there is virtually only green tea consumption, they have a very low incidence of Alzheimer’s, compared to western countries. However, Japanese living in the USA have 2.5 times the incidence of Alzheimer’s of those living in Japan – In Japan people sip green tea all day – not so in the western environment or for 2nd and 3rd generation Japanese living in the USA. This particular health benefit has a knock-on effect on ageing as the cells are protected throughout the body for much longer.

The good news for anyone who is looking to lose weight is that Green tea has a thermogenic or fat burning effect on cells,

If you find it difficult to swap your current cup of breakfast tea with milk, try Green Tea with a slice of lemon, orange or lime. There are flavoured varieties on the market but as always it is better to avoid the over processed and add your own flavourings. It does have a distinctive taste but after a few cups of this nutritious tea you will enjoy adding it to your daily routine.

I have updated the original cook from scratch with Carol Taylor with recipes for wonderful dishes that include Green Tea: Carol Taylor – Cook from Scratch, Green Tea Ice Cream Late and Macarons

I am a qualified nutritional therapist with twenty-two years experience working with clients in Ireland and the UK as well as being a health consultant on radio in Spain. Although I write a lot of fiction, I actually wrote my first two books on health, the first one, Size Matters, a weight loss programme 20 years ago, based on my own weight loss of 154lbs. My first clinic was in Ireland, the Cronin Diet Advisory Centre and my second book, Just Food for Health was written as my client’s workbook. Since then I have written a men’s health manual, and anti-aging programme, articles for magazines and posts here on Smorgasbord.

If you would like to browse my health books and fiction you can find them here: https://smorgasbordinvitation.wordpress.com/my-books-and-reviews-2019-2020/

I hope you have found interesting and please feel free to share.. Sally