My father-in-law, Geoff Cronin was a raconteur with a encyclopedic memory spanning his 93 years. He sadly died in 2017 but not before he had been persuaded to commit these memories of his childhood and young adulthood in Waterford in the 1920s to the 1940s.

The books are now out of print, but I know he would love to know that his stories are still being enjoyed, and so I am repeating the original series of his books that I posted in 2017. I hope those who have already read will enjoy again and that new readers will discover the wonderful colour of life in Ireland nearly 100 years ago. 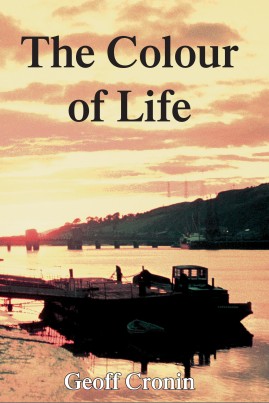 My Grandfather’s Story 1930 by Geoff Cronin 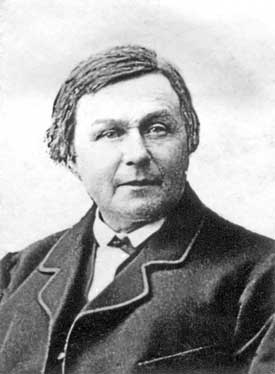 Geoffrey Spencer, my maternal grandfather, born of a farming family in County Waterford about 1830, was not the eldest son of that family, and as such, he could not expect to inherit the family farm, and instead he would be “fortuned off”. He would be given a cash inheritance, the size of it being determined by the amount of money available at the time, and after due consideration was given to the rights of other family members. Since most of a farmer’s cash would be locked up in livestock, land and crops, actual cash would not be plentiful at the best of times. However, family history has it that in or about 1850 Geoffrey Spencer came into Waterford City with £100 in his pocket to seek his fortune in some area other than farming.
When he walked down the quay, and bear in mind that ships of all shapes and sizes would have been tied up three abreast for some miles up river waiting to unload, he came upon a group of merchants having a heated debate about a particular ship which was for auction that day. The point at issue was that the ship, a 200 ton Barquentine, was moored in the river and it was rumoured that her bottom was not sound and she was to be sold “as she stood”, as nobody was prepared to pay the cost of pulling her up on the graving bank to examine the bottom, least of all the owner. This fact served to strengthen the rumour that “she had worm in the bottom”.

In any event, the auctioneer arrived on the scene and set the auction in train, and the young Spencer, knowing nothing whatsoever about ships and sensing the possibility of a bargain, bid £100 for the ship. There was no other bid and she was knocked down to him.
Now there was such interest and controversy about the ship that a group of merchants offered to have her pulled up on the graving bank and examined, and they would share the cost. Geoffrey Spencer offered no objection to this, as it was very much in his interest to know if he had a sound ship, and she was duly hauled up. After minute examination by the port surveyor, she was pronounced sound. The gamble had paid off! 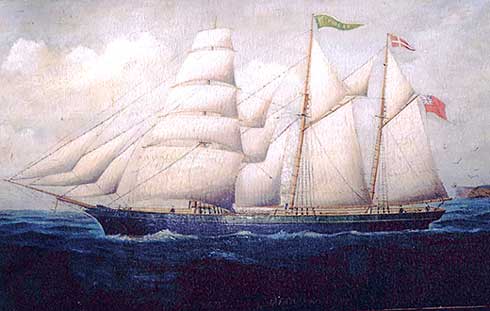 A Barquentine has three or more masts with square sails only on the foremast. The “Madcap” is shown above.

One man who had shown a keen interest in the proceedings was a Mr. Nelson, a local bank manager, who congratulated my Grandfather on his purchase, and told him the ship was worth at least £400, and that he could use her as collateral to finance a voyage cross-channel. I must assume that he gave my Grandfather advice on how best to make use of the ship, because he subsequently engaged a Captain Cummins as skipper, a crew was hired and she sailed off to Wales with the young Spencer on board to bring back a cargo of coal. The cargo he sold piecemeal on the side of the quay and thus began his career as a coal merchant and ship owner.

In the course of his travels to the Welsh coalfields, my Grandfather learned how the mine operated, and he realized that there were many mines and they all needed two things to function. They needed pit props to support the mineshafts, and also ponies to draw coal from the face to the loading points. These were the early days of mining and the needs were basic. 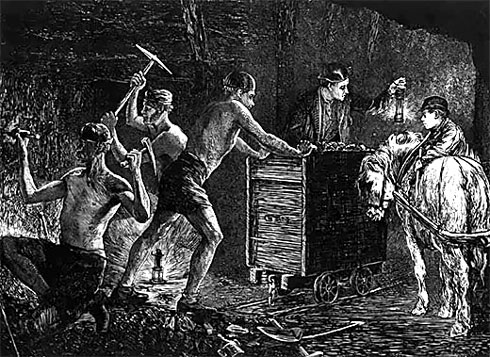 Pit Ponies at work. From “The Penny Magazine”

Armed with this information, he set up a trading arrangement with the Welsh mines, and I only know the name of one of them – it was the Powell Duffryn Coal Company (Originally started by Thomas Powell around 1837). He would bring over a cargo of pit props and ponies, and bring back a cargo of coal.

This worked out very well, as he knew all about horseflesh from the farming, and also there was an abundance of suitable timbers to be had, so he was soon showing handsome profits, there being a strong market for coal at the Waterford end. Over time the balance or trade swung so much in his favour that he was able to acquire shares in several mines, which subsequently would prove to be very valuable indeed.

As the Spencer business grew, he purchased a berth in Waterford Harbour, just above the bridge on the Waterford side of the river. He engaged the services of a Captain Furness to skipper a second ship, called (I believe) The Zada. His first ship was the Madcap, and he had at least four other ships, but I don’t know all their names. They were mainly Barquentine sailing ships of about 200 tons. This was the common size of coasters of the period, and they would have been two or three-masted schooners.

There are paintings of some of his ships in one of Waterford’s Museums – in the Waterford Municipal Art Collection.

Geoffrey Spencer was married twice. His first wife was Johanna Lyons, and his second wife was Minnie O’Keefe from Lisnakill, Co. Waterford. Only two sons from his first marriage survived to adulthood, and they were David and Jim.

David worked in the coal business with his father, and died in his thirties. Jim worked a farm in Kilcohan, which his father had acquired. He later set up a dairy business in Johnstown, Waterford, which was still going in the 1960s, run by his family.

My grandfather was a born entrepreneur. He lived on the corner of John Street and Waterside, and his premises consisted of a large coal yard, big enough to hold two or three cargos of coal, and a pub with living quarters, where he raised two families. His second family by Minnie O’Keefe consisted of Joe, the eldest, Frank and a daughter, Claire, who was my mother.

His second wife died when my mother was three years old, and she recalled, even in her old age, the horror of being lifted up to kiss her dead mother good-bye, as she lay in her coffin.
At age four my mother went into the Ursuline Convent as a boarder, and because her father was “in trade”, the nuns were reluctant to accept her. However, I guess that, because of his considerable wealth at that stage, he probably made them an offer they could not refuse. I believe that the Ursuline nuns, at that time, were recruited from families who held titles and such like. At any rate, they were regarded very much as “top drawer”. My mother was a boarder there until she left school.

To get back to Spencer the entrepreneur, he built a row of houses, including “the dairy” in Johnstown, as an investment. He owned a limekiln, and a large piece of land in Poleberry, which his son David sold (while drunk) to a local builder who shall be nameless.

I should tell you that in those days, owning a limekiln was equivalent to owning a cement factory today. More building was done then using lime mortar than cement, which was still a novelty. Part of the business of a lime-works then was the supply of fresh-water sand, and the source of this was an inexhaustible series of sand banks in the river Suir, about ten miles up-river at Fiddown. “Lighter men”, who owned dumb barges – they had no engines – would pole their way up-river on the flood tide and anchor at the sand bank of their choice.

They lived on the barge, or lighter, as they were sometimes called, and during the hours of daylight, they would single-handedly shovel sand into the hold of the barge until she was full – I think they held up to sixty or seventy tons – which took almost two weeks. They then cast off on full tide, and poled the barge down river in stages whenever the water was slack. When they got to the Scotch Quay, they poled their way up the tributary, through the park, and moored at John’s Bridge on the Waterside, and there they would unload on the quayside, which meant a week or ten days shovelling again. Incidentally there was a limekiln just at this point. The river was, however, navigable for lighters up to where the Spencer limekiln was situated. This was a strategic advantage for that kiln, as limestone – the raw material – as well as fresh-water sand could be delivered onto the actual site of the lime works.

The same river, being tidal, powered a grist mill situated just above John’s Bridge. There was a tunnel running under that mill, which had a sluice gate on it. The gate was open while the tide was coming in, allowing the water to flow through to the Millers Marsh, and thence up the water lane, which went up the back of St. Ursula’s Terrace, and formed the headrace for the mill. The sluice gate was closed at full tide, locking in the full of the headrace, and as the tide receded, the gate was opened and the outflow of water drove the mill wheel, which was undershot.

Geoffrey Spencer lived at the pub/coal-yard until his death in 1917 at the age of 80 years. He went to seven o’clock Mass every day of his life, and never wore an overcoat. When he died, apart from his property, he left £60,000 in cash, his shares in the Welsh mines, a full yard of coal and a concrete barge full of coal on the berth at the quay, and his ships. He was the last man in Waterford to own a fleet of sailing ships. His total estate, with the exception of £1,000 and the family silver left to my mother, was left to his son Joe.

A farm of approx. 100 acres at Ballindud, Co. Waterford, which my grandfather had inherited from his brother-in-law John Lyons, went to the youngest son Frank, and is still in Spencer ownership. The smaller farm at Kilcohan, was assigned to Jim Spencer, the only survivor of the first marriage, and up to recently, was in Spencer ownership, when it was sold for some millions to a supermarket chain.

Here ends my knowledge of Geoffrey Spencer, a man of great business acumen, who made his mark on Waterford of the Ships in no uncertain way. He is buried in Ballygunner Cemetery, and over his grave stands probably the most impressive monument there – a white marble figure of Christ carrying his cross. R.I.P.

Note: Although the article states that the lighters were “oar-propelled”, they were actually “pole-propelled”.

Thank you for visiting today and I hope you have enjoyed this glimpse of Waterford in the late 19th century courtesy of Geoff Cronin. As always your feedback is very welcome. thanks Sally.