Last week I shared some of the experiences we were enjoying as we settled into our new life in Houston including First swims, Alabama-Coushatta Reservation and cranky ice-maker

This week we expand our horizons and head out to explore Texas and the coast, many of our photographs were lost in a house flood in 1995, so I have sourced some from Pixabay when I can..

Thank you for your letters and the post. I am enclosing a cheque to cover the cost of forwarding it, hopefully now that most friends know our address it will only be the occasional bill coming through. It was a nice surprise to find a tax rebate for me and an insurance one for David in the pile which is always welcome.

We had a lovely weekend in Corpus Christi. We left about 9.15 for the five hour drive but we got a little lost and ended up going cross country.. not thankfully all the way to San Francisco! We arrived at our hotel which is the Best Western – Sandy Shores and we had a suite. Crazy price at $43 per night which is half the mid-week business rate.

It was very swish and because David had booked through his travel agent, we were treated to a large basket of fruit from the manager. One thing that was different to UK hotels was the kettle in the room and we were very impressed to be able to make our own tea and coffee. 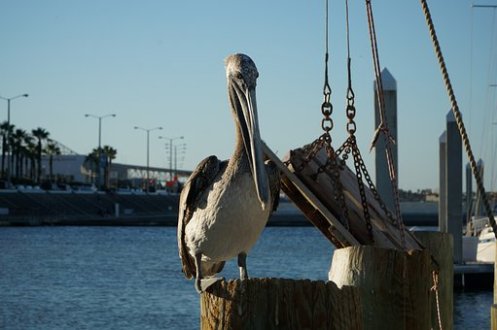 It was quite overcast but after a quick sandwich we went for a walk on the beach which is not so much sand as crushed small shells. It was lovely to take my shoes off and have a paddle. We had a beer in the Calypso lounge overlooking the Gulf and booked a table for dinner. Of course I had to have a margarita with my starter, cannot miss out on my medicinal tequila!

It was a seafood restaurant and we had a lovely meal and a bottle of wine. We got talking to our server (they don’t call them waiters here it seems), his name was Don and was a part-time paramedic going to medical school.

It was quite late by the time we had finished dinner and we ended the evening with a walk at midnight in the moonlight. One thing about tequila is that you don’t necessarily remember you are still wearing your tights when you decide to have a paddle. David was highly amused.

There was a couple making love under a blanket and we didn’t see them until we were virtually on top of them! They were totally unconcerned and gave us a very cheerful ‘have a nice night’…… America, the land of the free…..

Sunday was much brighter and David managed to get a good swim in the sea before we set off back to Houston. Next time we will spend a couple of more days as it is a long drive there and back which eats into the time. It took longer going home as we were diverted by a huge pile-up on the freeway. It looked like at least 20 cars and it was clearly very serious as there was a medical helicopter on the road. Such a sad end to the weekend for several people we fear.

We got back and had a swim and then Monday I relaxed, got some sun and did the laundry… well the mechanical slaves did the laundry and I did a bit of folding.

David might be coming to England next week with some clients to show them the cable production factory, but it will be to Liverpool, and only for a couple of days. He won’t have time to see you but will give you a call.

Next month there is a cable exhibition in San Diego for three days and we shall hire a car and some exploring on the west coast. We are determined to see as much as possible.

It is hard to believe that we have been here for just six weeks as we both feel very at home. We have been made very welcome. My accent has caused some interest when I go shopping, and I often get asked to ‘slow down’ as I talk too fast. I also have not got the hang of all the different names for objects quite right.

I was by the pool the other day doing a crossword and I was using a pencil.. I went into the management office to ask if they had a rubber… I told them that I just wanted for a minute or two and would bring it right back… I could not understand why they burst out laughing until David told me later that I needed to ask for an eraser as ‘a rubber’ means something else entirely…

Anyway an eventful week and will write again soon.. all our love to everyone….X

Thank you very much for dropping in and I hope you continue to enjoy our adventure in Texas and trips we made around America during our time there.

28 thoughts on “Smorgasbord Posts from My Archives – Letters from America 1985-1987 – Adventures in the USA – Corpus Christi, Beach Encounters and English Accent by Sally Cronin”