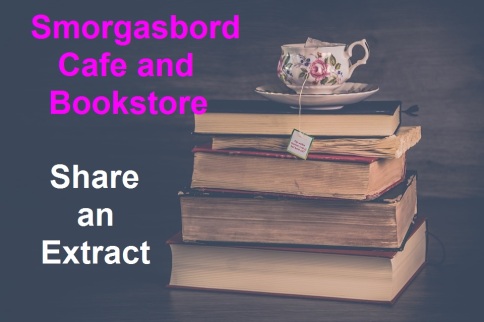 Today’s author is Harmony Kent who is sharing an extract from her novel Romantic Suspense (some adult content)  Backstage. 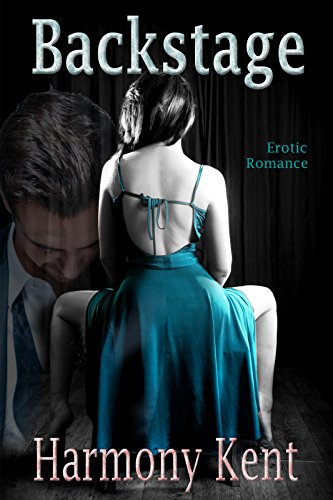 Just when Emma thinks she’s found love. Just when her big chance comes. Just as she finds a little confidence at long last. Right then, it all goes horribly wrong.

John believed he had found ‘the one’. But the demons of his past wouldn’t allow him to break the leash, and when he gets the wrong end of the stick, it just confirms all his old prejudices and hurts.

THEN THERE’S THE BIG MAN WHO CAN MAKE OR BREAK A CAREER, AND THE DEMANDS HE MAKES

Derek Prentis is his name. Coercion is his game. He’s the man with the money. The big man who wants to keep Emma under his control and who will do anything to keep it that way.

THE PERFECT STORM OF ROMANCE, PASSION, AND GREED. AWAY FROM THE LIMELIGHT, IT’S ALL HAPPENING BACKSTAGE. 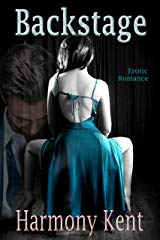 And extract from Backstage

Emma reached the wide glass-fronted doors of the hotel and pushed through at speed, but too late. The car that held John sped away in a cloud of powdered snow and exhaust, spitting out his anger in a visceral way that she couldn’t fail to feel. Distraught and utterly bereft, she sank to her knees in the wet snow and held her hands over her face, barely able to breathe, let alone cry or make a sound.

The hurt and grief made a vacuum that felt as though it must surely kill her. What had just happened? How had it just happened? She sucked in a great heaving breath on a sob. Her chest locked. Prevented her from exhaling. She just knelt there out in the cold, alone, and—quite uselessly—trying to suck in more air. Her head spun, and she fell forward onto all fours.

Firm, warm hands grabbed her shoulders and hauled her back to her knees. Emma’s lungs had turned her into a fish out of water. Then strong arms wrapped her from behind and pulled inward and upward, performing a Heimlich manoeuvre on her. She gasped, and then broke into a coughing spasm. Then she sucked in air greedily, sobbing and gasping alternately.

Those same strong arms pulled her into a comforting embrace and rocked her. Ian’s voice filtered through her panic while he made soothing noises by her ear, telling her over and over again that it would all work out okay. When had he turned into such a liar? How could anything ever be okay again? John had gone.

Then Ian lifted her to her feet. ‘Come on. Let’s get you inside.’

Numb, Emma let him lead her. Instead of turning right toward the lifts, he led them left toward the bar lounge. There, he got her a double whisky. Still standing, she downed it in one. Then she sank onto the nearest chair and shook from head to toe. Ian ordered another two doubles and pulled up a chair next to her. He sat quietly and held her hand, urging her to take another drink. Her throat burned from the first shot, but at least it had thawed that awful ice from around her heart and guts. With a trembling hand, she raised the tumbler and took a sip. Ian watched her, nodded, and then drank from his glass too.

She stared at him. ‘What for? You didn’t do anything.’ Her voice sounded all high and wobbly.

He took her hand. ‘I put you in that position.’

Emma shook her head. Took another swig. ‘All you’ve done since we met is look after me. I did all the cocking up myself.’

He looked grim. ‘The bloody pillock could’ve stuck around to hear you out.’ Emma’s eyes widened.

One of the reviews for Backstage

Mae Clair 5.0 out of 5 stars Fab story with great charactersReviewed in the United States on 9 May 2018

This is a fast-paced read that expertly shows the pitfalls a young actor faces as she tries to make a name for herself in the film industry. Emma is on the cusp of getting her lucky break when backstabbing and a sexual predator stack the cards against her. Matters grow even more complicated when she and her mentor become romantically involved.

Emma is such a well-drawn, believable character, that the reader experiences all of the ups and downs on her road to stardom, right along with her. She’s highly likable, as is her mentor, John, and you can’t help cheering for them from the start. All the earmarks of a good story are here—great characters, an engaging tale, fabulous dialogue, and superb scene setting. I also enjoyed the behind-the-scenes peeks at the acting industry. Harmony Kent clearly knows her stuff as a writer, including how to deliver a satisfying ending. Well done!

A selection of other books by Harmony Kent. 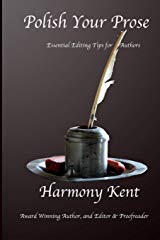 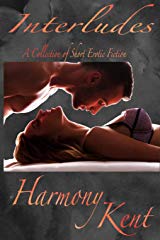 After spending around thirteen years as an ordained Buddhist monk, living in a Zen Buddhist temple, and six years after a life-changing injury following a surgical error, Harmony Kent returned to the world at the tender age of forty.

Now, she is famous for her laughter, and has made quite the name for herself … she’s also, um, a writer … and fairly well known for that too. She’s even won a few awards. Harmony lives in rural Cornwall with her ever-present sense of humour, adorable husband, and quirky neighbours.

Harmony is passionate about supporting her fellow authors.