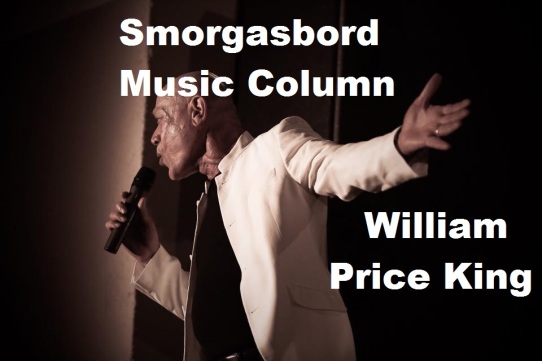 Last week William Price King took us through the hits of the mid- 1970s for ABBA and this week the hits keep rolling in during the 1980s. Keep dancing.

The group’s fourth studio album, Arrival, a number-one bestseller in Europe and Australia, represented a new level of accomplishment in both songwriting and studio work, prompting rave reviews from more rock-oriented UK music weeklies such as “Melody Maker” and “New Musical Express,” and mostly appreciative notices from US critics.

“Dancing Queen” is a Europop song and the lead single from ABBA’s fourth studio album, “Arrival.” It was a worldwide hit, topping the charts in more than a dozen countries including ABBA’s native Sweden (where it spent 14 weeks at the top) and became ABBA’s only number one hit in the U.S. Musically, “Dancing Queen” is a Europop version of American disco music. As disco music dominated the US charts, the group decided to follow the trend, replicating Phil Spector’s “Wall of Sound” arrangements. The song alternates between “languid yet seductive verses” and a “dramatic chorus that ascends to heart-tugging high notes.” Lyrically, the song concerns a visit to the discotheque, but approaches the subject from the joy of dancing itself, thus having a greater emotional content than that of many other disco songs of that period. uploaded by Craig Gagné

“The name of the game” was released in 1977 and was the first single from the group’s fifth studio album, “ABBA: The Album.” It was their most complex composition yet – with Agnetha Fältskog and Anni-Frid Lyngstad sharing the lead vocals. The song also contained influences of the laid-back California sound of the day. It became a UK number one, topping the UK Singles Chart for four weeks in November 1977.

“Take a chance on me” is the second single from their fifth studio album “ABBA: The Album.” The song’s origins sprang from Ulvaeus, whose hobby was running. While running, he would sing a “tck-a-ch”-style rhythm to himself over and over again, which then evolved into “take-a-chance” and the eventual lyrics. “Take a Chance on Me” proved to be one of ABBA’s most successful chart hits, becoming the group’s seventh UK #1 (their third consecutive chart-topper in the country).

“Chiquitita” (a Spanish term of endearment for a woman meaning “little one”) was released in January 1979 as the first single from the group’s “Voulez-Vous” album. Agnetha Fältskog sang the lead vocals. In the UK, “Chiquitita” debuted at #8 in the singles chart, making it the highest place début for any ABBA single release. ABBA recorded “Chiquitita” in Spanish by phonetics and it was one of the featured tracks on the Spanish-language release “Gracias Por La Musica.” uploaded by Craig Gagné

“Gimme! Gimme! Gimme! (A Man After Midnight)” was a very successful song for ABBA. It hit #1 in Belgium, Finland, France, Ireland, and Switzerland, while reaching the Top 3 in Austria, Germany, Great Britain, The Netherlands, and Norway. It also proved to be ABBA’s most successful song in Japan, peaking at #17. The lead vocals are sung by Agnetha Fältskog.