Welcome to the first of the author updates for the week with recent reviews for authors on the shelves.

The first author today is Mark Bierman  with a review for his novel Vanished. 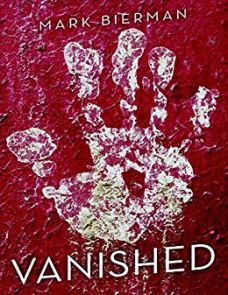 Tragedy . . . heartache . . . how much more can Tyler Montgomery and John Webster take? This missions trip, the “healing” one, has only added fresh layers of pain. Construction of an orphanage in Haiti’s northwest . . . yes. But a doomed rescue operation, human traffickers, human anomalies, extreme personal danger . . . risk of death? They hadn’t signed up for those.

Turning their backs on the crisis, however, is unthinkable, it’s just not who they are.

I thoroughly enjoyed reading “Vanished” by Mark Bierman, a story of love, hope, despair and redemption. Two Americans, John and Tyler come to Haiti to help missionaries hoping that the distraction will help them get on with their lives.; John’s daughter, who was married to Tyler recently died of cancer and both are devastated.

When the seven-year-old daughter of their housekeeper is kidnapped and possibly sold into slavery, the two Americans vow to find her and bring her home. Since human trafficking is a major business in third world countries, few want to get involved in fear of reprisal. Setting out on their own in a foreign land becomes a major undertaking for the two men, who are pulled into the criminal underbelly of that trade market.

The two encounter major roadblocks, twists and turns, and both have to fight for their lives on several occasions. Their quest finally leads them to a mine on the other side of the country, and with help from the inside locate the missing girl.

The author does a great job in his descriptions, especially in showing the squalor in which these children slaves live. There are different subplots in the story which all come together at the end. I do have mixed feelings about the ending and think it could have been shortened. – unless, of course, the author is contemplating a sequel.

Even if this is a work of fiction, I’ve learned more about human trafficking and how widespread it is. I’d recommend “Vanished” to anyone interested in an edge of your seat roller coaster ride. Great job, Mark!

50% of the proceeds from Vanished go to an organization that helps victims of human trafficking. 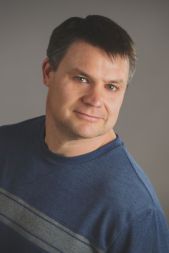 Connect to Mark via his blog: Mark Bierman WordPress

Jemima Trent is desperate to have a designer baby to keep up with her socialite friends, reconnect with her work-obsessed husband, Lucas, and regain some respect from her domineering father.

Something curious is happening and the number of women able to conceive each year is in decline, but no one seems to know why. Dr Cole believes that the answer can be found in a warehouse full of delinquent teenagers, where David Love and his pregnant girlfriend, Tilly, have been hitting the headlines for turning youngsters’ lives around. Dr Cole’s violent and callous employer will stop at nothing to discover the reason behind their success and why girls at the warehouse are able to fall pregnant.

Jemima finally tries to step out of her father’s shadow, but discovers they are more alike than she could ever imagine. David and Tilly vow to keep their secret, but have the lessons of the past been learnt and is the world ready for the truth?

Lies, deceit and betrayal, all in the name of love!

I’m not sure what I was expecting with this first Lizzie Chantree novel, but it wasn’t the interesting twists within this delicious novel.

David is the product of a loveless marriage, and left with his degenerate father, he learns, the hard way, how to get through life.

In adulthood, he’s found a way to channel all the negativity into a project to benefit the community, and turned his bad experiences into something positive.

Finally, life is going great, with his girlfriend Tilly, pregnant, and happy, then things start to go wrong.

Read all the reviews and buy the books: Amazon UK

Connect to Lizzie via her website:Lizzie Chantree

And the final author today is John W. Howell with a recent review for his thriller My GRL the first in the John Cannon Trilogy.

John J. Cannon, a successful San Francisco lawyer, needs some well-deserved time off. He takes a leave of absence from the firm and buys a boat he names My GRL. His short-term plan is to become a charter fishing boat captain. John is unaware his craft has been targeted by a terrorist group to be used to destroy a class of Annapolis Midshipmen on their summer cruise. John’s first inkling of trouble is when he wakes up in the hospital and learns he was unconscious next to the body of the young woman who sold him the boat in the first place. To further complicate the situation, he was lying on the gun that killed her

John now has a more critical plan than charter fishing. He needs to convince law enforcement that he is innocent of the woman’s murder and to figure out why he was in the position of taking the fall.

John’s quest for answers takes him from the small fishing village of Port Aransas to eventually confront those who are holding him prisoner on the cargo ship carrying My GRL in the hold. The answers come fast and not to John’s liking. The chief terrorist has decided to lash John to the wheel of My GRL which is packed with C4 explosives and by remote control steer them to certain death at the Port of New York. The plan is to destroy the Midshipmen and the Intrepid museum. All this to satisfy the terrorists need for revenge on perceived grievances against America and the leader’s hatred for John.

If you like your heroes’ to be regular people and you want your thrillers to be exciting with plenty of twists and turns this is the book for you. It is the first in the John Cannon Trilogy.

The thriller My GRL is well-layered, intelligent, and intense suspense, where the buying of the boat is only the beginning… From there, the thriller races through stunning twists & turns – all the way to its revelation. Emotional and deeply satisfying prose narrated from a first-person (very engaging!); reads like a diary or as you see it from outside, still being inside at the same time. John W. Howell is a masterful storyteller who has perfected the art of suspense in his books. Don’t miss it!

Read the reviews and buy John’s books: Amazon US

and on: Amazon UK 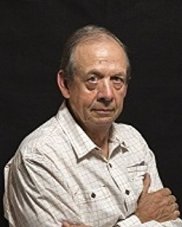 Connect to John via his blog: John W. Howell. com

Thank you for dropping by today and I hope you will be leaving with some books under your arm.. thanks Sally.