This week our intrepid traveller Mary Smith takes on a challenge that even a childhood dream could not prepare her for… another wonderful glimpse of life in Afghanistan in 1989 and I hope you will head over to read the post in full. thanks Sally. 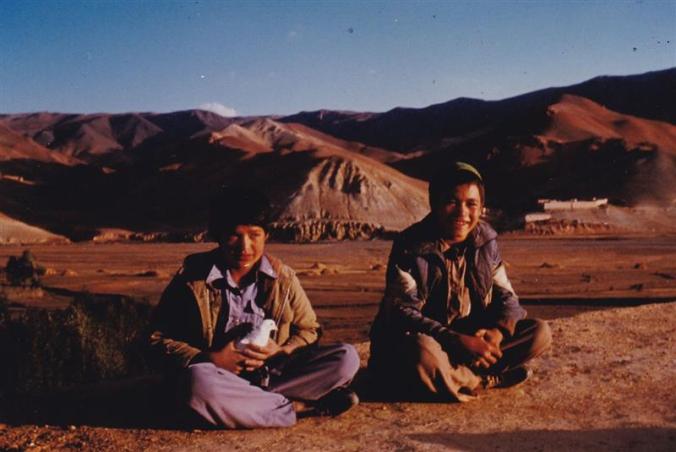 The journey to visit Qurban’s family was rapidly approaching and my chance to fulfil a lifelong ambition to learn to ride a horse. As a child I had wanted more than anything to own a pony, badgering my parents to no avail. The “we can’t afford its” won. I contented myself with devouring every horsy book I could lay my hands on. I succeeded in cadging the occasional ride on a friend’s fat pony and the occasional riding lesson. My passion waned although it never completely left me.

Now, horses suddenly appeared to be very large. Qurban’s horse seemed particularly huge, and every time I passed close to where he was tethered, I had the uneasy suspicion he rolled his eyes at me in a wicked and knowing way.

We set off in the afternoon for the three-hour ride. I was relieved to see my horse was considerably smaller than Qurban’s. Dredging my memory for all the theoretical knowledge about horsemanship stored away since childhood I declined Ibrahim’s offer of help to mount and, one foot in the stirrup I gracefully swung the other leg over the horse. The ‘How to’ books hadn’t said anything on the subject of mounting a horse while wearing Afghan dress and long chaddar. My graceful manoeuvre was marred by the necessity of having to make hasty rearrangements to my clothing to regain my modest appearance.

I took the proffered reins, afraid to grip too tightly in case the horse thought this was a signal to go, but refused the whip which was also offered. I had read my Pullen-Thomson, and knew that the bond, which would surely soon be formed between me and my horse, would be sufficient for me to direct her with the lightest of touches on the reins.

Please head over to enjoy the rest of the post… very entertaining.