Linda’s inspiration comes from her favorite authors and life itself. Her women’s fiction highlights characters that peel away outer layers of life to discover the heart of their dreams with some unexpected twists and turns along the way. Her writing integrates humor found in everyday situations, as well as touching moments, thus creating avenues for readers to connect with her characters.

Linda has an Associates Degree in Interior Design and a Master’s Degree in Reading and Language Arts with undergraduate work in Elementary Education and Fine Arts. She wrote and illustrated a children’s book titled, The Hunter for her Master’s Degree. Linda is a member of RWA, as well as the Greater Detroit and Mid-Michigan Chapters. She is also a member of the Capital City Writers Association in Lansing, Michigan

A recent review for Maggie’s Way

molly doerr 5.0 out of 5 stars Comfort food between the pages.  Reviewed in the United States on April 16, 2020

A wonderful summer or winter read on the couch or in the sun. As a cancer survivor that part rang true and was a nice counterpoint to the relationships growing or resolving with ex husband, child, love interest, mother & boyfriend’s ex wife. Nicely paced with observations to ponder and a budding romance to enjoy. 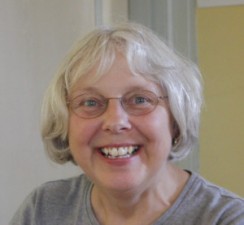 I grew up reading books, and became interested in making stories myself. I worked out scenes and bits of dialogue, and made my friends act out little dramas based on my favourite book at the time – Rudyard Kipling’s Jungle Book.

With that background, it was inevitable I would become a writer. It just took a while. After establishing a career as a librarian – first at the University of Saskatchewan and then at the Greater Victoria Public Library in British Columbia – I had a meaningful encounter with H.P. Lovecraft’s character Herbert West.

Strangely fascinated by HPL’s corpse-reanimating physician and his friend the nameless narrator, I built a set of stories around them. In 2000, I was compelled to write them down. The result was The Friendship of Mortals and three more novels, which constitute the Herbert West Series. Self-publishing became respectable and relatively easy just in time to rescue me from the sad fate of the Unpublished Writer.

Reluctant to abandon the characters I had spent so much time with, I wrote and published several short stories as supplements to the Herbert West Series. In 2018, I published She Who Comes Forth, a novel that may be considered a sequel to the series.

My other interest is gardening a patch of earth on southern Vancouver Island. I post about that at least as often as I do about books and writing — with pictures! To me, writing and gardening are forms of alchemy — a mysterious process of creating excellence from the chaos of the world.

A selection of books by Audrey Driscoll

A recent review for She Who Comes Forth

benjamin l haskett 5.0 out of 5 stars Great characters, great cast, and a great, subtle plot in the background.  Reviewed in the United States on April 24, 2020
She Who Comes Forth was a fantastic read. The story it told was engaging, but even more impressive was its delivery. The book is narrated in first-person by main character France Leighton, a young woman tasked with sorting rocks at an archaeological dig site in Egypt. France is a wonderful storyteller. I felt like she spoke to me directly; like she was recalling her time in Egypt to me from a comfy chair in front of a fireplace. Her tale is frontloaded with natural digressions about family and her apprehension for various tasks that she is ill-suited to carry out. She is honest and personal and warm, unashamed about her fears and self-doubt.

The backdrop here is that in the 1960s, France accepts a gig in Egypt to work at an archaeological dig site. She admits to the reader that she has zero applicable experience, and… it’s revealed early on that the man who hired her may have done so for, well, dubious reasons. (One detail I do not recall is whether she had any experience/education that was even tangentially applicable.)

When she arrives at the dig house and it’s revealed that she doesn’t really belong, the people in charge empathize with the long journey she’s taken from the Providence, Rhode Island, and go out of their way to find a place for her. Sorting rocks is kind of a bummer job, but she makes the best of it with good cheer and an upbeat attitude (mostly). Once she settles into her minor role, she’s asked to play her cello (alongside a violinist and violist) at an investors’ event, and it’s clear even then that the music gig is more about the people in charge finding a suitable place for her than anything else.

(In case you were wondering: yes, it is in fact weird that she packed up and brought her cello to Egypt. But there is a good reason for it!)

The whole book is an exercise in subtlety. I mean, honestly, when you consider that the first third of the book centers around France preparing for a semi-formal event where she’s going to play some Beethoven, it’s remarkable that the author is able to make everything so engaging. Thanks to a colorful cast of characters and France’s narration, the book thrives on these mild story beats.

The ending takes some unexpected but satisfying turns. There are a lot of supernatural elements at play here, also subtle, which seem so out of place (in a good way!) sometimes that they’re genuinely creepy when they occur. I’m sorely tempted to lay out some examples, but I don’t want to spoil anything — read it!

Most books have a slump in the pacing somewhere, and this book is no exception, but the slump here is brief. The majority of the book is so crystal clear about what’s going on that chapters 10 and 11 kinda dragged. They were fuzzy and unclear, like someone recalling an alien abduction while under regressive hypnotherapy. Not bad by any stretch, but I was glad to make it to chapter 12.

I recommend this book to just about anyone. Whether you’re into Egypt, the supernatural, music, the 1960s, or conversations with inanimate objects (*wink*), you’ll have an excellent time. Great characters, great cast, and a great, subtle plot in the background. 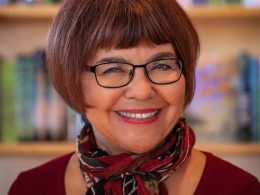 Growing up on a ranch near Medicine Hat, Alberta, Canada, Darlene Foster dreamt of writing, travelling the world, and meeting interesting people. She also believed in making her dreams come true. It’s no surprise she’s now the award-winning author of Amanda Travels, a children’s adventure series featuring a spunky twelve-year-old who loves to travel to unique places. Readers of all ages enjoy following Amanda as she unravels one mystery after another. When not travelling herself, Darlene divides her time between the west coast of Canada and the Costa Blanca, Spain with her husband and entertaining dog, Dot.

A selection of books by Darlene Foster

One of the recent reviews for Amanda in Holland

Amanda in Holland was such a fun read! I’ll admit I was a bit bias in picking this title — my family is Dutch, so the title caught my eye instantly. I learned more about the culture there than I’ve ever learned from my family (sorry, Dad!). But my favorite part is the way Foster seamlessly ties history, culture, and mystery all in one. This book also makes the location its own character, which I love. Overall, the story had a very Nancy Drew feel to it.I didn’t realize that this book is part of a series, but now that I know, I’ll definitely be reading the others in the series.