I am an author who has been blogging for many moons: https://mjmallon.com. My interests include writing, photography, poetry, and alternative therapies. I write Fantasy YA, and middle grade fiction as well as micropoetry – haiku and tanka. I love to read and have written over 100 Book Reviews

My alter ego is MJ – Mary Jane from Spiderman. I love superheros! I was born on the 17th of November in Lion City: Singapore, (a passionate Scorpio, with the Chinese Zodiac sign a lucky rabbit. I grew up in a mountainous court in the Peak District in Hong Kong.

As a teenager I travelled to many far-flung destinations. It’s rumoured that I now live in the Venice of Cambridge, with my six foot hunk of a Rock God husband, and my two enchanted daughters.

When I’m not writing, I eat exotic delicacies while belly dancing, or surf to the far reaches of the moon. To chill out, I practise Tai Chi. If the mood takes me I snorkel with mermaids, or sign up for idyllic holidays with the Chinese Unicorn, whose magnificent voice sings like a thousand wind chimes. 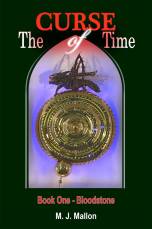 One of the recent reviews for Mr. Sagittarius

May 11, 2020 Miriam Hurdle rated it Five Stars it was amazing

In Mr. Sagittarius, M J Mallon told the story of the twin brothers, Harold, and William, and their sister Annette. The brothers shared the magic of the little creatures and the natural beauty in the botanical garden.

Harold and William loved sitting on a bench under a golden weeping willow tree. After Harold passed away, William sat on the bench grieving for his loss. A dragonfly came to visit him, and he felt as if he had a conversation with the dragonfly. He went back to his flat unhappily toward Annette, his sister who cared for him. Annette confronted him that the twins only cared for each other and neglected her. William apologized, and they hugged each other. Before the night was over, Annette knitted a rainbow hat for William which he would love for a Christmas gift. When he visited the bench again, he felt the hat flew up and landed on top of a tree next to a ginger-color tomcat. The dragonfly, the cat, and the hat became a magical tale at Christmas.

Annette had her share of the magical moment when she received a gift of bubble bath from her late husband. When she poured the entire bottle into the bathtub, the bubble seemed to be with no end.

This is a lovely story told in a charming way. In between the episodes of the aging siblings’ lives were the beautiful poetry and photos from the author. 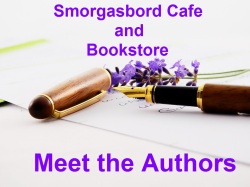 My name is Olga Núñez Miret and I’m a writer. I also do translations of other author’s work. What else? I was born in Barcelona, Spain,lived in the UK for many years and went back home again in the Spring 2018. Over the years I’ve done many things and had other lives but however far I wander I keep coming back to books and stories, my two earliest loves. When reading was no longer enough, I started writing. My first book was published in 2012 and my publications span different genres, from literary fiction to romance, Young Adult and psychological thrillers. I plan on writing more novels in the same genres and if my imagination so dictates, I will explore others. I love to connect with readers, so don’t hesitate to get in touch..

Olga has translated her own books into Spanish of course and she has also translated some excellent Spanish books into English and you can find out more here. Olga Nunez Miret – Translations

I really enjoyed this beautiful book. Told in parts in interviews with Mildred , her family, friends and new acquaintances of hers, this is a charming book about a woman making a life long dream come true.

Mildred is an instantly likeable character, a psychiatric nurse with a drive to help others. In her quest she meets a lot of other great characters with similar passions and resolves a few issues and problems on the way to her very own prom.

There is a wonderful air of diversity around the cast, people coming together and enriching each other’s lives. While the narrative documents the events and preparations taking place, the interviews cast additional light onto the characters, their past and likes and disliked.

I would recommend this book to anyone who enjoys a lovely story, engaging and warm characters and a feel good story through and through. A definite winner. 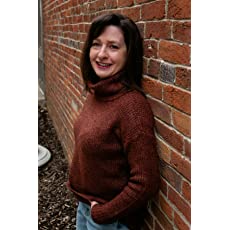 Teri Polen reads and watches horror, sci-fi, and fantasy. The Walking Dead, Harry Potter, and anything Marvel-related are likely to cause fangirl delirium. She lives in Bowling Green, KY with her husband, sons, and black cat. Sarah, her debut novel, was named a horror finalist in the 2017 Next Generation Indie Book Awards.

A recent review for Subject A36

Set in a dystopian future, Asher and his team live in a world where children with desirable traits (specific hair or eye color, physical strength, agility, etc), are captured and harvested for “gene stripping” so the wealthy can purchase coveted qualities like selecting from an a la carte menu. After seeing the destruction of his family, seventeen-year-old Asher has found a new family with his team, including, Brynn, who he has come to love and Noah, who is like a brother. But doing what they do comes with excessive risk and plenty of danger.From the start, there is barely time to catch your breath. The reader is given detailed insight into Asher’s character as well as multiple members of his team. Each are unique and fully fleshed out individuals, the good and the bad.

The Colony—which orchestrates gene stripping—is set on finding and capturing Subject A36, a genetically altered individual designed as the perfect killing machine.

This novel is packed with non-stop action, and shocking revelation piled upon revelation. The writing is smooth and snappy, scenes plunging like a roller coaster from one into the next. I devoured this book in two sittings and highly recommend it to anyone who enjoys dystopian fiction, great YA characters, and pulse-pounding action.