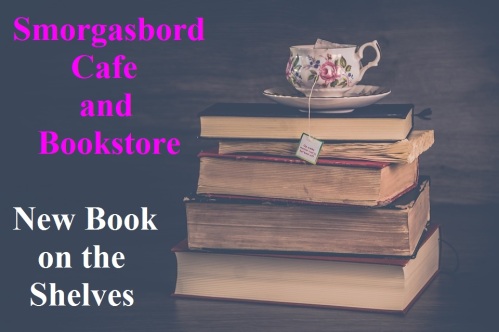 Today the featured award winning book has an interesting history, one that has only been revealed with the publication of the eBook version… The Gilded Beaver by Margaret Lindsay Holton

– What happens when an aspiring designer meets up with a big-wig financier? –

Winner of the Hamilton Literary Awards in 1999, ‘The Gilded Beaver by Anonymous’ has been updated in 2020 to reveal the author’s true identity.

Award-winning Canadian artist, Margaret Lindsay Holton explains, “I am free now from a decades-long agreement to hold-my-tongue until ‘one of us dies.’ The previously undisclosed client, ‘G’, passed on in March of this year in his 80th year. I can now claim this ‘story’ as my own.”

In this quasi-fictionalized account, Canadian fine furniture designer, Iris Ann Burdock, is introduced to one of Toronto’s financial-elite executives, Luke G. Henderson. He considers her, as well as a commission. The problem, for Iris, is that her recently-divorced client is moody and unpredictable. Iris must excavate his carefully-crafted façade to find the ‘real man’ in order to rise up to meet his design challenge. A witty and frustrating exchange erupts between them. Romantic sparks fly.

As the battle-of-wills escalates, Iris’s meticulous design efforts are contrast to her meandering solo sojourns to a 25-acre bush property in the backwoods of Muskoka. There, quiet reflection makes her question, again and again, what really matters …

“… a psycho-sexual tug of war in the world of design” – Spring Book Review, Globe & Mail, Toronto

A selection of books by Margaret Lindsay Holton

Holton is the winner of the K.W. Irmisch ‘Arts Person of the Year’ Award in 2016 from the City of Burlington. In 2018, she received the Alumni of Influence award by University College, University of Toronto and was nominated for the Premier of Ontario Arts Award.

Holton studied English Literature at the University of Toronto, and produced her first written works in the 1980s. She began her first novel, Economic Sex, while working as an English tutor in Spain in 1984. This literary work was published by Coach House Press of Toronto, under pen-name, Ali Janna Whyte, in 1985.

She produced and edited ‘The Spirit of Toronto: 1934-1984′, a compendium of essays by religious leaders of 45 different faiths highlighting multiculturalism in Toronto. Launched at Fort York, a hard copy was presented to the Pope’s personal secretary.

Holton registered her artist’s press, Acorn Press Canada,[13] in Ontario, in 1997. As a writing artist, she published her second novel, The Gilded Beaver by Anonymous, (1999), as well as two books of poetry, On Top of Mount Nemo (2002), and Bush Chord, (2006, with an e-edition in 2012) under her artists’ imprint. The Gilded Beaver by Anonymous novel won the Hamilton Arts Council[14] ‘Best Fiction Award’ in 1999. Her third novel, and Finalist for the Hamilton Book Awards, TRILLIUM, was first released in October of 2018.’

Holton apprenticed with her father, the late Luther Janna Holton (1922-2002), cabinetmaker and sole-proprietor of Holton Fine Furniture of Hamilton before going into business for herself in 1986 as a Canadian fine furniture designer in Toronto under ‘MLH Productions’.

Thank you for dropping in today and I hope  that you will explore Margaret’s books further. Some books are now out of print but there are used available as well as an E-version of Bush Chord. Thanks Sally.