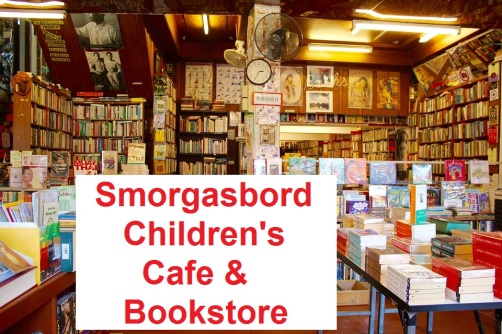 Award winning children’s author Janice Spina has new book to add to the shelves. Drystan the Dragon and Friends: Delbert Finds Himself. 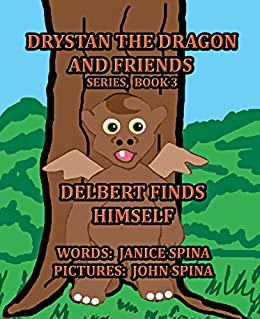 Drystan the Dragon and Friends is a series of six books about dragons, friendship, being kind and respectful to one another, and helping others in need. Children will learn about colors and letters too with the help of the colorful illustrations and rhyming verse. All the dragons’ names begin with the letter ‘D.’

In this book Drystan meets a few friend, Delbert, who has some difficulty meeting others. He is shy and not at all happy that he can disappear from view and blend in with trees. Read how Drystan helps Delbert realize how important it is to like himself no what color he is – for all colors are beautiful!

Michelle Clements James 5.0 out of 5 stars Even if we’re different, we’re still special. Reviewed in the United States on July 25, 2020

Delbert is a brown dragon who can turn blue. He is shy and likes to hide where no one can see him. He is a kind dragon. One day, he was blending in with a brown tree and moved behind a pile of stones and sticks to hide. He didn’t know that Drystan the red dragon was watching him from his cave. When Drystan approached Delbert and asked what he was doing, Delbert said, “I’m trying to hide from you.” When Drystan asked why he was hiding, Delbert replied it was because he was shy. Drystan, being helpful as a good dragon can be, told Delbert to eat blueberries. Delbert turned blue but decided he liked being brown better. He was worried that his family wouldn’t know him. Drystan told him how to turn back to brown. Delbert, being the polite and kind dragon that he was, thanked Drystan. Drystan told Delbert not to be shy because he would always be his friend and that, no matter what color he was, he would always be special.

Drystan the Dragon and Friends Series, Book 3: Delbert Finds Himself is a darling story that teaches young children to be friendly and kind and that no matter how different we look, we are still special. The author weaves all the books in this series into enchanting stories for the youngest book lovers while demonstrating an important lesson. Her books are beautifully illustrated with colorful pictures by her husband, John Spina. This book makes a perfect gift for young children in your life.

A small selection of books by Janice Spina 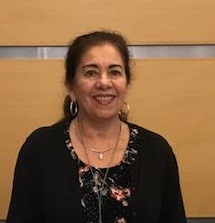 Hunting Mariah is her first novel to be published under J.E. Spina. She published her second novel, a paranormal/mystery/romance, How Far Is Heaven, June 2016. Book 3 of Davey & Derek Junior Detectives was published in August 2016 and Book 4 of Davey & Derek Junior Detectives Series in December on 2016. An Angel Among Us, a short story collection, was published in March 2017 and Jeffrey the Jittery Giraffe, a children’s book, in May 2017. Clarence Henry the Hermit Crab, Mariah’s Revenge, Lucy the Talented Toy Terrier and Abby & Holly School Dance, Books 1 & 2 in a series were published in 2018. Janice published her first fairy tale in 2019, The First Star.

Thank you for dropping in today and it would be great if you could share the news about Janice’s latest book.. thanks Sally.

54 thoughts on “Smorgasbord Children’s Cafe and Bookstore – New Book on the Shelves – Drystan the Dragon and Friends: Delbert Finds Himself by Janice Spina”